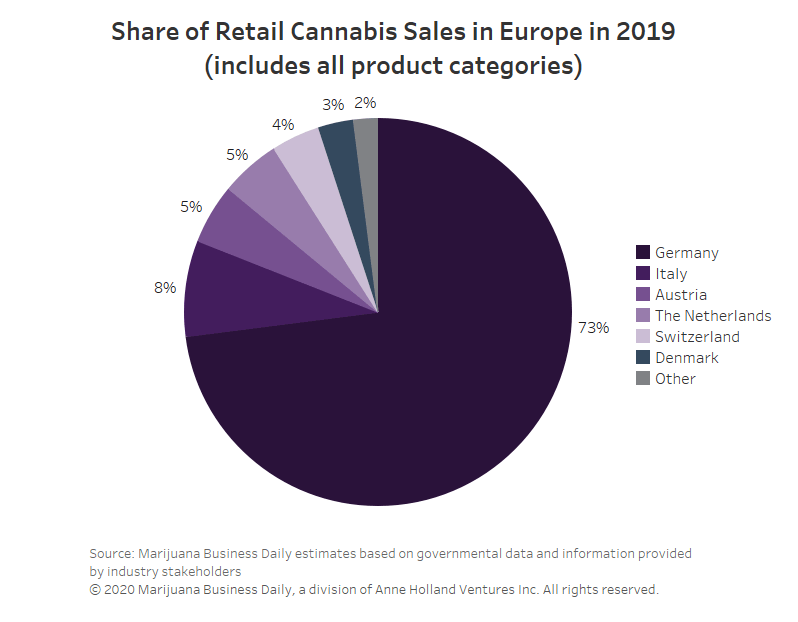 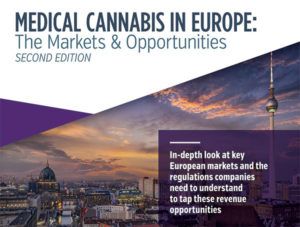 Europe’s legal medical cannabis market might one day eclipse North America’s, but in 2019 the market was worth roughly 240 million euros ($260 million) – meaning the continent is still far from reaching its potential.

That is one of the critical takeaways from Marijuana Business Daily’s updated – and free – report, “Medical Cannabis in Europe: The Markets & Opportunities.”

“This report provides industry leaders and investors interested in the European markets with a realistic estimate of current market sizes and a detailed analysis of the countries where the most opportunities exist,” wrote the author of the report, MJBizDaily International Analyst Alfredo Pascual.

Pascual believes executives will benefit from an honest picture of the market as it exists today, instead of relying mostly on wildly speculative projections of what could occur years into the future.

“Most cannabis companies don’t have years of cash available to spend without generating much revenue until those future multibillion markets materialize,” he said in an interview.

“While the long-term expectation of Europe being a massive medical – and, eventually, recreational – cannabis industry continues to show promise, this report highlights the reality of the market today, including the actual sales and the regulatory frameworks that exist in the main European markets,” Pascual wrote in the report.

“Medical Cannabis in Europe” lends credence to executives who are growing their businesses as the European market evolves.

That is another critical takeaway from the report, Pascual said.

“The risk some businesses face is they’re building facilities before laws and regulations are clear and before functional markets develop.”

Roughly half the retail value was accounted for in the markup that pharmacies add before dispensing the products in countries such as Germany and Italy.

A free copy of the “Medical Cannabis in Europe” is available for download here.