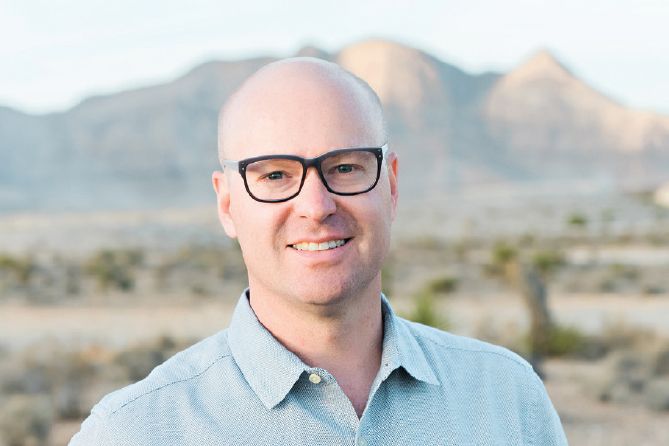 CEO of The Source dispensaries and Nevada Organic Remedies, and president of the Nevada Dispensaries Association

What was your biggest business “aha” moment?

It was at the moment our state decided to commercialize the marijuana industry – when the Nevada legislature passed a law in 2013 to allow dispensaries to finally open. I got interested. My background is in commercial real estate and lending, and in Nevada you had to have your locations secured even to apply. Once I saw a path to commercialization, I thought, “You know what? I think I can do this as well as anybody.”

What’s been your biggest mistake?

Our cultivation facility has been our biggest challenge. Finding the right grow team in a brand-new, recently legalized state is hard. It was difficult to find growers who could produce quality marijuana in the necessary quantities and then pass Nevada tests – all right out of the gate.

There’s a lot of smoke and mirrors out there. Seeing beyond the façade and really understanding a team’s expertise is critical, and we made that mistake early on.

It’s just like hiring somebody – really getting into their background, testing their expertise. You have to look at proof of the product they’ve grown in other locations. And you’ve got to understand at a deeper level their history, background, reputation. All that is key. We have a really, really top-notch grow team now, but it didn’t start out that way.

How do you know when to go it alone, and when to work with others?

You can’t do everything at an expert level in this industry. It’s too complex. Partnerships, JVs, and licensing deals are very common and can make a lot of sense in new markets. However, I’ve seen many pitfalls as a result of blindly getting into business with people you barely know. The only way I know how to avoid those mistakes is through extensive due diligence and focusing on exactly what each party brings to the partnership.

Looking back, what would you have done differently?

When we opened, we didn’t know whether or not recreational was going to pass. It was really hard to chart our path not knowing if we would be medical only forever. It turns out that those who assumed it would pass are now benefitting from having ramped up early. They planned for expansion and added extra cashiers at their facilities, for example. They built extra capacity at their grow facilities. They had extra staff and training and square footage. For us, we took a middle-of-the-road approach. We built retail stores that could handle a lot of value, and that’s paying off now. But in our grow facilities, we did not ramp up full-scale cultivation. And now we’re playing a little bit of catch-up.