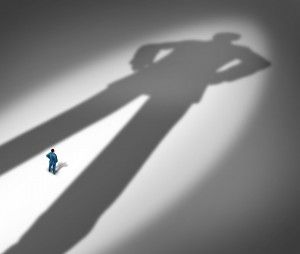 It took some time, but edibles manufacturers have finally figured out ways to expand beyond their home states and begin developing national – even international – brands.

The pace has accelerated in recent months, with numerous established edibles companies entering new markets at home and abroad.

Amid this change, a new question has emerged: Will edibles makers eventually have to go big if they want to survive in the long term?

The fear is that smaller players won’t be able to effectively compete against large, dominant brands that become household names with patients and consumers. That’s certainly the scenario that has played out across a wide range of consumer packaged goods, including everything from candy bars and sodas to toothpaste and cigarettes.

But executives and industry insiders say that while the big boys will certainly push some small edibles companies out of the market, there will likely always be room for boutique product makers – much like craft breweries have a huge share of the beer market.

“I don’t think it’s a matter of survival. It’s just a matter of market share,” said Ata Gonzalez, the owner of California-based G FarmaLabs, which has expanded already into Washington State and is looking to enter Nevada and Maryland.

Expansion, he said, is “the natural progression of a business,” so there will certainly be companies that aspire to become giants.

“You’ll never be a Coca-Cola if you’re only in one state,” Gonzalez said.

But that’s not exactly what every edibles maker wants, said Bob Eschino, co-founder and partner at Colorado-based Medically Correct, which produces the Incredibles line of products.

Eschino pointed out that the industry’s rapid growth will continue to create opportunities for both small and large producers alike. U.S. marijuana sales via dispensaries and rec stores are expected to rise from around $3 billion last year to as much as $8 billion by 2019, according to the 2015 Marijuana Business Factbook. Much of that growth will come from the budding edibles sector.

“There’s plenty of business out there. If you want to be a boutique edibles manufacturer making a million dollars a year, that’s a nice business,” Eschino said.

“It’s no different than any other industry, in the sense that you’ll have large manufacturing facilities, such as Chips Ahoy and Budweiser, and you also have really small boutique manufacturers that kill it on the local level,” Lewis said. “I don’t think that bigger is necessarily better.”

Lewis was one of several in the edibles space that drew a direct comparison between her industry and the beer market, in which there are generally a few select national brands that dominate a lot of sales, but there are still dozens – if not hundreds – of small-scale producers that focus on quality over quantity.

And she’s right on the money with that analysis, said consultant Greg Gamet.

“Quality always wins out in the end,” Gamet said. “(Customers aren’t) going to go to a dispensary because they market their name and have a famous rap star on their label. You’re going to go because they have quality marijuana.”

Besides, expanding into new markets can be a real headache for edibles manufacturers – and a misstep could sink the business or sap its cash reserves.

Because it’s still illegal to make and then ship products across state lines, businesses typically have to find local partners that they trust and want to do business with. Then they have to go through the rigmarole of essentially starting up practically an entirely new business: they need to find production space, find suppliers for cannabis with which to make oil, and then build a distribution system.

There are dozens, if not hundreds, of things that can go wrong.

“That’s it in a nutshell. Trusting the people you’re working with… and then finding the deal where everybody’s happy,” Eschino said of the difficulties involved in expanding.

Another hurdle, said Bhang Chocolate’s Scott Van Rixel, is often simply residency requirements that are fairly common in a lot of cannabis markets. That’s usually what forces companies to find local partners who have lived in a particular state for at least a year or two. But it’s also what makes licensing agreements so attractive.

“In several states, that is a real hurdle, that there isn’t a way around, unless you’re operating through licensing agreements. But then you’re not a partner,” Van Rixel said.

He should know – Bhang has one of the broadest presences of any edibles maker in the country, with products available in five states and the District of Columbia, as well as in Canada and the Netherlands. The company is also prepping to debut in New York, Illinois, Florida, Uruguay, Puerto Rico and Jamaica.

Van Rixel said his company has had to retool a lot of its product line to fit regulations in various states, including for the upcoming market in New York, which is set to begin sales in January.

What the edibles sector may look like in five or 10 years, however, is a much bigger question, he said. But for now, even smaller companies like Lewis’ Mountain Medicine have room to grow. She just hired a whole new sales team, for instance.

And the edibles sector itself is really still in its infancy, Gonzalez pointed out. So it’s difficult to predict how the sector will evolve.

“We’re all like home brewers at the moment,” Gonzalez said.