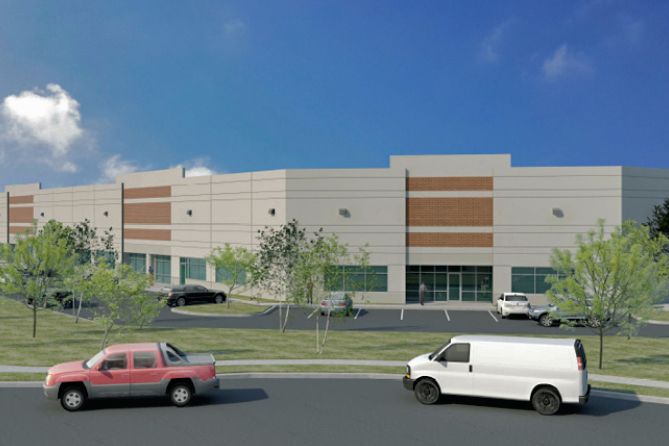 It was no small feat.

“We explored several potential financing paths but settled on raising capital in an initial public offering and becoming a public company,” said Paul Smithers, CEO of Innovative Industrial Properties. “As a public company, we feel we can be more nimble in capital raising and more effectively fund the acquisition opportunities we are seeing, in addition to the credibility and cache that accompanies a listing on the NYSE.”

But before you start the rigorous application process, it’s best to know what to expect and how to prepare.

Smithers’ advice: Assemble a top team of legal experts, accountants and underwriters with IPO experience, and map out a detailed strategy.

And while it may seem obvious, you must “be sure that going public is the right choice,” said Smithers, who co-founded Innovative Industrial Properties with executive chairman Alan Gold in June 2016.

“It takes a tremendous dedication of time and resources to conduct a successful IPO and to operate as a public company going forward,” Smithers said. “With our team’s extensive management experience in other publicly traded real estate companies, we felt that we understood well the benefits and challenges of being a public company.”

Smithers said conducting an IPO – one subject to detailed review by the Securities and Exchange Commission and a national exchange – is a rigorous, long and costly process.

According to PricewaterhouseCoopers, companies incur an average of about $3.7 million in costs directly attributable to their IPO. That’s in addition to fees paid to underwriters, which often hit 5%-7% of gross proceeds.

“It requires a tremendous amount of preparation, an experienced management team and strong outside advisers, including lawyers, accountants and underwriters,” Smithers said.

Innovative Industrial Properties initially contacted the NYSE in July 2016 regarding a potential listing in connection to its IPO. Over the course of months of working with the NYSE, the company received authorization for listing its common stock on the NYSE under the ticker “IIPR.”

The IPO was completed last December. The offering drew a tepid response from investors, closing down 4.25% on its first day.

One thing to keep in mind when you’re pursuing an IPO: The experience of your management team and underwriters is one of the key issues the exchange weighs, Smithers said.

“We believe that the experience of our management team was one of the most important factors that the NYSE considered,” Smithers said. “Our co-founder and executive chairman, Alan Gold, is a 30-year veteran of the real estate industry, having previously co-founded two NYSE-listed REITs.”

One of the firms Gold helped launch was BioMed Realty Trust, a life science real estate company that went public in 2004. Gold ran the company as CEO and chairman through its sale to Blackstone Group in early 2016 for about $8 billion.

If you plan to go public, you must be prepared to answer questions about your ancillary company’s ties to the cannabis industry.

“This was not a standard IPO – we feel we were breaking new ground at every step of this process, given the industry that we serve,” Smithers said. “In particular, the IPO process required a granular review of state and federal (medical marijuana) laws and interpretations of those laws in a rapidly evolving legal landscape. And that is something that we have to focus on every day, not just to run our business as effectively as we can, but also to provide the most meaningful disclosures we can for our investors.”

To ease concerns, focus on your ancillary business plan and how it fits within federal enforcement priorities at the time.

“We believe that our business plan to operate strictly as a real estate company, focused on providing real estate solutions to licensed, high-quality medical-use cannabis cultivators operating in states with well-established rules and regulations, was also a significant factor in our favor as we worked through the NYSE application and SEC registration processes,” Smithers said.

“We believe our business plan fit squarely within the federal enforcement priorities at the time, in addition to the protections offered by the congressional Rohrabacher-Farr Amendment and pending legislation, as well the rapidly evolving public perception of cannabis for medical-use purposes.”

Prep for a Successful Road Show

An IPO road show is a company’s opportunity to meet one-on-one with fund managers and other potential investors in your company. It is a way for investors to get to know the management team personally, learn more about the company and ask specific questions.

Preparation is of the utmost importance for these road shows, Smithers said.

“You can’t underprepare,” he noted.

Innovative Industrial Properties’ road show lasted 16 days, and the management team conducted more than 80 meetings with individuals representing both institutional and retail investors across the country.

“Our underwriters got us in front of the right people, and our senior management also had a strong reputation for running public companies and building stockholder value, so that also did open a lot of doors,” Smithers said.

It’s also critical to have a substantial deal lined up before your road show to reassure potential investors. Before conducting its IPO, Innovative Industrial Properties signed a $30 million agreement with PharmaCann, a medical marijuana company operating four dispensaries and a cultivation center in New York as well two cultivation sites and four dispensaries in Illinois.

The deal involved Innovated Industrial Properties acquiring PharmaCann’s 127,000 square-foot New York cultivation and processing facility in a sale-leaseback transaction, with a lease for an initial term of 15 years and two five-year lease extension options. PharmaCann’s operations across the United States served as a guarantee.

Innovative Industrial Properties inked the agreement before the company started its road show, and the deal was contingent on a successful IPO.

Innovative Industrial Properties closed on that transaction a few weeks after its initial public offering.

One other tip for your road show: Create a clear, concise and compelling presentation, Smithers said.

“It should last no more than 10-15 minutes to leave sufficient time for questions and answers,” he said. “You must also thoroughly prepare to answer any question as substantively as possible, including questions regarding rapidly evolving landscapes.”

Such was the case for Innovative Industrial Properties, which conducted its road show around the November 2016 presidential election – which changed the landscape for the cannabis industry.

“When we met with different institutions, we had to assume that not everyone was well-versed on the federal and state regulatory environment of medical-use cannabis, so we sought to provide a brief, but comprehensive, framework of the current environment at the beginning,” Smithers said.

“Afterward, we felt that people in the room generally came away with a better understanding of the size of the market, the growth potential and the opportunity.”