The family of a Denver woman who was shot and killed by her husband in 2014 after he consumed cannabis-infused candy is suing the manufacturer of the edible and the store that sold it for wrongful death.

The case is possibly the first wrongful death lawsuit against the recreational cannabis industry, the Denver Post reported. At least one legal expert said it was unlikely to succeed.

The lawsuit claims that Gaia’s Garden, the company that made the edible, and Nutritional Elements, the store that sold it, “negligently, recklessly and purposefully” failed to warn Richard Kirk about the candy’s potency and side effects, including psychotic behavior.

ADVERTISEMENT
In January 2015, Colorado regulations went into effect requiring recreational edibles to be wrapped individually or demarcated in portions of 10 milligrams of THC or less.

Sam Kamin, a professor of marijuana law and policy at the University of Denver, said the suit’s chances of success were slim. 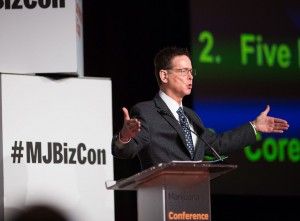