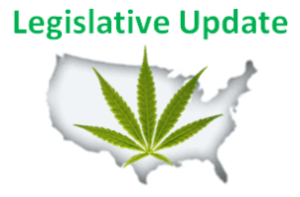 Prospective hemp growers are celebrating Tuesday’s passage of the Farm Bill in the U.S. Senate, as the legislation could be the first step toward creating a multi-billion dollar hemp industry.

Tucked into the $956.4 billion Farm Bill is an amendment proposed by representatives Jared Polis, Thomas Massie and Earl Blumenauer that allows universities and state agricultural departments to grow and research the industrial properties of the plant without fear of reprisal from the federal government.

President Obama is expected to sign the bill into law on Friday.

The only states that are allowed to grow and research under the rule are the 10 states that currently have laws legalizing hemp farming: California, Colorado, Kentucky, Maine, Montana, North Dakota, Oregon, Vermont, Washington and West Virginia.

While this clause may seem minor, it could have major repercussions for hemp cultivation.

The Farm Bill represents the first time industrial hemp has been defined by federal law since the plant was banned under the 1970 Controlled Substances Act.

The term “industrial hemp” refers to the commercial qualities of certain varieties of the cannabis plant. Unlike marijuana, these industrial varieties contain only trace amounts of THC. But the Controlled Substances Act banned all cannabis, including industrial hemp.

While the Farm Bill is a five-year act, which means hemp’s current classification is not permanent (like the Controlled Substances Act), hemp advocates are optimistic that the government will continue to differentiate industrial hemp from marijuana in the future.

That means the government can pass legislation that is specific to hemp, which could include removing it from the Controlled Substances Act. The Industrial Hemp Farming Act is currently pending in the House and Senate, and the bill would reclassify the plant permanently.

“Hemp will make serious inroads into the American economy once the definition becomes permanent in American law,” said Tom Murphy, national outreach coordinator for Votehemp.com. “It will do this immediately after that happens.”

What does the farm bill allow?

Before hemp can be utilized for its full industrial purposes, it does require some additional researching. Much of our knowledge of various hemp strains was lost over the last generation due to faulty records keeping. Seeds were destroyed or left to rot, and the germplasm was destroyed. Breeding records are gone. Some of the breeds are actually extinct.

“We need to develop labs,” said hemp advocate Jason Lauve at the 2013 National CannaBusiness Conference and Expo. “We need to pull out the genetic structures of hemp and develop them.”

The Farm Act allows these states to study the “growth, cultivation and marketing” of hemp. It also allows states to draft their own administrative rules, which means these states can outsource cultivation to local farmers and begin growing as soon as the local rules are accepted. And there is no cap on the amount of hemp that can be grown, or for the size of a research facility.

“You could grow 1,000 acres if you want to,” Murphy said. “If you can create these administrative rules in time, you could have crops in the ground this year.”

Hemp is a versatile plant, and industry estimates say it is currently used in approximately 25,000 different products across the globe. Its woody center area is used in building materials and paper. Its stalks are turned into rope, clothing and fabric. Its seed can produce a wide variety of foods, as well as fuel and soap.

Canadian company Motive Industries Inc. has even produced a car made entirely out of hemp.

In the U.S., hemp products already have a sizable foothold. The Hemp Industries Association estimates the total retail value of hemp products in 2012 was nearly $500 million. Hemp-based food and supplements, alone, reached about $171 million that year.

But the U.S. imports its hemp products, primarily from China, Romania and India. The U.S. also accounts for 90 % of Canada’s hemp exports. U.S.-grown hemp would quickly erase this dependence. A study conducted by the University of Kentucky estimates that hemp cultivation produces $100 to $300 per acre, which is similar to corn and soybean rotation.

Lauve estimates that Colorado alone could become a $1 billion-a-year producer.

“We’re in the early-adopt stage of all of this,” Lauve said. “The hemp product world is big and evolving very quickly.”