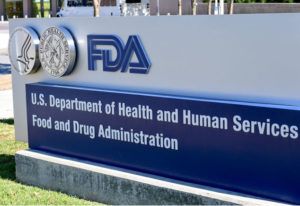 (This is an abridged version of a story that appears at Hemp Industry Daily.)

The U.S. Food and Drug Administration has approved a naturally derived CBD drug, a landmark decision that will trigger the health agency to seek rescheduling for the cannabinoid from the Drug Enforcement Administration (DEA).

The FDA signed off on the use of Epidiolex, a drug from Britain’s GW Pharmaceuticals, to treat two kinds of epilepsy. The decision caps decades of work by the company to gain approval in the U.S. for a medicine derived from the cannabis plant.

FDA officials noted the significance, signaling a new approach to looking at a plant still defined in federal law as having “no currently accepted medical use.”

Prior approval has been granted for medicines derived from synthetic cannabinoids.

Once the DEA gets the FDA recommendation for how CBD should be scheduled, it has 90 days to decide. The agency may ignore the FDA’s position, but that is considered unlikely in this case.

Kristen Nichols can be reached at [email protected]