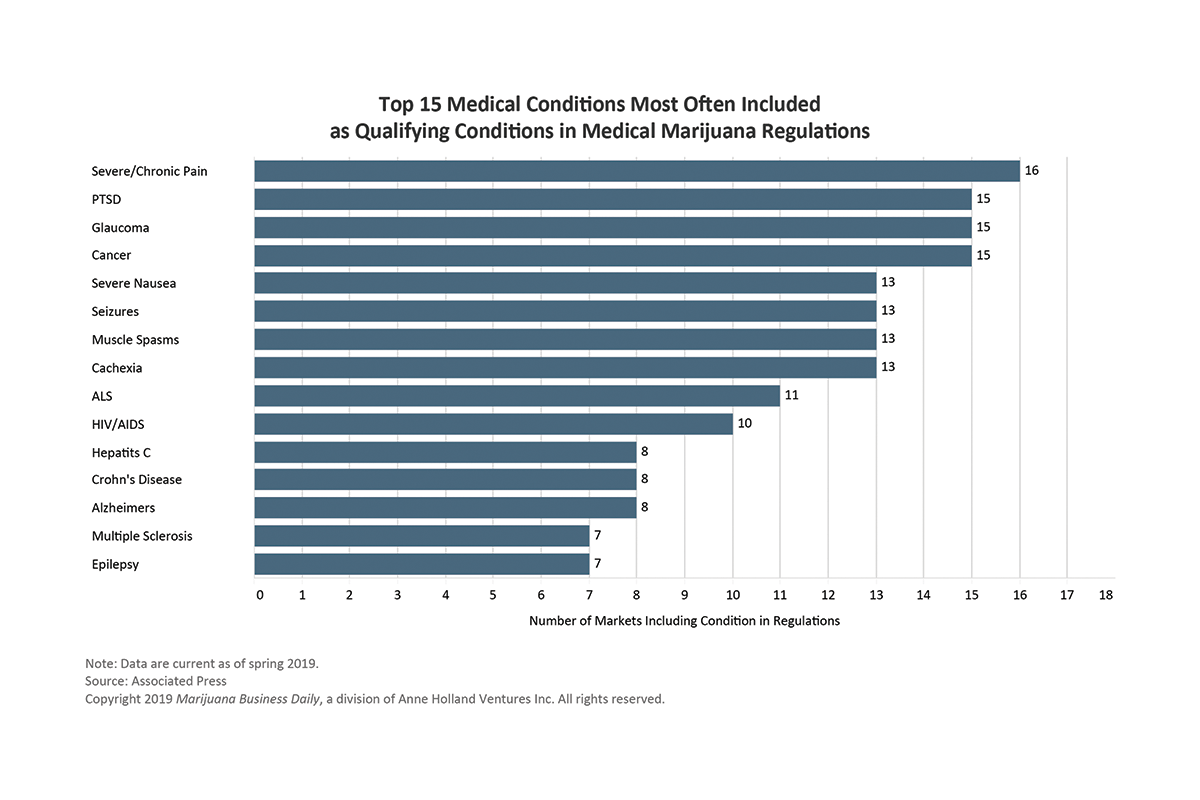 There are growing signs the U.S. Food and Drug Administration (FDA) and federal authorities could be changing their attitudes and policies toward cannabis, potentially paving the way for more studies and additional opportunities for partnerships. Those signs include:

“I would suggest from a high level that the wheels seem to be turning pretty quickly here regarding the use of cannabinoids as therapeutics,” said Stephen Schultz, vice president of investor relations at GW Pharma.

Already, a growing number of companies as well as universities and other institutions are running clinical trials involving cannabinoids. According to ClinicalTrials.gov, a U.S. government database of federally approved medical studies, there were 182 active federally approved studies into cannabis in the United States as of Aug. 28.

“Any company that wanted to explore the use of cannabinoids as medicines and go through the FDA’s route can do so,” GW Pharma’s Schultz said. “Evidenced by the fact that we’ve been able to develop Epidiolex for certain treatment-resistant epilepsies through the FDA’s process would suggest that’s a doable scenario for anyone.”

But the number of federally approved cannabis studies and Schultz’s comment shouldn’t leave the impression it’s easy to build a company that harnesses cannabinoids into FDA-approved medicines.

Rather, it’s a long and expensive process. As Schultz noted, GW Pharma was founded in 1998 but didn’t get FDA approval for Epidiolex until June 2018. Late that year, the company’s product became available by prescription at a reported annual price tag of $32,500, although it is covered by some health insurance.

“We would hope that other companies would be able to leverage the breakthrough work that we’ve done, to be able to follow that path,” Schultz said. “But GW’s success comes on the back of 20 years of work. This isn’t a company that was set up overnight to take advantage of this situation. This is a company that was established specifically to develop cannabis-derived pharmaceutical medicine in England in 1998. The chemical composition of our medicines is by design and goes through preclinical evaluation, clinical evaluation, regulatory review and is then made available to patients.”

Beyond research, federal authorities are under pressure to establish regulations governing the booming CBD industry sooner rather than later, according to analysts.

“The consumer demand for CBD is so high, and the political will supporting CBD is so high, that the FDA is really trying to bend over backwards to allow this industry to remain,” said Will Garvin, an FDA specialist in the cannabis practice of the Buchanan Ingersoll & Rooney law firm in New York.

“No matter what, the feds will be involved in some way, shape or form, sooner than later. A couple things will happen. One, the FDA will come in and probably shut down a lot of people who are making medical claims—and we’ve already seen some of this start to happen. They will be more focused on manufacturing standards,” Vita said.

“They’re going to become very discriminating in terms of who can import or ship across state lines. Then you’re going to have enforcement that’s going to treat it as a regulated substance, and anyone who operated outside of those regulatory structures is going to have a real problem.”