And then there were five…dispensaries allowed to grow medical cannabis in New Jersey, that is.

Compassionate Sciences was granted a license to begin growing and dispensing medical cannabis on Monday by the state Health Department, according to NJ.com.

For months, New Jersey had only three operational access points for patients, although the 2010 law allows for six nonprofit dispensaries.

The latest dispensary will be located in Bellmawr, in the southern part of the state, just across the Delaware River from Philadelphia.

Compassionate Sciences already has an indoor cultivation facility and dispensary built and ready to go, but it will have to submit its MMJ to state testing before it can open for business. The dispensary is expected to begin serving customers sometime in the fall.

Another dispensary recently received permission to start growing as well.

Chart of the Week: Average Purchase Amount at Dispensaries Ranges From $60 to $100+ 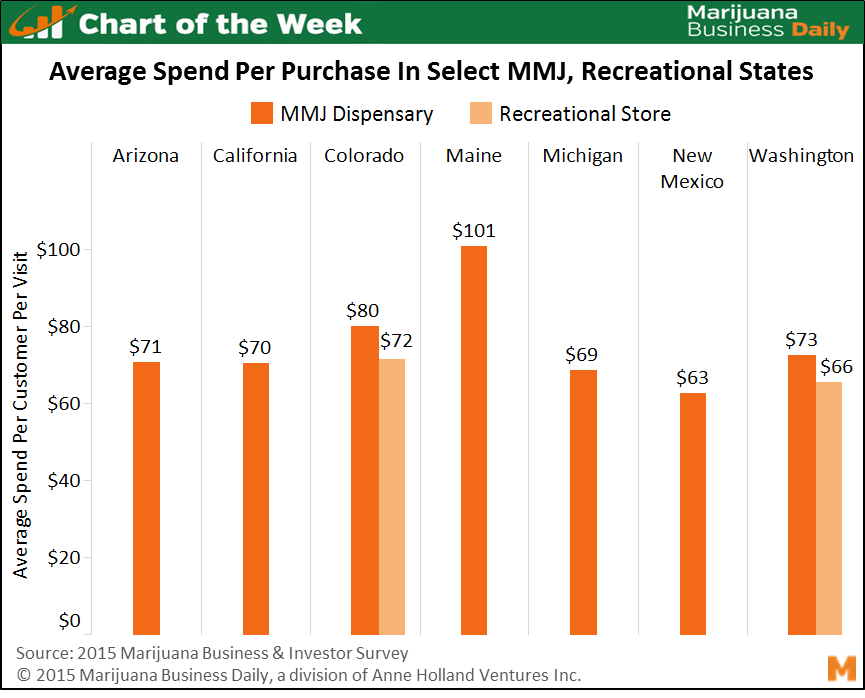 CBD Laws Largely Symbolic Victories, as Business Opportunities Are Few and Far Between