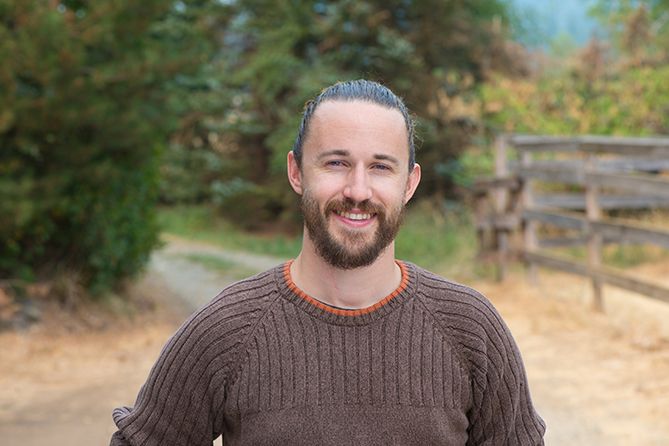 The number of federal civil racketeering lawsuits filed against marijuana businesses is on the rise, forcing companies named in a lawsuit to spend tens of thousands of dollars trying to fight the claims.

Plaintiffs are using the Racketeer Influenced and Corrupt Organizations Act (RICO) to target cannabis companies under the premise that their enterprises are illegal under federal law – even if they are abiding by the rules of state-legal programs.

Legal experts are divided about the financial risk the lawsuits pose to the industry, but the growing number of cases is concerning to many, especially cultivators.

“There is a greater risk of (racketeering) litigation at this point because of the greater publicity, and the potential for copycat litigation is heightened,” California cannabis attorney Omar Figueroa said.

In a nutshell, RICO:

“My advice is don’t be too shocked if you’re named in a lawsuit,” said Mason Walker, owner of East Fork Cultivars in Oregon, which grows cannabis for the adult-use market.

Walker should know. He was named as a defendant in a RICO lawsuit in July brought by Oregon attorney Rachel McCart, who has filed three RICO suits in the state.

As bad as it sounds, however, a RICO case is a civil suit, not a criminal one. “It’s not like you’re going to be hauled away and go to jail,” Walker said.

Here are steps cannabis companies can take to prevent RICO lawsuits in the first place – and what to do should you suddenly find your company is the target of one.

“The best antidote to RICO litigation is to be a good neighbor,” Figueroa said. He recommended marijuana business owners:

Interacting with the community is “far more constructive than not engaging in the neighborhood and having the neighbors develop irrational fears based on reefer madness,” Figueroa said.

The California attorney recalls that some of the early marijuana businesses in distressed parts of Oakland formed solid relationships with neighbors by working to help beautify their neighborhoods.

“They literally were sweeping the streets,” he said. “Neighbors appreciated how the beautification was making their lives better.”

Being proactive will lower the odds of being the target of a RICO suit, although it’s impossible to completely insulate your business.

“It’s hard to eliminate the risk of a lawsuit, but at the minimum it helps to reduce (your exposure),” said Robert Mikos, a cannabis law professor at Vanderbilt Law School.

That said, addressing neighbors’ concerns quickly can help diffuse situations before they escalate. For example, a common complaint among neighbors of marijuana operations is that facilities emit a “skunklike stench.”

To prevent such claims before they happen, Kris Krane, president of cannabis consulting firm 4Front Advisors, encourages indoor cultivators to invest in air-filtration systems and other technology to reduce odors.

Installing such equipment might be expensive, but the upfront fee is not as costly as hiring a legal team to defend yourself against a racketeering suit.

Parker Walton, owner of CannaCraft in southern Colorado and a defendant in a RICO suit, said air filtration for his business is handled within an HVAC system that cost about $150,000. CannaCraft’s building has 7,200 square feet, about half of which is used for cultivation.

Each room of his indoor cultivation area is sealed and fitted with its own rooftop HVAC unit. The company’s flower rooms have additional air-sanitation units at a total cost of $15,000 for five units, he said.

Even with those systems in place, earlier this year he hired an expert to conduct odor analysis of the business.

The consultant used a field olfactometer to measure odors at his property as well as at the perimeter of his neighbor’s land.

The device picked up odors only on two instances in three days, Walton said, and those were inside CannaCraft’s fence line.

Despite the good results, Walton installed a SecureAire APS-1000 portable air-purification unit in his lobby in June to further reduce smells. He said the units typically cost $3,000-$4,000, but he received one in exchange for monitoring and graphing air-particle counts.

If you hear of neighbor complaints about your operation and are struggling to figure out what to do, seek advice from an attorney or consultant who understands these issues, experts advised.

What If You Are Sued

Walker of East Fork Cultivars in Oregon said he suspected it was a matter of time before he got sued because of the approach being taken by McCart, the Oregon attorney who has filed three RICO suits in the state.

“There’s nothing we could have done to prevent this from happening,” Walker said. “We are doing quite well, but this is a challenge for us.”

For those who find themselves named in a RICO suit, Walker offered these recommendations:

Walker said he talked with a marijuana operator in Colorado who was told by an attorney that legal costs would run about $125,000 to see a RICO case through. Weighing the potential cost, the defendant in that case decided to settle with the plaintiff instead.

But Walker doesn’t want to settle.

“I view it as a pretty obvious attempt at a shakedown,” he said. “I don’t think it’s too cynical to suggest that reaching a settlement is their intended outcome. We have a gray area between state and federal law, and they’re exploiting it for monetary gain.”

Under the provisions of RICO, plaintiffs also can name “co-conspirators,” such as landlords, property owners, mortgage companies, consultants – even customers.

Walker said 200 individuals and businesses have been listed as defendants in his case – including his customers, who make cannabis-infused products from his marijuana.

“It’s a pretty big swing, and we’re hoping that proves to be a mistake,” Walker said of the wide swath of defendants listed in the lawsuit.

Walker hopes he not only wins the case, but that he and his fellow defendants are able to “claw back some of their legal fees.”

Walker said he is heartened that the RICO claim in one of McCart’s other cases in Oregon was dismissed in August, when a federal judge ruled that the plaintiffs had failed to show a concrete financial loss.

Michael Mayes, CEO of Chicago-based cannabis consultancy Quantum 9, noted: “If you can’t prove damages – that is, property value decreasing – then it is hard for the cases to hold weight.”

Still, the only thing likely to eradicate the lawsuits is federal marijuana reform that makes state-legal programs also legal under federal law.

“You might still have some lingering suits because of actions taken before federal marijuana reform,” Mikos said.

But if state-legal marijuana programs are legal under federal law, he said, “then they can’t form the basis for a federal RICO suit.”

As RICO Case Goes to Trial, Defendant Urges Others to Fight

As he says today, he happened to win the wrong lottery: In 2015, he was one of the first groups to be sued under the federal anti-racketeering law known as RICO.

Three years and nearly $150,000 in expenses later, his case is finally heading to court. A jury trial scheduled in Denver was due to begin the week of Oct. 29.

“I’m still shocked to this day how little the majority of people know about this (issue),” Walton said. “On the surface, it just looks like a dispute between neighbors. But digging into it, it’s much bigger than that.”

Indeed, legal experts nationally are watching closely to see how a jury will decide the issue and what that might mean for pending cases.

The plaintiffs, who own dozens of acres of pasture-like property near Walton’s operation, claim that his cultivation facility emits a “noxious odor” and has diminished the value of their property.

Walton and other defendants argue that the neighbors – Phillis and Michael Reilly – haven’t proved a concrete financial loss. A nonprofit group called Safe Streets Alliance is a co-plaintiff that has backed the Reillys. On its website, Safe Streets articulates the belief that “drugs ruin the world.”

According to court documents, the Reillys often visit the property on weekends to ride horses with their children, but they don’t live there full time.

RICO allows plaintiffs triple damages if they win. Walton said that if he were to suffer a large monetary loss, it would put him out of business.

He said he and his wife already have been “put through the ringer” by the lawsuit.

Yet, his biggest piece of advice to those who are in the same situation can be summarized in one word: Fight.

“Tucking your tail in and running, that’s not the right precedent to set,” Walton said. “That’s giving them a victory.”

Walton initially was named a defendant because he owned the property in question, but the lead defendant was Alternative Holistic Healing, which held the cultivation license. Walton managed the operation for Joseph Licata, the principal owner of the business.

Walton said he purchased the cultivation license in August 2016. Two years and thousands of dollars in legal fees later, he said he doesn’t regret the decision to buy the permit, despite the lingering lawsuit.

The case has been particularly frustrating, though, because it was dismissed by U.S. District Judge Robert Blackburn, only to be resurrected by a federal appeals court in Denver and sent back to district court in the summer of 2017.

Walton said he produces on average 50-60 pounds of marijuana a month and employs eight full-time people, including himself. If not for the suit, he probably would have hired more people.

But the suit has made expansion plans impossible to contemplate.

“I’m scared to really do anything because this case is so weird,” he said. “It’s always in the back of my mind.”