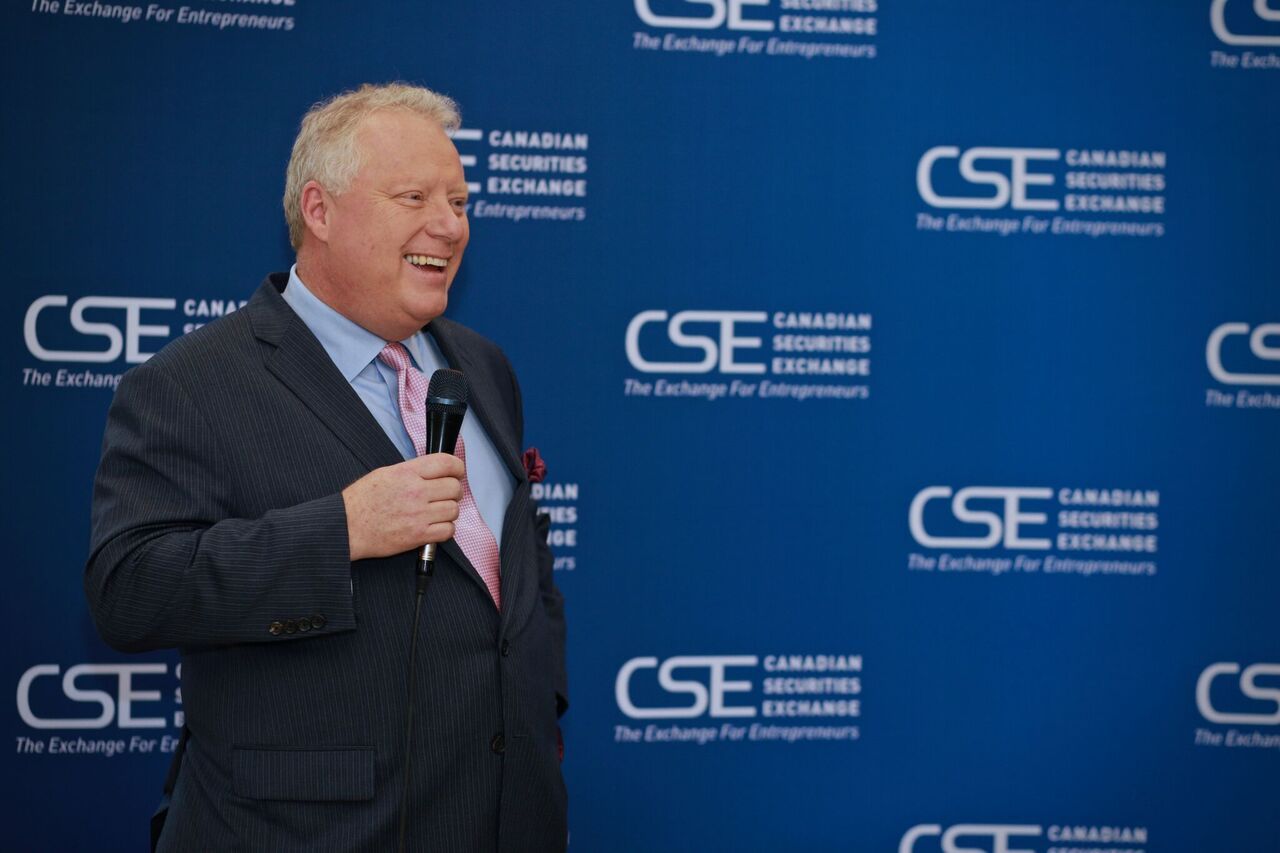 That’s when medicinal cannabis companies in Canada, buoyed by new federal regulations, first turned to the public markets for capital to grow their businesses. They found the incumbent exchanges – including the Toronto Stock Exchange – ambivalent about the sector, however.

“By the summer of 2014, we had become the center of the industry to raise capital,” he said.

Some of today’s biggest cannabis companies used the CSE as a springboard to become international players. Aurora Cannabis was an early issuer and was valued at $3.2 billion (CA$4.3 billion) as of mid-July.

Of the 75 medical cannabis companies listed on the CSE as of late June, 26 were from south of the border.

“Look at the valuations that Canadian investors are providing to issuers operating both in and outside Canada,” Carleton said. “The fact that you can provide liquidity for early stage investors, (going public in Canada) seems to be a very compelling proposition” for privately held U.S. companies.

Carleton spoke with Marijuana Business Magazine about Canada’s public markets and what American companies need to know about them.

How can a public listing be used to raise capital?

The Canadian public markets – which include the dealer community, auditors, law firms and so on – have raised billions of dollars for the medical cannabis industry from its inception four years ago in Canada.

We have a demonstrated record of raising money, and we know from the pace of transactions recently that there continues to be an appetite in Canada for companies in the cannabis space and in particular for companies with operations in the United States.

What do American medical cannabis companies get out of listing on the CSE as opposed to the Toronto Stock Exchange?

TMX Group (parent company of the Toronto Stock Exchange, or TSX) has indicated they will not list companies with exposure to the cannabis industry in the United States, so it is simply not an avenue for them to consider.

There is a well-established secondary market for cannabis companies, so liquidity is proving to be very good for these companies. That enables some of their early stage investors to take some money off the table at that point.

What do American cannabis companies absolutely need to know about going public in Canada?

As companies list with us via a listing statement or do a distribution covered by a prospectus, there are things companies need to focus on.

The Canadian Securities Administrators have two notices out, specifically directed at companies with U.S. cannabis operations, about the disclosure requirements they’re required to meet in their listing statement or prospectus – and then as a matter of ongoing, continuous disclosure.

This relates to their legal position: How are you operating legally in the state where you’re located? What compliance programs do you have in place? How are you ensuring you’ll continue to meet these requirements? What’s the risk analysis if you were to fall outside the operating boundaries that have been set by the state regulatory framework?

How can a U.S. cannabis company become a reporting issuer in Canada?

Whether you’re a private company in the U.S., or whether you’re already an SEC (Securities and Exchange Commission) filer, you have to become a reporting issuer in Canada to list here.

There are three ways:

Some folks believe it’s faster to get to market via reverse takeover, but I’m not sure that’s true. There are also extra costs associated with that approach.

What are some mistakes you see companies make when going public?

Companies sometimes see their going-public date as the finish of the process. It’s really just the start.

The small-cap space in North America is extremely crowded. In the cannabis space there are dozens and dozens (of small-cap companies). So, investor relations and telling your story is an ongoing responsibility if you’re going to set yourself apart from what is a very large range of investment opportunities. It’s a skill that companies need to plan for as they enter the public market.

You have to be telling your story constantly to the market for them to be paying attention.

We’re a small company ourselves competing with giants, so we know it’s difficult with a small team to devote time and energy. But it’s a requirement, and it needs constant attention.