The 48-foot billboards  – which read “I’m A Patient Not a Criminal” and “Prescribed in Israel” – are part of a larger effort by the non-profit group The Silver Tour to target older voters. The next step of the campaign will involve local TV ads and eventually a national push for legalization.

The billboards will help create a greater awareness of MMJ as Florida considers whether to move forward with medical cannabis legislation this year. A Florida lawmaker recently introduced a proposed constitutional amendment in the House that would allow adults to use marijuana for medical reasons, while a companion bill was introduced in the Senate. If lawmakers sign off on the proposal, it would then end up on the fall ballot.

The Silver Tour will host a 3 p.m. press conference today at All Star Sports Bar & Grill in Pompano, Florida (2201 W. Sample Road), to discuss the billboards and talk about its upcoming plans. The group has hosted MMJ-themed events for Florida seniors in the past few months, bringing in nurses, doctors, medical marijuana patients and others who support using cannabis for medical reasons.

Seventeen other states are considering medical cannabis proposals this year as MMJ gains greater acceptance among the public. 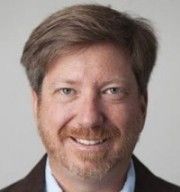