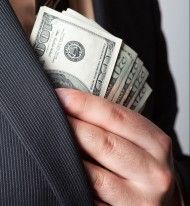 Roughly 90% of financial and product loss in the marijuana industry can be chalked up to employee theft, according to security experts who work with cannabis companies.

“Almost all theft is internal that we’ve seen,” said Dan Williams, chief executive officer of Canna Security America, which operates in 12 marijuana markets across the country.

The other 10% of product loss results from either external theft, such as robberies, or simply poor tracking by companies, experts said.

Employee theft is prevalent in most industries but is particularly challenging for cannabis companies, which often deal with large amounts of cash and a product that is easy to pilfer. That increases the temptation among workers to divert some money or cannabis into their own pockets – and makes employee theft much more difficult for businesses to identify and prevent.

Businesses can lose tens of thousands of dollars a year to employee theft, which adds up to millions of dollars annually across the industry.

“If you look at it being a $700 million market in Colorado, (employee theft amounts to) probably 2-3% of that,” said Steve Owens, the founder and CEO of Adherence Information Management, referring to how much legal cannabis was sold in the state in 2014.

There are plenty of ways for employees to skim from cannabis companies to line their own pockets.

Owens said he had a marijuana client with an employee who lowered the price of high-quality cannabis flower for a friend, providing an enormous (and unauthorized) discount.

Owens’ company investigated, discovering more than 50 instances in a single month of the employee stealing with that method. The estimated loss to the company: $20,000.

“We do uncover theft, and then we find out that it’s pretty rife here in Colorado, just because of the part-time nature of the workforce,” Owens said. “And a lot of them are underpaid, so they feel that they’re owed something, quite frankly, and so they steal product.”

Williams said he had one marijuana shop client with an employee that actually facilitated an armed robbery.

“Two men who were armed with handguns came in, and it turned out that the person behind the front counter knew them. She actually texted them about three seconds before they came through the door, and said kind of ‘all clear,'” Williams said. “It was completely an inside job.”

Another story Owens offered was a time when a budtender simply took advantage of an unlocked vault at a cannabis shop where she worked, and walked out the door with $75,000 in cash.

“The vault was open, and the downstairs door was open as well,” Owens said.

But there are plenty of other instances that are much simpler: Employees pocket some flower or cash here and there, which often goes undetected.

There are plenty of ways that marijuana companies can avoid such situations, experts say. One of the top ways is to be diligent with tracking inventory and resources.

“Anything that they can do to create a time, date and attendance stamp on any time product moves” can help mitigate loss, said Rick Rolland, president of Rolland Lock and Safe Co., which works with the cannabis industry. “The technology is there. The question becomes, are the dispensaries savvy enough to adopt the technology and apply it to their products?”

For example, Rolland’s company is just beginning to roll out a new line of safes designed for the marijuana industry that include an automatic recording device of who opens the safe, and when.

During a speech at the Marijuana Business Conference and Expo in Chicago last week, DeAngelo advised those in the audience to purchase a vault, multiple safes to put in the vault, motion detector alarms, biometric locks, software for tracking cash transactions, armored car services, and even an in-house generator as a backup for power in case the electricity cuts out.

“Of course, all that adds to your security costs,” DeAngelo said. “They’re expensive, but they’re a lot less expensive than a robbery or a theft.”

It’s also important to have policies in place to deal with employee theft, because it’s essentially a foregone conclusion for nearly every business, DeAngelo said. That’s why Harborside has a three strikes policy regarding theft. Employees generally get two chances to set themselves straight, and then they’re terminated.

Williams said that if it isn’t already worth the investment to marijuana shops to spend money on technology upgrades for security, then it soon will be. He suggested that a good way to cut down on employee theft from the front counter is to obtain a kiosk that accepts payments, instead of a regular salesperson with a cash register.

And a good way to mitigate theft from cultivation areas (which is where he sees a lot of theft) is to install electronic access doors that use key cards and badges, and record who’s entering cultivation areas along with a time stamp, Williams said.

“Because you have a log of anybody who’s entered those rooms, and you’re able to pull that up and video and figure out who’s stealing pretty quick,” Williams said.

Many marijuana businesses are also too lax when it comes to taking stock of where their products are, Owens said.

That way, if something goes missing, it’s easier to narrow down what may have happened and when.

“The most successful dispensaries around here hire full-time employees and offer them a small part of profit-sharing,” Owens said. “If you’re continually hiring part-time people, and you have turnover, and you’re going through new staff every three to six months – which I see out here a lot – they’re trying to put Band-Aids on the problem. You need to bring them in and make them part of the solution, and reward them for good work.”