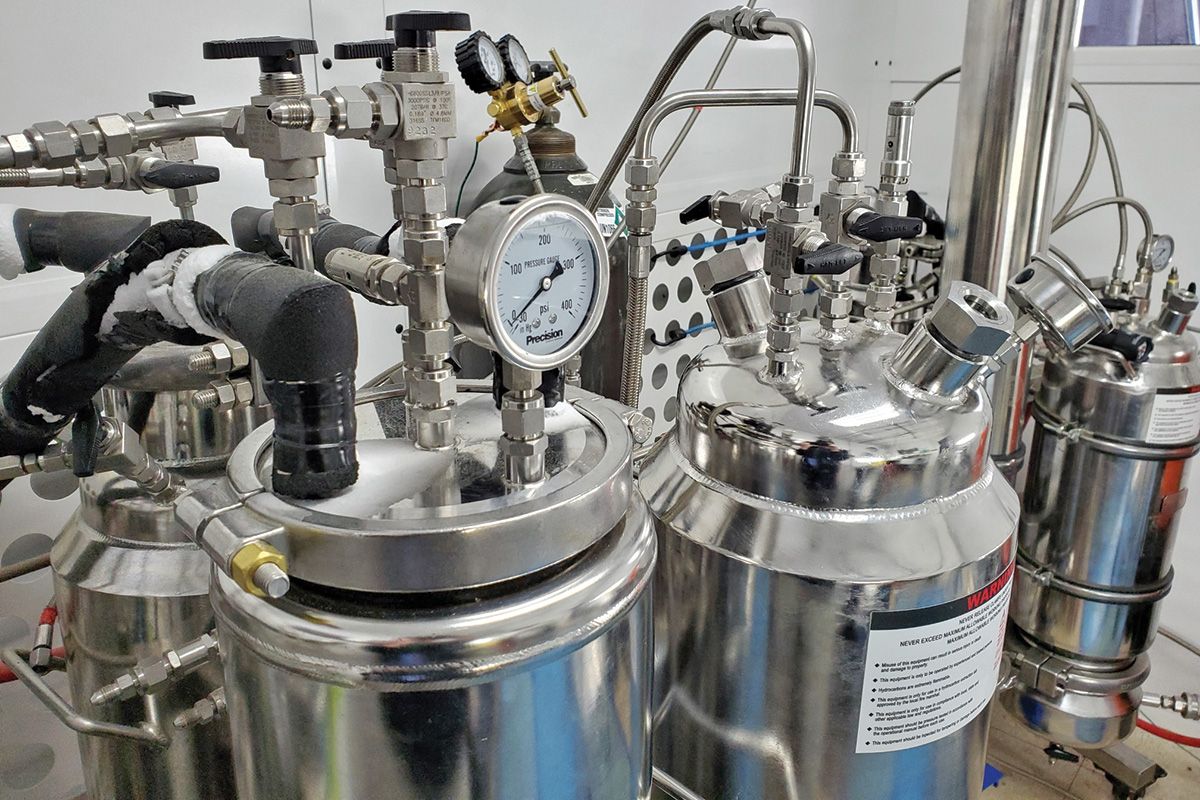 Equipment is one of the costliest purchases a cannabis extraction company can make, with some machines fetching hundreds of thousands of dollars.

Many extraction-equipment suppliers promise high efficiency, easy maintenance and quick throughput with a low price tag, so finding a manufacturer that will meet your needs requires adequate vetting.

When preparing to purchase new extraction processing equipment for a facility, be sure to consider:

“Start with the end goal,” said Tyler Robson, CEO of Valens GroWorks, a Kelowna, British Columbia-based cannabis extraction and testing company. “Depending on the type of refined product you want, tailor an extraction process to get there, whether it’s CO2, ethyl alcohol (ethanol) or hydrocarbon.”

For Taylor Durmer, chief operating officer of Denver Dab Co., a Colorado-based marijuana extraction business, he wanted a machine that was capable of handling more than one solvent—butane and propane—for the variety of concentrates it could produce, including sugar wax and shatter.

In 2015, when Durmer started creating concentrates, his hydrocarbon-extraction system could process about 2-3 pounds of raw material at a time.

“If everything was equal, we would have bought a bigger unit at the time,” he said.

Durmer recommends that anyone buying a machine consider one larger than current needs demand.

Since 2015, he’s purchased two other hydrocarbon machines: one with more volume and the other a little smaller but allowing for more premium product formulation.

It’s also a good idea to build in redundancy. For example, in Robson’s operation, he would rather run multiple medium-sized machines than one large one, in case something breaks.

“Any time we start running a machine at 70%, we go buy another one,” he said. “Just to make sure if and when a machine goes down, we can still run that excess capacity.”

At Spherex, a CO2 extraction and distillation company based in Aurora, Colorado, founder and Chief Technology Officer Niccolo Aieta guessed on the high side of his company’s potential, and Spherex is still growing into the equipment he purchased.

“We thought we were going to be processing 20% of the marijuana that’s being grown in the state, and right now we’re processing 3%-4%,” he said. Spherex is processing 2,000-3,000 pounds of cannabis a month, according to Aieta.

When he chose the extraction manufacturer for Spherex, Aieta said he wanted to use a company that wasn’t designing equipment specifically for the cannabis industry but was instead an existing chemical process equipment manufacturer.

Aieta decided to go with Thar Process, the more established equipment company, because he found it to offer a higher level of professionalism and quality. Also, the company had been around longer.

“The trick there is being able to speak enough geek to those engineers to let them know what you’re actually doing with their equipment,” he added.

Extraction machines break. Pumps go out. The rotary evaporator stops working. And any time the machine is down means lost production and lost money.

“If you break a piece of glass or a motor goes out and you need a replacement part the next day, you want to hope they know what you’re talking about,” Aieta said. “Time is very important.”

Robson said his company expects a lot of support.

“The least amount of downtime possible is greatly appreciated on our end,” he added.

Some parts are more prone to wearing out, and Robson expects his manufacturer to have those parts on standby so that a pump can be replaced within 24 hours if it stops working.

“Customer service is a big thing in my book,” Durmer said. He expects to have an open line of communication with the manufacturer’s tech department.

Even better is to select reliable equipment up front.

One way to find out if a manufacturer is worth its salt is to ask around. Word-of-mouth travels far in a tight-knit community such as the cannabis industry.

According to Durmer, the state of Colorado does a pretty good job vetting manufacturers and provides a list of approved manufacturing companies for extraction firms. The approved equipment providers have all gone through a third-party peer review.

Another option would be to search online extraction forums such as Future 4200, which is a lively discussion venue for those in the extraction sector to share concerns and information.

Robson said he expects to be allowed to visit an operational facility to see a machine in action before purchasing it.

“If people aren’t willing to give you recommendations of companies that are using it, I wouldn’t be buying it,” he said.

And be wary of any company that overpromises.

“You get what you pay for,” Robson said. “We’ve tried to find cost-effective measures. It didn’t work.”

Select a company that will provide adequate training on how to maintain the machine, including a detailed operator’s manual.

Expect the manufacturer to clearly detail how often a machine needs to be cleaned. Some devices have five parts that need to be disassembled and cleaned; others have 10. A shorter amount of cleaning time between lots is better.

An extraction company should “absolutely” expect help with training for ongoing maintenance, according to Robson.

He’s been running certain manufacturers’ machines seven days a week for the past year and hasn’t had an issue yet, but that doesn’t mean one isn’t coming.

“You’re going to have a problem,” Robson said. “It’s inevitable.”