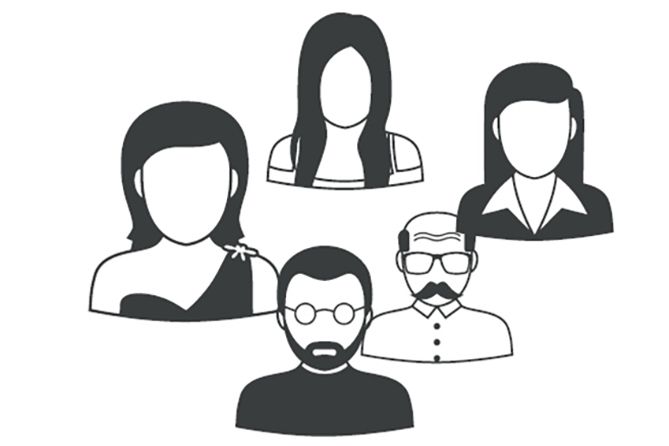 Millennials might be a cannabis company’s bread and butter. But middle-aged and older adults are increasingly turning to marijuana for medical or recreational use—and that underscores the need for cannabis businesses ranging from retailers to makers of infused products and concentrates to develop generation-specific marketing, advertising and outreach strategies.

“There’s so much advertising clutter out there,” said Chuck Underwood, founder and principal of The Generational Imperative, an Ohio consulting firm that helps businesses better understand and market to different generations.

Every generation has unique triggers in their brains, he said. When advertisements appeal to those triggers, it tells members of that generation, “This ad or this TV spot is meant for you,” he said.

“Generation-specific messaging does a stunning job of cutting through the clutter,” Underwood added.

Your marketing, advertising and outreach strategies should resonate with:

Keep research, digital strategy and education top-of-mind when you craft your messaging, Underwood and other marketing experts advised.

“Especially with cannabis, what will work in dispensaries and in generic marketing and advertising is a really cut-the-crap, give-it-to-me-straight educational campaign,” Underwood said.

What matters to them: Millennials are empowered and engaged, Underwood said.

They’re also early adopters of new technology and supportive of social movements, including cannabis consumption, according to DiBlasi and Taylor West, senior communications director at Cohnnabis, a marketing agency in Denver. Millennials crave authenticity and transparency in marketing, they added.

How to reach them: Use Instagram or similar storytelling media that emphasize visual components, including video and photography, DiBlasi and West said. Cannabis brands should avoid Snapchat for now, DiBlasi cautioned, because the platform doesn’t make it easy to target messages to audiences 21 and older.

Millennials are driven by a “what’s next?” attitude, Underwood said. That’s why it’s critical to stay tuned into the media channels millennials use, because they tend to immerse themselves in a platform, exhaust its use, then move on, Underwood said.

Millennials also look for many trusted sources to verify product and advertising claims, so word-of-mouth is critical, West said.

When more broadcast advertising avenues open to cannabis businesses, ads on Hulu or the ESPN app will be worth exploring, West added.

Messages and strategies that resonate: A social responsibility campaign resonates if it has an authentic connection to the brand, West said.

“Remember to take a stand,” DiBlasi said. “Brands that are unwilling to commit to a set of values risk losing millennial consumers, because with more spending power, millennials are now—more than ever—strongly positioned to demand more from companies.”

For example, Nike’s “believe in something, even if it means sacrificing everything” campaign tapped into cause marketing for social justice and had an authentic connection to the athletic brand.

Another example: The shoe brand Toms has a one-for-one campaign. For every pair of shoes consumers buy, Toms donates one pair to someone in need. Seventy-three percent of millennials are willing to pay more for products and services from companies dedicated to social and environmental change, DiBlasi said.

Influencer marketing—typically done by a popular social media personality with large followings on Instagram or YouTube—also wins big with millennials, DiBlasi added. Fifty-eight percent of millennials like ads more when they feature one of their favorite digital stars, she said.

And some that don’t: Cynical, negative or angry messages won’t resonate, Underwood said.

A traditional celebrity endorsement strategy isn’t likely to be effective with this age group, West said. When celebrities lend their names to a line of products, it falls short because it lacks an authentic sense of involvement with the brand, she added.

Pepsi’s “Live for Now” campaign with Kendall Jenner failed because it was tone deaf toward communities and social injustice, DiBlasi said.

Percentage of total sales across each product category by generation

What matters to them: Gen Xers are skeptical—and borderline cynical—about marketing and brand messaging, and they prefer evidence-based materials, West said. They also value transparency, she noted.

Men who are Gen Xers are often “searching” for something and seeking to define their masculinity, while women are “surging” and celebrating their independence, Underwood said.

Gen Xers are also nostalgic for their childhoods, DiBlasi and West said.

It’s important to note that members of this group are adjusting to legal cannabis consumption after being inundated with anti-marijuana propaganda in their childhoods, West added.

How to reach them: They’re avid Facebook users and they want to verify advertising claims with many sources, West said.

They rely on mainstream media—television, radio, print—for information, too, she noted.

Direct mail can work, too, DiBlasi said. Eighty-six percent of Gen Xers collect their mail every day, and 68% use coupons they receive in the mail, she added.

Messages and strategies that resonate: Think about #ThrowbackThursday and #FlashbackFriday campaigns for Gen Xers because it resonates with their nostalgia, DiBlasi said.

Last year, Google produced a “Home Alone” holiday ad that featured Macaulay Culkin for its Google Assistant smart home device. That resonated with Gen Xers because it played to their sense of nostalgia, DiBlasi noted.

Secret, the women’s deodorant brand, had a television commercial that featured a woman changing a man’s flat tire, with the tagline: “Secret. Strong enough for a woman.” That resonated with female Gen Xers, Underwood said, because it appealed to women’s strength and individuality. Likewise, a commercial for the Hummer sport utility vehicle encouraged men to “restore (their) manhood,” he added.

Consider fact-based messages on the wellness and therapeutic uses for cannabis, and an emphasis on discretion and ease of use, West said.

And some that don’t: Nissan produced a web ad that showed happy young adults dancing to cheerful, upbeat music in the street and piling into a Cube model car; it might have resonated with millennials but not with Gen Xers, Underwood said.

Lacoste’s “Save Our Species” campaign celebrated social causes, but it didn’t resonate with Gen Xers because the causes didn’t directly affect them or their families, DiBlasi said.

As for cannabis brands, West said, fewer Gen Xers are interested in “getting high” as a recreational activity. They’re also less interested in products that boast high potency. Brands that focus on those concepts are less appealing, she noted.

What matters to them: Baby boomers have a “forever young” attitude, and being empowered and engaged are important to them, Underwood said. They’re also outgoing, joyful and assertive, he said.

They have a strong work ethic, they’re optimistic, and they’re brand loyal when trust is built, DiBlasi said.

They do not want to be reminded of their age, and they naturally associate cannabis with a looser attitude toward marijuana that existed in the 1960s, West added.

How to reach them: Baby boomers are purposeful and goal-oriented internet users who research extensively
before buying products, DiBlasi said. Search engine optimization is important for brands because baby boomers spend so much time searching online, she noted.

Boomers are the most frequent and active users of Facebook, and they’re more likely than other generations to share information on the social media platform, DiBlasi and West said.

Boomers are also more tuned into email and are heavy consumers of mainstream media, including broadcast and cable television and radio, Underwood and West added.

Messages and strategies that resonate: A campaign that appeals to boomers should have strong Facebook elements and the content should be educational and entertaining, DiBlasi said.

For example, Intuit produced an animated video titled “A Giant Story” that delivered “practical education about the power of finance software” married with entertainment, DiBlasi said.

Disney World produced a 30-second TV spot to celebrate the 100th birthday of Walt Disney that featured a list of the core values that resonate with boomers, Underwood said.

And some that don’t: Underwood developed a list of seven words that marketers must never use when pitching to boomers.

In other words, boomers don’t want to be reminded of their age or be made to feel old, he and DiBlasi said. They’re much more likely to engage with brands that acknowledge their interest in active, healthy lifestyles, DiBlasi added.

What matters to them: The silent generation is more traditional and conservative than other generations, DiBlasi, Underwood and West said. Dedication, sacrifice and patriotism matter to them, and they also have a respect for authority, they noted.

How to reach them: They’re the most active consumers of mainstream media, and they’re the most likely to read and respond to print advertisements, Underwood and West said.

About 59% of the silent generation is active online, mostly on Facebook, DiBlasi said.

They also rely on referrals from family members and trusted professionals, including physicians and nurses,
West noted.

Messages and strategies that resonate: The silent generation tunes into marketing messages that celebrate traditional family values, their work ethic, their love of automobiles and their fond memories of trading stamps or loyalty stamps, Underwood said.

You have to earn their trust and make your value offer clear, DiBlasi said. Military messaging or call-to-duty messages also resonate with the silent generation’s patriotism.

Budweiser, for example, had an “Our Heroes” campaign to feature its military scholarships. And Verizon had a military appreciation campaign that said, “There’s no place like home. We will help you get there.”

In terms of cannabis, product development, marketing and packaging should all be designed to resemble products this generation is already comfortable with—think pharmaceutical products, including capsules, tablets and topicals, including creams and ointments, West said.

And some that don’t: Marketing or advertising that promote counter-control or rebelliousness don’t resonate with the silent generation, West said.

References to protests, drugs—including the legalization of recreational marijuana—and promiscuity won’t resonate with this generation.