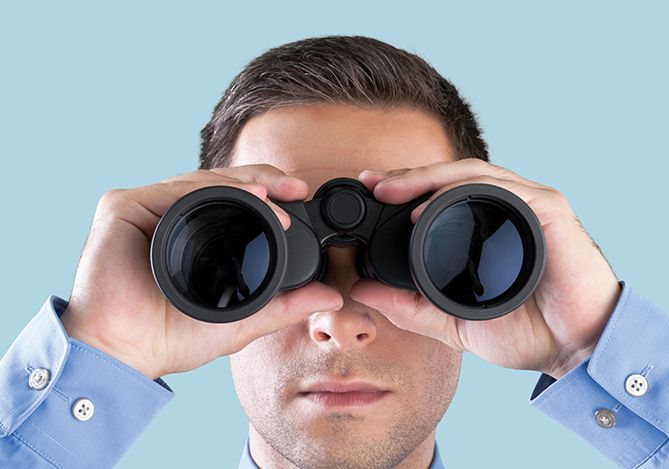 As more countries legalize medical and recreational cannabis, entrepreneurs are seizing the opportunity to become pioneers in the marijuana business.  From South America to Europe, India and Israel, companies are popping up to tackle cultivation and research, while others launch retail sales and ancillary businesses.

Some companies with an established record in other industries are making the transition to cannabis. Swedish firm Alfred Pedersen & Son, a success story in traditional agriculture, is partnering with Aurora Cannabis of Canada to create a production facility in Denmark that is likely to control a notable share of the MMJ market in Northern Europe.

Bombay Hemp Co. was founded in 2013 to produce textiles, but its marijuana-research side business carries the potentially lucrative first-mover advantage: Should India legalize medical marijuana, Bombay Hemp Co. already is operating in the world’s second-most-populous country and has established connections with suppliers.

Other firms, such as Tikun Olam of Israel, aren’t content to stay in one place. With business interests in Australia, Europe and North America, Tikun Olam is a truly international corporation operating in the medical cannabis space.

The following are just some of the companies worth watching as the global cannabis market expands in the years ahead.

Why to Watch: In 2017, Alef Biotechnology established a partnership to market and distribute the products of Canadian medical marijuana producer Tilray in Chile and Brazil.

The Chilean government has authorized Alef Biotechnology to produce cannabis, and the company is building a production plant and a research and development center. Tilray’s agreement with Chile calls for its MMJ products initially to be sold through pharmacies in the capital, Santiago.

Why to Watch: Alfred Pedersen & Son is a longtime producer of fruit and vegetables in Sweden, working with 60 growers across the country.

The firm has entered into a joint venture with Vancouver, British Columbia-based Aurora Cannabis to build “Europe’s largest” medical marijuana production facility in 2018. The whopping 1 million-square-foot operation, dubbed Aurora Nordic Cannabis, will be a fully automated facility based in Denmark.

The new facility’s geographic positioning could make it one of Northern Europe’s biggest first movers in the MMJ space, meaning it could quickly turn into a dominant market force. While Alfred Pedersen & Son is licensed for the growing operation, Aurora’s existing unit in Germany will be charged with selling cannabis throughout the Scandinavian region.

Why to Watch: A major producer of pharmaceutical-grade cannabis, Bedrocan International also has made significant strides in research and development of MMJ.

It’s also leading a trend away from using street strain names, instead choosing to assign its own names to plants. According to the company, each strain is standardized based on pharmaceutical standards.

In 2016, Canada’s largest marijuana producer, Canopy Growth, acquired Bedrocan Canada, a licensee of Bedrocan International. Bedrocan Canada then launched a large-scale clinical cannabis study to evaluate quality of life before and after medical cannabis use.

Why to Watch: Bombay Hemp Co., or BOHECO, last year won the first medical marijuana research license ever issued in India, the world’s sixth-largest economy. BOHECO’s research with India’s Council of Scientific and Industrial Research represents a rediscovery of sorts in a nation that lays claim to the world’s oldest marijuana market, with recorded cannabis use dating to 1000 B.C.

BOHECO was created in 2013 by a group including former Deloitte executives to make hemp clothing, yarns and industrial textiles. The company’s B Label clothing line, mostly sold online, comes from hemp fibers grown in China and processed in India. More tantalizing is BOHECO’s work with medical marijuana; though limited to laboratory research now, medical marijuana in India represents a huge opportunity.

The company attracted nearly $1 million in funding last year from investors, including the managing editor of Google India, and is poised to be first on the market if medical marijuana becomes available to some of India’s 1.3 billion residents.

BOHECO is privately held, but the company claims it made about $39,000 last fiscal year on its clothing; greater profits are expected to materialize in future years, as the medical marijuana market emerges.

Why to Watch: This UK biopharma company – and its California-based subsidiary, Greenwich Biosciences – is poised to disrupt the U.S. cannabis industry. That’s because GW Pharmaceuticals is nearing U.S. Food and Drug Administration approval for the first cannabis-derived prescription medicine in the United States. The drug, Epidiolex, treats rare types of epilepsy that don’t respond to other medications.

That patient base isn’t huge, but FDA approval would be a seminal moment for the cannabis industry, because it would be the strongest endorsement yet from a department of the U.S. government that cannabis has medicinal value, despite marijuana’s classification as a drug with no medical use. GW Pharma has another cannabis-derived drug, Sativex, which treats multiple sclerosis symptoms and is approved for use in about 30 countries, though not in the United States.

GW Pharmaceuticals’ industry potential inspires a mixture of awe and dread among many U.S. producers of cannabis-derived treatments. Many fear that the advent of an FDA-approved cannabis medicine could spell disaster for other producers of medical marijuana. When physicians have an option to prescribe cannabis, the thinking goes, what happens to doctors recommending marijuana that patients are free to acquire from any producer?

Why to Watch: So far, only a handful of truly international cannabis companies exist, and PharmaCielo is one of them. The Canadian firm is poised to make major inroads in the South American market as one of just 33 licensed producers in Colombia, as of January 2018.

PharmaCielo expects to begin MMJ sales in 2018, but a company spokesman declined to specify exactly when that may be. He said the company’s first Colombian MMJ crop was planted in late 2017 and should be harvested by summer. He added that production costs for commercial cannabis in Colombia have been “5 cents (U.S.) or less per dried flower gram,” which suggests that either Colombian MMJ commercial prices could be rock bottom when the market debuts or that licensed producers could reap serious profits, depending on price markup and production overhead.

Why to Watch: In 2017, Spectrum Cannabis Denmark broke new ground when it announced plans to build a 430,000-square-foot production facility in Odense, Denmark’s third-largest city.

The company is a joint venture between Canada’s Canopy Growth and Danish Cannabis ApS, a European hemp producer. The companies are converting an existing greenhouse into a medical cannabis grow. The new facility is expected to employ more than 125 – including the greenhouse’s former orchid growers, who are being offered employment.

Canopy was slated to invest $8.12 million (CA$10 million) in the joint venture.

As Spectrum Cannabis develops its grow facilities, it will import product from Canada. The company hopes to capitalize on Denmark’s market, which has a strong pharmaceutical industry and foundation in research.

Spectrum Cannabis plans to develop around a dozen cannabis strains as well as oils and capsules.

Why to Watch: Tikun Olam is among the companies setting the international bar for the cannabis industry. Outside its home nation, the company has medical cannabis business interests in Australia, Canada and at least seven U.S. states. It also has plans to enter the European market this year.

Tikun Olam said 2017 was its “largest growth year since starting its U.S. operations in 2015.” In early 2018, the company closed on a $7 million offering of 6% convertible promissory notes that mature in March 2019. A spokeswoman said the money would go toward further U.S. expansion.