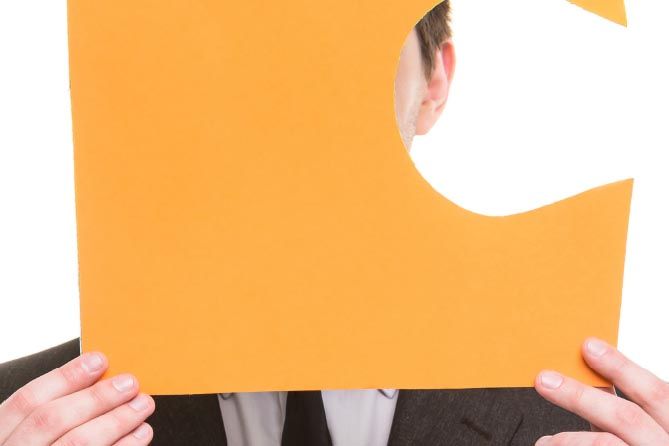 Consultants can help launch your business and save you money, but vet them thoroughly beforehand

Zeina Frayha and Terry Saad, the wife and husband team behind HerbaFi Wellness in Silver Spring, Maryland, were newbies to the marijuana industry but did have business backgrounds.

He came from finance. She came from marketing. Before receiving a license, the couple figured they knew enough to put together a winning proposal to open a dispensary in what’s expected to be one of the largest medical marijuana markets on the East Coast.

Applying for the license ended up being the easy part.

Even before Frayha and Saad won their preliminary license in December, they encountered problems finding cannabis-savvy real estate agents and contractors. The couple also had dozens of questions about operating a dispensary.

“We originally wanted to go about it ourselves,” Frayha said. “But as we progressed, we realized there were so many questions we had, there were so many roadblocks we were hitting, that it would be convenient to work with someone. We felt like we needed someone with prior experience to walk us through it.”

That someone turned out to be Chanda Macias, owner of the National Holistic Healing Center in Washington DC and a medical marijuana business consultant. It proved to be money well spent.

Consultants can help aspiring cannabis entrepreneurs – like Frayha and Saad – get their idea off the ground. They can also help more established companies improve their bottom line or expand into new markets. But before hiring a consultant, it’s critical to vet candidates thoroughly and assess your own strengths and weaknesses.

“The smartest thing an entrepreneur can do is acknowledge what they don’t know. If you’re aware of what you don’t know you’ll seek people who can educate you,” said Michael Hayford, CEO of two medical cannabis businesses: Silver State Wellness, a Las Vegas cultivation and manufacturing company, and Las Vegas ReLeaf, a dispensary.

“You may know startups and technology, but do you know what good cannabis looks like, or what the sanitation protocols are for a grow site, or how to handle inventory turnarounds in a dispensary?” added Hayford, who’s hired consultants and previously worked with technology startups. “I understood sales, marketing, customer service. What I didn’t understand was agriculture.”

Frayha and Saad hired Macias after hearing her speak at a cannabis conference in Washington DC. The couple approached her and traded contact information. Before long, the duo decided that if they won a license they would hire Macias to help them launch their business.

“When you look at the A to Z of opening a dispensary, we felt maybe we knew 50% of it, but the other 50% that we don’t know is so many parts – connections, contacts, advice, locations, contractors,” Frayha said.

For example, Frayha and Saad’s usual real estate agent had served them well previously. But the agent failed to find them any landlords willing to lease space for a marijuana dispensary.

“He just didn’t know how to talk to people about a dispensary,” Frayha said. “So Chanda connected us with an agent who is familiar with the industry and knows how to talk to landlords, and they were able to find us locations to visit.”

It was the same problem with contractors. The couple knew good contractors, but they hadn’t designed and built a dispensary and were unfamiliar with practical issues like security and vaults. “This is the kind of instance that we ask Chanda for contractors that know the landscape,” Frayha said.

The couple also believed that investing in a consultant would save them from bigger bills later. “We felt financially it made more sense to invest in hiring an expert like Chanda who could prevent us from making mistakes, rather than make mistakes and pay that way,” Frayha said.

It’s important to weigh the costs of a consultant versus what you think you’ll get from that person. Different consultants will, of course, charge different prices and use different pricing models.

For example, Macias generally charges $100-$200 per hour, she said. At another consultancy – Denver Relief Consulting – an initial 15-minute phone consultation is free.

If Denver Relief officials believe the candidate merits more exploration, they will arrange for a one-hour follow-up phone call and provide literature on how to find real estate and build a team. The cost for that call: $600.

If Denver Relief and the candidate decide to continue the relationship, the consultancy will do it by retainer, with a minimum of $10,000.

Ask for Proof of Success

While knowing he needed a consultant, it took him four tries – over more than a year – and thousands of dollars before he found the right match. Hayford believed he could have avoided the long trial-and-error process had he asked more questions and been more demanding of answers from the other consultants, whom he said weren’t always forthcoming with requests to see evidence of experience and success.

For example, one consulting firm Hayford retained had a list of clients it had helped posted on its website. But some of those “clients” turned out to be employees or contractors who worked for the firm.

“It creates a false representation of the depth of knowledge and resources they’re going to bring to bear,” Hayford said. He added that his company “spent thousands and thousands of dollars” on the consultancy before realizing it had mischaracterized the so-called clients. “And then you start asking, ‘OK, what else isn’t real?’”

It’s important, Hayford said, to demand that consultants show you they have a track record of success. Clients should ask for references, documentation and tours of facilities that the consultants have helped get started.

“Don’t settle for less than genuine. If they’re not willing to let you leaf through their binders to better understand how thorough they are, then they’re hiding something from you. Look at their clients to see if their clients are happy. You need to see that. That’s what you’re paying for,” Hayford said.

Macias agreed, noting that it’s not only important to know how many clients the consultant has helped win a license, but where. The reason: Some states, like Colorado and Washington, have low barriers to entry and relatively modest regulations, while others, like Washington DC or Florida, are more heavily regulated and are therefore harder places to win a license. In other words, winning a license in Colorado is no major achievement, while winning one in a tighter market is.

“People have this perception that if they’re from Denver, then they qualify to write an application. No. Winning licenses in Denver is easy,” Macias said. “A lot of people have knowledge and know how to present that knowledge, but they may not know how to translate that knowledge into an application or into operations. If they can’t show you operational evidence, then stay away.”

Mature companies have also hired consultants like Denver Relief Consulting for advice on a variety of matters, such as how to become more efficient by cutting costs and automating operations.

For example, Tweed, one of the larger federally licensed medical marijuana cultivators in Canada, brought on Denver Relief to perform an audit in 2014. Kayvan Khalatbari, one of Denver Relief’s founders, and a partner spent hours on the phone with Tweed managers gathering information and preparing for the audit.

They then flew to Tweed’s headquarters and cultivation site in Smith Falls, Ontario, where they spent two days interviewing employees and exploring the facilities. The pair spent another week afterward sifting through the data and writing a report with observations and recommendations on issues such as:

Khalatbari declined to say how much the audit cost.

Still other companies have hired Denver Relief to double-check proposals coming from in-house employees to make sure the ideas are sound. Other firms, meanwhile, have hired the consultancy to demonstrate to leery investors that an outside agency has audited their business and proposals.

“Investors want assuredness that they’re making good decisions, that they’ve been vetted by other people in the industry,” Khalatbari said. “Look at Tweed. They have shareholders. They want to have this narrative that they went out and got these experienced consultants to make sure they were making informed decisions.”