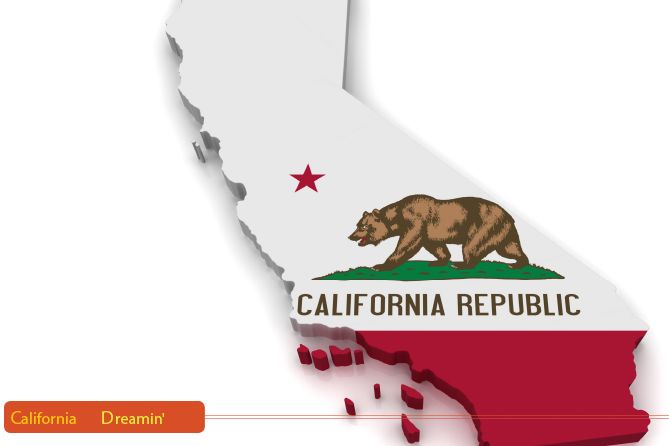 by John Schroyer and Omar Sacirbey

California’s new medical and recreational marijuana programs are taking shape and will continue to evolve after their official launch in January. Below are some of the California policymakers and business leaders who are in a position to shape what the state’s marijuana marketplace will look like.

Ajax is among the most powerful policymakers in what is poised to become the world’s biggest marijuana market. As head of California’s Bureau of Cannabis Control, Ajax oversees the drafting of regulations for the new medical and adult-use MJ programs. The agency issued draft rules in April and is expected to finalize those regulations by the end of November. Once the newly regulated MMJ and recreational programs launch in January 2018, Ajax’s agency will be responsible for licensing retailers, distributors and testing labs. The California Department of Public Health and the Department of Food and Agriculture, meanwhile, will be responsible for licensing product manufacturers and growers, respectively.

Wesson is the top legislator in a city that drives the largest regional MJ market in the world. He’s in a position to either empower an immense existing marijuana industry – or to oversee its contraction. So far, Wesson has indicated he wants to embrace MJ businesses, thanks to the economic benefit the industry brings with it, including jobs and tax revenue. But through 2017, Wesson and the rest of the council have struggled to make headway on city regulations, including a proposed social equity program that would bring more minorities into the marijuana industry. Regardless, Wesson will play a major role in shaping the future L.A. cannabis industry.

Another cannabis fixture in Southern California, Grant has been in the marijuana business for decades in Los Angeles and is now president of the region’s most politically powerful MJ organization. Grant and the SCC have been deeply involved in negotiations with Wesson and other council members over how the L.A. marijuana market will be regulated – including working on how longstanding black-market businesses can gain entrance to the legal industry. Grant is also planning his own cannabis brand and currently runs three dispensaries in Los Angeles. Moreover, Grant is planning to expand his current MJ operations to include growing, extracting and more, which means he’ll be a force in both cannabis politics and business.

While not directly involved in the marijuana business or in shaping state cannabis policy, Becerra will be the first line of defense should U.S. Attorney General Jeff Sessions and the Trump administration come after California over its MJ laws. Becerra has made no secret of the fact he relishes the prospect of battling Sessions over cannabis. “I would love to see Jeff Sessions come to California and tell us we’re not going to move forward on cannabis. Something tells me it’s not going to happen,” Becerra said in May. But if Sessions does take on California’s MJ industry, Becerra added: “I’d probably be the 1 millionth person in line to fight Jeff Sessions on that.”

A native of Humboldt County, Allen represents over 1,200 members of the California Growers Association, which makes it one of the largest marijuana trade organizations in the nation. That also means he’s going to be influential in shaping state industry regulations, which is his primary goal as a Sacramento-based operative. The regulations – and any future changes to the rules – will be crucial for California MJ cultivators.

As the relatively new head of the California Cannabis Industry Association – she was hired in early 2017 – Robinson will be running point on organizing the industry’s voice at the Capitol in Sacramento and in other halls of power across the state. Behind her, she has nearly 400 member companies. That number will almost certainly skyrocket as the regulated market progresses in coming months, lending the association more muscle in Sacramento as policymakers continue writing – and rewriting – laws to govern MJ businesses.

A Los Angeles native, Lyman cut her policy teeth working for local and statewide political efforts. She later served as a consultant and policy expert in criminal justice and juvenile justice reform and violence reduction, including six years in Boston. Lyman returned to California in 2012 to head up DPA’s state office. Lyman was a major player in the 2016 campaign to legalize recreational marijuana, and she’s been working just as hard to ensure it’s implemented swiftly and properly. In that regard, her priorities include pushing for more funding of cannabis research, making MJ political movements more diverse and ensuring licenses are affordable for – and equitably awarded to – small marijuana businesses and those owned by people of color.

Senter is a U.S. Coast Guard veteran and web and marketing specialist who got into cannabis after being diagnosed with lupus. As the current CEO of Leisure Life, an infused product company, and the long-time COO of Eureka Management Services and Wellness Collective, Senter is one of the leading African-American women in California cannabis. But Senter is also blazing new trails as one of the founders of Supernova Women, an Oakland-based advocacy group with a national focus on creating more opportunities for women of color in the cannabis industry. The group holds networking events and business education workshops and has also consulted with MJ regulators in Oakland as well as Maryland and Pennsylvania on social-equity policies. As California’s huge new MJ market gets off the ground, Senter and her peers at Supernova could play a pivotal role in making the industry more inclusive.