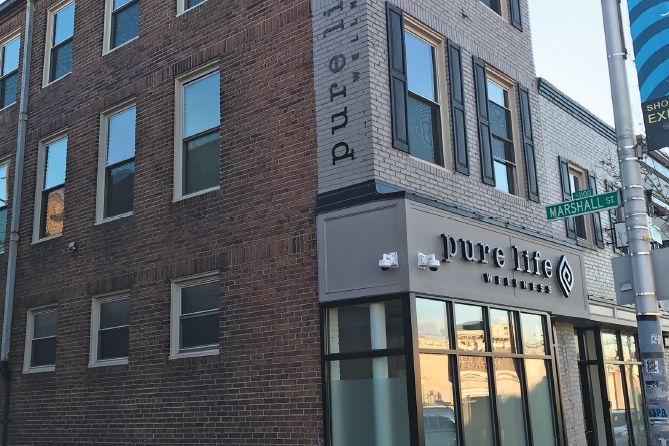 A little neighborly outreach and goodwill can go a long way in the marijuana industry. That approach can save you time and money – and ensure your business opens without the threat of local protestors or a costly lawsuit.

That means retailers, growers and other plant-touching businesses should address questions and concerns, and donate to local groups to boost their image within the community.

“Be open and honest” and reach out to neighbors quickly, advised Jaclyn Dolaway, the owner of Pure Life Wellness, a new medical cannabis dispensary in Baltimore’s Federal Hill neighborhood. “People are more angered when something happens and they don’t know it’s coming.”

Recent events bear that out. Last year, for example, an Oregon winemaker sued to stop a planned outdoor marijuana grow out of fear that “foul-smelling particles” would damage the vineyard’s wine grapes. In Philadelphia, the operator of an approved medical marijuana dispensary was blindsided last year when 250 people attended a public meeting to protest the facility on the grounds it would lead to crime and congestion. The owner decided to open the dispensary elsewhere, costing him about $100,000 in legal, zoning and other fees.

Following are tips for winning over neighboring businesses and residents when opening a marijuana business.

Clashes involving cannabis cultivators, retailers and other businesses may well be a sign of things to come as more states legalize marijuana.

But attorney Justin Moriconi, a partner with Moriconi Flowers in Elkins Park, Pennsylvania, said dustups with neighbors and expensive lawsuits are not inevitable. “Absolutely not,” he said. “The key to avoiding neighbor disputes is getting in front of them.”

No doubt, winning a legal battle is nice. But it can be so expensive it can “feel like an overall loss,” Moriconi said.

Still, Moriconi predicts confrontations and lawsuits will be a growing problem, especially in “conservative jurisdictions, like Texas and the Midwest.”

Dispensaries, in particular, are often unfairly portrayed “as a kind of a methadone clinic” – a venue that can lead to a bad element hanging around a neighborhood and increased crime, according to Moriconi.

Be a Good Corporate Citizen

What’s a marijuana business owner to do?

A small donation of time or money can help dispel the notion that a cannabis business is “invading” the neighborhood, said Moriconi. You might even want to partner with local charities to buy a new squad car for the local police department, he suggested.

Zeta Ceti, founder and CEO of Green Rush Consulting in Oakland, California, said a cannabis business owner might make publicized donations to alcohol and drug treatment groups. But he cautioned that owners should tread carefully as far as donating to nonprofits involving children, noting you don’t want to appear to be linking your business to minors.

Lawyer Michele Brooke, the founder of the Brooke Law Group in Pasadena, California, said MJ business owners might consider joining groups such as Habitat for Humanity or community gardening groups.

“It shows you are part of the community and you are going beyond just running a business to make money,” she said. For her part, Brooke routinely speaks in front of groups like the Rotary Club and Jaycees about the benefits of medical marijuana operations.

Brooke even suggested going one step further – running for a local government position such as city council. “Why not? It shows you’ve got skin in the game and are willing to take a stand. If your local council members are on the wrong side of history and fighting cannabis businesses every step of the way, replace them with someone else: you,” she said.

To head off potential problems, marijuana retailers need to choose the right site for their facility.

For starters, retailers need to be in compliance with all local and state regulations, said Ceti. If your dispensary is too close to a school or a day care center, for example, you will be vulnerable to neighborhood attacks and lawsuits.

It’s also important to educate neighbors about your business so they will have a better idea what you’ll be doing. That might involve telling neighbors how MMJ can help treat people with a variety of medical conditions, or explaining the security features at your facility and your support of local nonprofits.

“The trick is education, early and often. We go around and will present to various groups so that they are fully informed on what the MMJ-related business is, and – more importantly – what it is not,” Moriconi said. For example, he noted, you could stress that MMJ businesses are not methadone clinics and will not lead to people loitering in the street, vandalism or traffic congestion.

Ceti said education can include compiling a printed fact sheet that dispels common fears of MJ businesses – they attract criminal elements, for example, or encourage people to smoke cannabis inside the store. The fact sheet can be distributed at neighborhood meetings. An online version should also contain links to state regulatory officials who can provide detailed technical information, he said.

In Montgomery County, Pennsylvania, Moriconi’s law firm created a seven-minute video illustrating the clinical aspects of a proposed dispensary, the owner’s expertise and the security measures protecting the facility. The video – shown at the second of three zoning board meetings in early 2017 – worked, and the board granted the variance for the facility last March without any more community resistance.

While marijuana growers need to consider many of the same issues as retailers, there are key differences.

Many cultivation concerns revolve around odor, particularly in the case of outdoor grows. In the Wenatchee Valley in rural Washington state, for example, neighbors complained in 2016 that the smell of mature marijuana plants from an outdoor grow was so strong they couldn’t even barbecue. Last year, county commissioners in the area approved stringent rules for odor control and other measures for marijuana cultivators.

“On the cultivation side, it usually is a smell complaint, but there actually seems to be less overall resistance to a grow by neighbors – as long as you have proper zoning and political support.” Moriconi said.

One way to mitigate unwanted smells is to move any outdoor plants into an indoor grow or greenhouse equipped with an odor-filtering system. Filters made with charcoal and other materials can trap noxious fume. If you are willing to spend even more money, sophisticated climate-control systems can reduce the need for exhausting air outside the building.

Ceti said the cost of moving plants into even an elaborate greenhouse possibly could be offset by being able to grow year-round and better control the crop – versus an outdoor grow, which is at the mercy of the weather.

Growers also should stress the economic benefits the business can bring to the local community. That can help you win over wary local government officials. “The grower needs to stress job creation more than anything – this is what the politicians care most about,” Moriconi said.

In California, a big selling point has been the tax benefits of bringing growers to poorer desert communities, Brooke said. Desert Hot Springs, for example has gone from a sleepy, nearly bankrupt Southern California town to a marijuana cultivation hub after local officials put out the welcome mat for cannabis businesses.

“Citizens need to feel like they have a stake, so creating an advisory board that includes them seems to work well,” Moriconi said.

Throw in the Towel?

It’s also important to be realistic. There may be times when all the community outreach in the world won’t satisfy local skeptics.

Brooke said she had a “model citizen” client who wanted to open a medical marijuana dispensary in Southern California a couple of years ago.

“She was a model citizen because she really wanted to help people who were seriously ill with medical marijuana” and wasn’t motivated by greed, according to Brooke. “She also was a model citizen because she sought neighborhood input before opening and wanted to be part of the community. She was not some rogue operator who was trying to open a medical marijuana dispensary without the support of the community.”

The woman and her husband put together a website explaining the operation. They expected to attend a civil public hearing. However, the room ended up being packed by the members of a local church congregation “who acted like [the couple] were trying to open something scandalous,” Brooke said.

Her client was so upset by the outcry that she dropped plans for the dispensary.

“She did everything right. I’m not sure what else she could have done,” Brooke said.