Many cannabis advocates in Minnesota think that the state’s medical marijuana program is much too limited, especially when it comes to who can qualify to use the drug.

So Minnesotans for Compassionate Care asked five gubernatorial candidates to sign a pledge promising to help broaden the patient base – a move that would increase the size of the market for MMJ businesses.

All four candidates except the incumbent Democratic governor put their name on the document.

Gov. Mark Dayton – who agreed to support a very restrictive MMJ program that allows for non-smokeable cannabis only, such as ointments and pills – said he was not contacted directly about the pledge. His campaign later clarified that they didn’t receive the pledge until late on Wednesday. 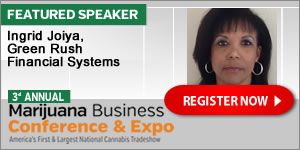 Still, Dayton said he wants to see how the state’s current plan works before agreeing to an expansion.

“Gov. Dayton looked to law enforcement and not science when deciding which conditions would be covered by the new program, and because of that, thousands of people will continue to suffer needlessly,” said Patrick McClellan, an MMJ patient.

The state will allow just two dispensaries. A dozen businesses submitted applications in early October, and the state will announce finalists on Dec. 1.