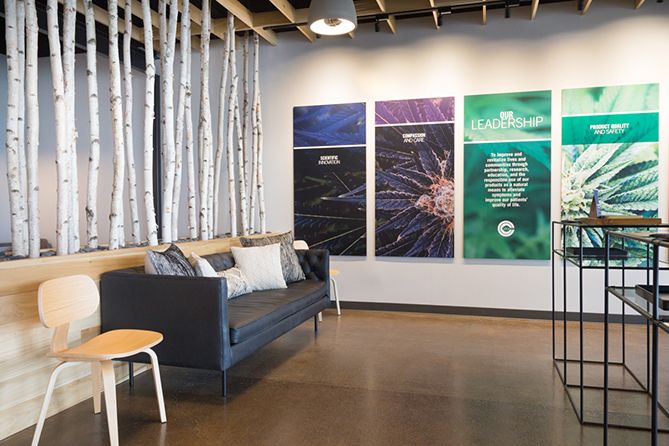 About: Columbia Care specializes in vertically integrated medical marijuana businesses in most markets.

After Columbia Care’s rocky start in Washington DC, the company’s board installed Nicholas Vita as CEO. When entering new states, Vita says, the company keeps the following top of mind:

Columbia Care was supposed to appear above the fold of the front page of The Washington Post the morning the dispensary opened in Washington DC in 2013. But the day before, the Vatican’s College of Cardinals elected Pope Francis, bumping the Columbia Care story below the fold. Was it a bad omen? Perhaps – at least initially.

The dispensary suffered from personnel issues, compliance shortcomings, regulatory misfortunes and other problems that resulted in hundreds of thousands of dollars in losses – issues that likely would have driven other businesses and their executives to surrender.

But Nicholas Vita, a former Goldman Sachs executive who founded Columbia Care in 2012 and was installed as CEO by Columbia Care’s board that same year to put out fires, believed the ship could be righted with research, data, patient outreach and by sticking to key principles of his original game plan – as well as learning from earlier mistakes.

Today, privately held Columbia Care has what are primarily vertically integrated medical marijuana operations in 11 states and DC, and the company has applications pending in at least three other states.

“Every market has its own unique challenges. What has changed over time is that we have become better. While we have made every mistake conceivable, what we have become quite good at is not making the same mistake twice,” Vita said.

Vita had multistate visions when he was planning Columbia Care, but he was also concerned about federal interference. (It was before the Obama-era Cole and Ogden memos had been drafted to give marijuana business owners a degree of legal wiggle room.) He explored various medical marijuana markets but settled on Washington DC, largely because of a little-known provision that the local government and health department receive their funding from Uncle Sam.

“Our thought process was that if the federal government was, even in a backhanded way, sponsoring the creation of a medical marijuana program – even though it was restrictive and highly regulated – we thought that was a low-risk way to build a petri dish and understand that, yes, this is something you can turn into a multijurisdiction business,” Vita explained.

While DC was perhaps more insulated from federal interference than other markets at the time, it was beset with different problems.

For starters, when Columbia Care opened, Washington DC regulators had yet to register a single patient – and wouldn’t for several weeks. Cutting back on store hours wasn’t an option, because the District’s medical marijuana regulations mandated that dispensaries be open 40 hours a week.

“We were open, and we had no one to serve,” Vita recalled. “If you can imagine, we had people showing up for work every day. We had product on our shelves. And it was a little bit, frankly, frightening.”

After Vita – who had been on the Columbia Care board – was installed as CEO, he replaced much of the staff. He said they were neglectful about compliance issues and didn’t operate the business well.

For example, there were no efforts to garner patient feedback – an oversight Vita changed soon after becoming CEO.

“One thing we started asking is: ‘Why are people coming to us? Why aren’t we engaging with the people we serve to better understand their needs and innovate around that feedback?’” Vita said.

Having no patients to serve while keeping Columbia Care’s doors open 40 hours a week also taught Vita that being first to market isn’t always the best thing in cannabis.

While some multistate businesses have models that require them to have partners, which can complicate license-holding relationships, Columbia Care prefers to go into states alone by writing winning license applications.

“The process of operationalizing the licenses has become more and more streamlined,” Vita said. “We never really engaged in a significant M&A strategy because we haven’t needed to. At some point, we will re-examine that, and we do look for partners in markets, but we have a very distinct way of doing things.”

When it comes to choosing which markets to try to break into, Columbia Care has a straightforward formula: Pick markets that are highly regulated, and pick markets with well-developed regulations.

That’s why after Washington DC, Columbia Care went to Arizona next, then Massachusetts, Illinois, New York and onward.

“We were very focused from the start on highly regulated environments where it was clear that the states were telling operators and the industry what they could and could not do. That clarity gave us confidence to make investments and hire people in those states,” Vita said.

In contrast to some multistate companies like Organa Brands and MariMed, which possess assets such as dispensaries but not licenses, Columbia Care prefers to own permits outright. But the company also recognizes state regulations don’t always allow for that.

In Florida, for example, regulations require that marijuana businesses partner with local nurseries. Consequently, Columbia Care is the majority owner in its overall Florida MMJ business, while the nursery holds a minority stake. Columbia Care also has minority interest partners in a couple of other states that are there to help navigate the political landscape.

Even when Columbia Care enters a market without partners, it still hires locally to fill executive positions in those markets. Vita notes that, since the Washington DC shake-up, all the executive teams Columbia Care has hired remain intact.

“We have a great chief of human capital who is good at finding great state-level CEOs,” Vita said.

That human capital officer is Bryan Olson, who was chief human resource officer for global law firm K&L Gates and previously held executive HR positions at Aetna and United Technologies. He is also a former employee benefits and executive compensation attorney at Skadden Arps after starting his career at Fidelity Investments.

Olson’s key hires include Chief Scientific Officer Dr. Rosemary Mazanet and Chief Risk Officer Mary-Alice Miller. Mazanet leads all of Columbia Care’s research efforts to examine the efficacy of pharmaceutical-quality medicines in varying indications and to develop future products. She is a board-certified hematologist and oncologist who previously worked at the Dana-Farber Cancer Institute and Brigham and Women’s Hospital, both in Boston.

Miller has served as a senior legal adviser at Fidelity Investments and General Catalyst, a venture capital firm, and spent several years running a media technology startup, which she sold in 2016. Miller started her career at the law firm of Ropes & Gray as a corporate and transactional attorney.

Columbia Care recently has sought out partners with certain specialties who don’t have stakes in their licenses. In New York, for example, Columbia Care partners with a delivery company that gives the MMJ firm reach throughout the vast state. It also partnered with a manufacturer of generic pharmaceutical drugs to develop the company’s drug formulations and standard operating procedures and advise on how to build its manufacturing facilities.

“There are things that we do on our own that we are proud of, and there are things we know we need help with,” Vita said. “And in those situations, we look for the very best partners to help us navigate that process.

Experience also has helped the Columbia Care leadership team learn about cost-cutting measures. For example, one thing they didn’t do early in their expansion is use modular building systems that are easier to upgrade than warehouses or other structures commonly used by large-scale growers. Modular buildings are comprised of individual units. They are less expensive, and if upgrades are needed, they can usually be made without disturbing other units, or by swapping out other units. The company has been using modular facilities for a few years now, and Vita said they are far cheaper to upgrade than older facilities.

“All of those things have a profound impact on our operating margin and our ability to deliver consistency and quality,” Vita said. “But refining those processes and getting to the point where you feel comfortable doesn’t mean you’re done refining, it just means you are better than you were before.”

One area in which Columbia Care is adjusting its policy is how it finances expansion. While the company has taken some outside investments, most of its expansion has been funded by revenue from existing operations. But the company recently raised more than $150 million and plans to use it on “expansion of products and geographies,” Vita said. The raise included institutional investors, but Columbia Care declined to identify them.

“We feel comfortable in our ability to meet whatever financial opportunities we encounter,” he said. “We take long-term views to markets that preclude us from being those who like to make a quick buck and sell the most commoditized products in the marketplace.”