Though Hawaii remains one of the few medical marijuana states without legal dispensaries, that could very well change this year.

Solid details for a plan to set up a medical cannabis industry in the state finally became a reality this week, when a legislative task force outlined a set of recommendations for establishing a regulatory infrastructure that would pave the way for cultivation and sales.

Still, the proposals are very specific.

For example, the task force recommended that the state’s health department authorize one dispensary for every 500 patients, with at least one dispensary per county and a minimum of 26 licenses issued by 2019.

Under the recommendations, the department would begin issuing licenses in January 2017, and dispensaries could begin serving customers the following July. Cultivation licenses would be separate, and the department could authorize at least 30 grow facilities.

The recommendations were announced just weeks after the Hawaii state auditor released a report urging the state to legalize dispensaries. 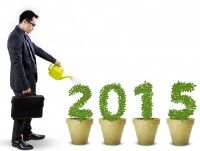