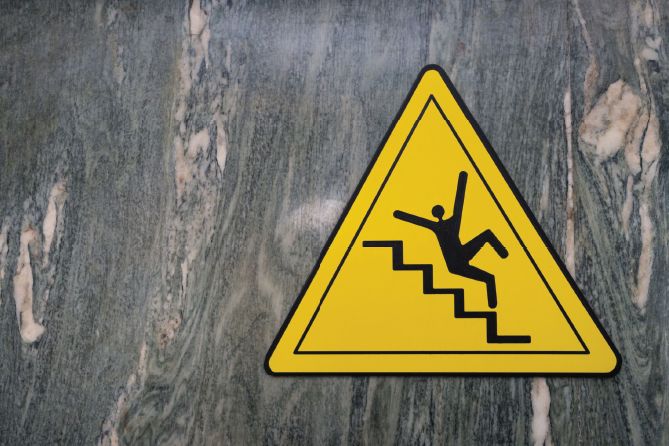 Some notable names in the marijuana industry suffered setbacks in 2017

While 2017 was another good year for cannabis, it also marked a negative milestone for some well-established Colorado marijuana companies. Their stumbles serve as a reminder of just how far the marijuana business has to go as it matures as a full-fledged industry.

Sweet Leaf: In December, the marijuana retail chain operator’s Denver-area stores were shuttered as part of police raids. Thirteen budtenders were arrested. In addition, 26 of Sweet Leaf’s Colorado business licenses were suspended. As of early 2018, 10 of the budtenders faced charges for allegedly selling too much cannabis in repeated sales to the same customers. The affair – the result of a yearlong sting operation by Denver police – has thrown Sweet Leaf’s future into doubt.

MassRoots: The Denver-based social media platform for cannabis enthusiasts has been in a tailspin. Its sales and stock price plunged last year. A high-profile battle also erupted that pitted MassRoots founder Isaac Dietrich against the company’s board and the CEO who replaced him. Dietrich emerged victorious in December, while three board members and the CEO departed. The question now is whether Dietrich can right the ship.

Tradiv: The once-promising online cannabis marketplace closed its doors at the end of 2017 after some notable mishaps and the departure of the Boulder company’s co-founder and former CEO, Aeron Sullivan. In 2016, Inc. magazine named Sullivan as one of its 30 under 30 founders for “taking on some of the world’s biggest challenges.” At the time, the company had 21 employees and $1.1 million in raised funds.

MJ Freeway: The Denver software company spent a significant chunk of 2017 battling negative press that stemmed from security hacks and system outages that left thousands of cannabis retail clients scrambling. It began with an alleged “attack” last January that caused a shutdown for MJ Freeway’s point-of-sale system’s retail clients. The problems persisted with additional outages in June, October and November. Stores nationwide were forced to shutter while the system was repaired, costing business owners thousands of dollars in lost sales.

Dixie Brands: Founder and CEO Tripp Keber announced in December he was stepping down from his role as the head of the Denver infused-products powerhouse. This occurred a few months after Dixie announced it was pulling out of the Arizona medical marijuana market. Keber emphasized his departure was his own decision. But the company’s future now is in the hands of an upstart private equity company that is assembling a portfolio of infused products companies. New York-based Rose Capital will provide the companies in its portfolio – including Dixie – with funding to expand their operations.

What do all these stories illustrate? Being an early mover or legacy business does not guarantee long-term success. If anything, these companies are reminders of the need for businesses to adapt to change, especially in an industry as full of uncertainties and pitfalls as cannabis.

It’s also not as though 2017 marked a death knell for these businesses. All of them – except Tradiv – could be turned around into thriving enterprises.

But taken together, these companies provide a cautionary tale, especially given how a number quickly rose to prominence amid the buzz over Colorado’s historic recreational MJ market.

Sweet Leaf’s woes, in particular, could have ramifications for others in the industry – if, for instance, U.S. Attorney General Jeff Sessions decides to use the company as a justification to launch a crackdown on MJ businesses. Even if he doesn’t directly attack, U.S. attorneys could now use Sweet Leaf’s case as a reason to justify more intense scrutiny now that the Cole Memo has been rescinded.

But there are also lessons to be learned from each of these companies.

From MassRoots, for instance, the obvious takeaway is likely for investors, given that the company burned through millions of dollars in cash while racking up financial losses. That simple fact points to a flawed business plan propped up by marketing hype, without a substantial revenue stream to show for it.

For MJ Freeway, the lesson is most likely that cannabis software companies in general still have a long way to go and that those in the space currently may get crushed by the entrance of larger tech firms.

For Tradiv and Dixie, the moral of the story seems to be the dangers of overexpansion versus controlled growth. Dixie is currently in four states, after leaving Arizona, and said when it pulled out of that state that it had miscalculated the necessary investments to make an operation there work. And Tradiv, according to an Inc.com feature, began having troubles mainly because it tried to expand into California while neglecting its core customer base in Colorado.

In terms of Sweet Leaf, the lesson is probably the simplest of all: When in doubt, err on the side of caution. Profits from questionable sales aren’t worth what could become a protracted legal battle.

Overall, these companies’ stories illustrate that there’s more turbulence ahead for the cannabis industry. The road ahead is neither clear nor easy. But as long as marijuana business executives are thoughtful and strategic in their planning, it’s not a road that will be impossible to navigate.