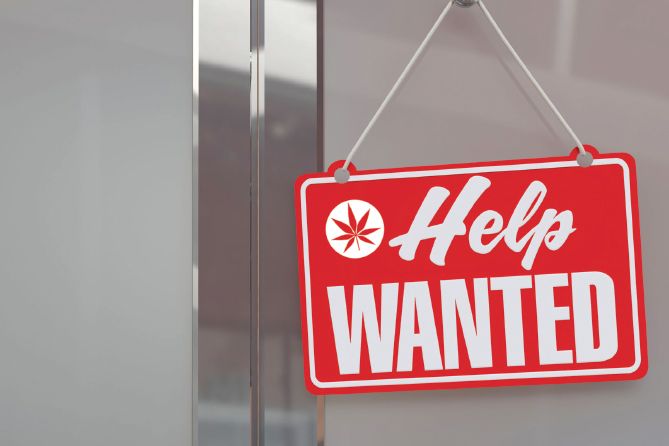 Your store manager is more than just a behind-the-scenes overseer of the goings-on at your recreational shop or dispensary. The manager needs to take on many duties beyond supervising the budtenders and other retail employees. Those duties range from ensuring the retail clerks stay on task to answering difficult questions from customers and keeping the store shelves fully stocked.

Industry executives said a store manager should be:

Good store managers can be promoted from within or hired from outside based on their past work experience – sales and restaurants are both desirable fields to draw from.

“We’re looking for people who know how to serve the public and understand our customers’ needs and take care of them,” said Andrew Jolley, owner of The Source Dispensary in Las Vegas.

“We need folks who can gather a lot of information from patients in a nonthreatening or intrusive way,” Powell said. “We need people in the management role who have the ability to show empathy for folks.”

To determine if a candidate possesses those qualities, during the interview process Powell presents a real-world situation and evaluates that person’s response.

For instance, he’ll ask the interviewee to recount a time when he or she dealt with a patient who was agitated or upset. It’s a three-part question:

To Powell, a passing answer clearly shows evidence that the respondent listened and provided reassurance that he or she was personally trying to address the patient’s needs.

“There’s no passing the buck. There’s no letting someone slide between the cracks,” Powell said. “It’s the overall ownership of the situation that demonstrates commitment to help the patient find a suitable resolution with immediacy.”

He also wants someone who can be dynamic and forceful when necessary, but does so in an empathetic manner. Patients come in with a variety of problems, and they need someone who can listen and respond appropriately.

Once Smale determines what he wants in a store manager, he tailors his interview questions accordingly.

He asks his candidates targeted questions so he can get a sense of their dependability and loyalty, among other qualities.

“Then you’re making a process out of it,” Smale said.

Smale specifically tells candidates to write a cover letter and a resume.

“I’m old school that way,” he said. “I want a manager who’s well-rounded and has the ability to write as well as speak.”

To Jolley, it’s important that a candidate’s personality fits his company’s culture.

“For us, that’s a focus on medical, approachability, knowledge without arrogance and doing the right thing for customers,” he said.

Jolley wants people who are passionate about cannabis. They don’t have to be marijuana consumers, but they should be able to share enthusiasm with the customers and answer questions, Jolley said.

“Understanding what the customer is looking for, the questions they have and being a good listener are all important,” Jolley said.

He determines if the candidate has the qualities he’s seeking through a series of interviews with two or three team members.

Jolley expects his store managers to set the example on customer interaction but also spend a lot of time managing the team.

Temescal has found successful candidates by hosting its own hiring events.

At these events a venue is selected close to the proposed location for a new dispensary. Potential candidates bring in resumes and give interviews. The company has, for example, held an event at a Lithuanian church in Baltimore. The company found a store manager with a pharmaceutical background at one of its “diversity hiring events,” where people of color or different ethnic backgrounds are encouraged to apply.

Smale carefully crafts his job ad and prefers not to advertise in local newspapers.

“The serious lookers in a management position are looking online,” he said.

As a result, he places ads on sites including LinkedIn, Indeed and Jobs In Maine, which has been very effective, he added.

Jolley initially tries to fill every position from within.

The second approach is through referrals.

If those two methods don’t pan out, he uses an online referral service called Hyrell that posts jobs on several sites and services to “cast a broad net.”

Powell said his personal style of management is very hands-on.

“I have an obligation to build a relationship with these people,” Powell added. “Believe it or not, things like money become a lot less important to people when you have built relationships with folks and you’ve invested time in them.”

He wants his managers to know that he’s available to help out if needed.

“It gives them a level of comfort that can be hard to come by,” Powell said. “Everyone feels a little better if there are numerous heads applying gray matter to any problem.”

At Remedy Compassion Center, Smale trains his store manager to give patients a compassionate experience.

And, like Powell, he watches his store manager closely from the outset.

“There’s an awful lot of oversight in the very beginning,” he said.

Powell will back off after the person gains some experience but will then sit down with the other employees to get a read on how the manager is performing.

He’s also a fan of the phrase “inspect what you expect” and tends to walk around and talk with his staff to gather feedback on how his manager is doing.

Jolley provides training resources to all of his employees.

His company employs a physician who provides a base level of medical understanding to his employees. The physician sits downs with employees and educates them on the medicinal effects of cannabis – essentially the biological impact of the medicine.

“We try to make sure that everyone throughout the company, regardless of their position, at least has a basic, working knowledge of medical cannabis,” Jolley said. “We feel that’s important underlying information to have in this industry, even though we are both medical and recreational.”

The new hire will shadow someone in that particular role of store manager for two weeks before going on his or her own.

New store managers also spend time with the general manager and assistant general manager to go over policies and procedures to understand how the company runs and what’s expected of them, Jolley said. They learn procedures for opening and closing the store, how to request time off and other internal workings.

“If they’re a store manager, someone who’s talking to customers about the product all day long, those people are required to have a higher level of knowledge, and they need to demonstrate that,” Jolley said.