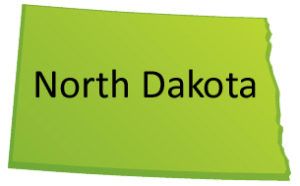 So much for the possibility of medical cannabis legalization in North Dakota this year.

The state Supreme Court has rejected a lawsuit filed by MMJ advocates claiming that local officials acted improperly when they tossed out a large number of petitions supporting medical cannabis legalization. The move effectively ends any hope that the marijuana measure will end up on the November ballot, a disappointing and surprising end to the 2012 legalization drive. Now, medical cannabis advocates will have to regroup and try again next year after coming so close to getting the initative in front of voters.

The effort looked promising just a few weeks ago, when organizers behind the legalization measure submitted more than 20,000 signatures backing the initiative to state election officials. Supporters needed the state to verify just 13,500 of those signatures to get the measure on the ballot, giving them what seemed to be a comfortable cushion.

But the situation turned grim earlier this month when the Secretary of State’s office rejected the initiative, saying organizers failed to meet the 13,500 threshold because thousands of signatures were deemed invalid when it was discovered that a group of petitioners falsified thousands of names. Organizers came up just 919 signatures short of the required total.

In response, MMJ advocates challenged the decision and asked the state Supreme Court to delay printing ballots until the matter was resolved.

It’s unclear what will happen next when it comes to MMJ in North Dakota. The head of this year’s legalization push has said he will not lead another petition drive in the future but hopes that someone else will take up the cause.

Voters in two other states – Arkansas and Massachusetts – will vote on whether to legalize medical marijuana this November.