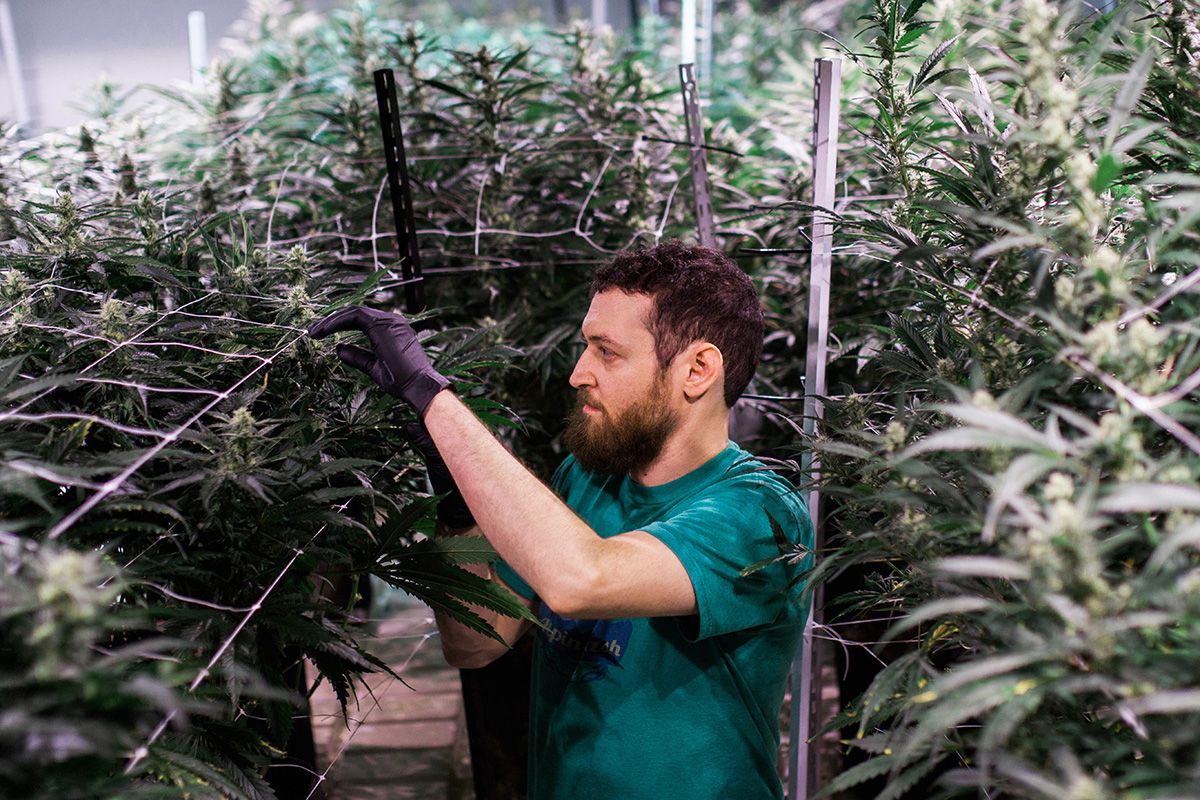 How cannabis growers can fight mold and mildew

Mold and powdery mildew can ravage a cannabis grow and lead to destroyed plants, lost time and money and even total eradication of the crop.

Vigilant growers can take these steps to guarantee that microbials don’t contaminate their marijuana:

“The best prevention is preventative,” said Mark Krytiuk, president of Nabis Holdings, a vertically integrated cannabis company based in Toronto. “If you have a clean facility with good HVAC, you’re 95% there.”

One surefire way to bring unwanted microbials into your cultivation operation is on the shoes or clothes of a visitor.

“That is really the earliest place you can start to be proactive in eliminating any chance for contamination,” said Lance Lambert, head of the herbal division for Boveda, a humidity-control product provider for the cannabis industry based in Minnetonka, Minnesota.

He recommends growers require full-coverage suits and booties for anyone entering the facility. Advanced cultivation rooms also have blow-down rooms with specialized high-pressure fans to knock off any would-be tagalongs from outdoors or other sites.

“Anything can ruin a crop,” Lambert said. “All it takes is some sort of exposure, cross contamination of mold, spiders, mites. All those things are really bad for the crop.”

“Everybody suits up,” he said.

Murr-Sloat pointed out that powdery mildew is often present in the environment, and “keeping it out is the first step” to maintaining a clean grow room.

Indoor growers have the luxury of controlling all the variables in the grow room. Temperature, humidity and airflow can all influence the proliferation—or lack thereof—of mold and powdery mildew.

Lambert emphasizes the importance of keeping air moving in your facility.

“That’s what’s most pivotal,” he said. “Any time that moisture is stagnant within the plant and around the buds themselves, that’s where you run the risk (of microbial growth.)”

To Lambert, the danger zone in a grow room is 65% relative humidity or above.

“All it takes is a certain level of moisture at the right ambient temperature for something to kick off,” he said.

At AlpinStash, Murr-Sloat likes to keep his plants at roughly 82-83 degrees Fahrenheit during the day and tries to avoid large drops in temperature at night.

“That makes your plants especially susceptible to mold,” he said. “Mold tends to germinate in cooler temperatures.”

While Murr-Sloat only drops the temperature to around 78 degrees at night, other grows might cool their rooms by up to 20 degrees.

As plants age through the life cycle, he gradually steps down the relative humidity until it’s around 35% at harvest time.

In Toronto, Krytiuk keeps his relative humidity levels between 50% and 65%. But the most important factor to him is having an adequate HVAC system and proper supplemental fans.

“I’m a firm believer in airflow,” he said. “I like a lot of oscillating fans inside the room.”

Growers should be cognizant of giving their plants enough space to lessen the opportunity for microbial growth. Pathogens can fester where leaves and branches overlap.

Murr-Sloat said cultivators shouldn’t be afraid to cull strains that easily succumb to microbial outbreak under the conditions of their grow.

“If we had any cultivar that’s susceptible, we’d get rid of it,” he added.

Keeping your plants as healthy as possible is one of the best defenses against pathogens.

Murr-Sloat likes to create his own living soil with beneficial fungus, bacteria and insect frass to create strong, robust cannabis.

He also watches for nitrogen toxicity, a common problem in marijuana, where the leaves take on a dark-green color. Once cannabis plants have developed the toxicity, they’ll be more prone to a microbial outbreak.

Correctly pruning plants can also have a big impact on airflow and, therefore, on keeping out microbials.

Krytiuk adheres to the practice of “lollypopping” his plants, where up until the second week of flowering all the plant material aside from the stalk is removed.

“Clipping that out and opening up the plant allows better airflow,” he said.

Krytiuk grows in 4-inch rock wool cubes, with cubes spaced out every foot and a half.

He also agrees with Murr-Sloat about culling cultivars.

“If you have a strain that seems to be attracting mold or powdery mildew, just throw it out,” Krytiuk said.

There are plenty of others to choose from, he agreed.

Responding to an Outbreak

In the event of an outbreak, which is more of a when than an if, growers can either try to contain the spread or destroy all the plants, sanitize the facility and start over.

“I find most growers typically eradicate,” Lambert said. “As much as it upsets the investors or the owners, you have to do what’s right.”

He’s seen growers who have had only a handful of exposed plants destroy the entire crop. They bleach the grow from top to bottom—including the floor, ceiling, walls, tables and other equipment—and start from scratch.

For Murr-Sloat, how he mitigates the damage from an outbreak depends on what stage the plant is in.

If the plant is still in the vegetative state and hasn’t flowered, he’ll use hydrogen peroxide as a foliar spray.

“If you’re in the vegetative state, you can definitely control it,” he said.

Krytiuk of Nabis Holdings said he would try to mitigate a small outbreak if the plants were getting close to harvest time.

“If we just have to quarantine a couple of plants, then that’s what we’ll do,” he said.

But he’s also seen whole rooms that were contaminated by a mold or mildew-infested HVAC facility. In that instance, growers will need to fog the entire room and HVAC system with miticide or fungicide spray.

“You’re only cleaning half the space if all you’re doing is wiping down the walls and the tables,” Krytiuk said.