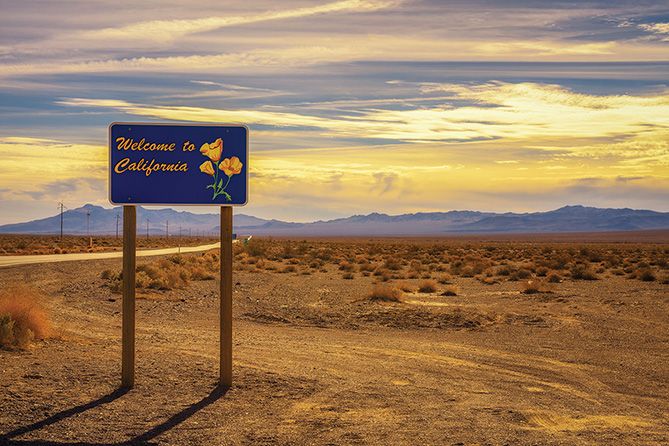 Thousands of companies have exited the California marijuana industry since it morphed in 2018 from a 20-year gray market into one of the most highly regulated cannabis business landscapes in the United States.

The reasons vary from company to company—ranging from an inability to obtain local or state permits to not having enough money to comply with expensive new state rules. But generally speaking, the world’s largest cannabis market hasn’t been hospitable to many existing players or new entrants. And, as of March 2019, roughly two-thirds of California’s cities and counties still had MJ business bans in place, making it all the more difficult for industry executives to find a home for their companies.

Michael Katz closed his Los Angeles-based vape cartridge company, Evoxe Laboratories, in early 2018, after three years in business, because there was too much uncertainty surrounding California’s industry rollout, including how much it would cost him and his investors to do business legally.

“All of the pieces of the puzzle were cost-prohibitive,” Katz said. “California just became a place where it was not advisable to keep putting resources into the market with all the uncertainty.”

Instead, Katz hit pause on Evoxe and moved north, to Mendocino County. Once there, he focused on another venture he had co-founded, the Emerald Exchange, which sets up marijuana farmers markets and other events that promote cannabis brands and businesses. He’s hoping Evoxe can make a comeback on the plant-touching side of the industry—and, as of March, he said that date wasn’t far off.

Steven Domingo has a similar case. He founded a marijuana-delivery business called WeDrop in Oakland in 2017, only to figure out the following year that the numbers didn’t add up.

Like Katz, he exited—at least temporarily. Domingo relocated his operation to Sacramento, where property costs less and local marijuana business taxes are lower. He’s hoping to have a multilayered cannabis company up and running before the end of the year, including licenses for delivery, distribution, manufacturing and cultivation.

Domingo’s story indicates there are still openings in the industry for those interested in tapping them. But it’s not as simple as it used to be, and would-be cannabis business owners face plenty of pitfalls that can sink a company.

Here are tips for how to stay afloat in the California market—or successfully break in as a new entrant.

A common misunderstanding among those outside the marijuana industry is that it’s still cheap to start a business.

“My general rule of thumb for folks who are contemplating entering the industry is that if you can’t set at least $100,000 on fire without flinching or tears, this isn’t for you,” Juli Crockett, compliance director at L.A.-based MMLG Consulting, wrote in an email to Marijuana Business Magazine.

Startup costs can range from the low six figures to several million dollars, depending on several factors, such as whether a company is in cultivation, retail or another vertical.

Domingo, for instance, said he’s investing about $500,000 in the delivery side of his upcoming Sacramento MJ company, but the cultivation portion will likely cost “upwards of $1 million.”

San Francisco-based cannabis industry attorney Tsion “Sunshine” Lencho said $500,000 is a decent starting point, but costs only go up from there.

“The reality today is that you need at least $500,000 to get started, if you ignore the fact of real estate,” Lencho said. “And that’s just to figure out your general costs. And it might assume you don’t have a license. You may have to enter into a partnership with an existing business that’s also cash-strapped. If you’re talking retail, I don’t think you can get in for less than $3 million.”

Lencho said companies should budget for at least five years of zero profitability to give themselves an appropriate runway to be successful in the long term. And that five-year clock, she emphasized, should start in 2018 or later because of the effects that new state and local industry rules had on profit margins.

In retrospect, Domingo said he got caught up in the excitement of the California market going fully legal,and he ran pell-mell to get his local and state licenses.

“That was the biggest mistake: having a sense of desperation, of needing a license immediately,” Domingo said.

He said many of the cities he’s watched implement MJ business ordinances at a slower pace have done so with more business-friendly regulations, including lower tax rates and other incentives. Additionally, Domingo said there’s generally less upheaval in those regions.

Not rushing also gives entrepreneurs time to get their capitalization in place, flesh out the product line, get the right team hired and line up investors, if necessary.

“In hindsight, having launched in 2015 and not knowing what the regulated market would have looked like, I wouldn’t have gone into physical production as early,” Katz said. “I would have waited to see what the system would look like, with the idea.”

There’s also the added likelihood that more cities and counties will begin allowing MJ companies to set up shop as time goes on, giving businesses even more choices when it comes to deciding where to locate. Los Angeles, for instance, was still figuring out the timeline for its next licensing round this spring.

“People feel like … if they don’t do what they envision right away, that they’re never going to get to do it,” Katz said. “But it’s still so early … that there is time to develop a business plan.”

Be Creative With Planning, Advertising and Products

Given the highly competitive nature of the California market, along with advertising restrictions and other hurdles not faced by mainstream industries, another key to staying afloat is creativity. That comes into play when figuring out new revenue streams, advertising options and even new product offerings, said Zeta Ceti, the CEO of Oakland-based Green Rush Consulting.

“A lot of people don’t think about, ‘How do you do royalty agreements across state lines to drive more revenue?’” Ceti noted. “You have to get really creative and strategic about driving more revenue and increasing your margins … because all those things are closing in on you every single day.”

That would also include expanding into a different license type, Lencho said, such as a “Type S,” which is a California state MJ business permit that allows “shared-use” manufacturing facilities.

There aren’t many cities or counties that allow such permits, Lencho noted, but she added, “The Type S permit, given how difficult it is to make ends meet if you’re not a retailer, should be revisited by as many licensees as are eligible.

“It may be worth it to try and find a Type S that’s outside of your jurisdiction and just plan that transportation time,” Lencho noted. “Because being able to share facilities and space is really important as businesses are getting up and running.”

When it comes to that same creativity, she said, another important pointer is to stay on top of changing regulations. For instance, one bill before the California Legislature this year would allow for free trade samples to be shared among business licensees. Edibles makers, for example, could give a sample to a retailer to persuade them their inventory is worth stocking.

A change like that could be a major boon for just about any company upstream in the supply chain, Lencho noted, and it’s part of building traction
as a brand.

Taking on partners to help fund a new business is a standard practice for entrepreneurs, and the investment field has broadened significantly in recent years, giving MJ companies more access to capital than a few years ago.

But even as investment deals in cannabis have shot through the roof, so have predatory investment practices, according to multiple California MJ industry sources, to the point where it’s something many are warning about.

This is an area where both entrepreneurs and investors must be careful, Lencho said, because this often is new territory for both parties.

“I would approach it as if it was experimental surgery you’re going into for the first time. Feel comfortable asking for references, referrals. Really get to know this person and what they’re about,” she said. “They shouldn’t be offended by you asking for other investments they’ve worked on. Do your diligence.”

But at the same time, don’t be afraid to take on investors. That’s what Domingo is doing.

“It’s advantageous for me to take a small piece of the pie rather than have none of it,” Domingo said.

Look at Options Beyond Plant-Touching Businesses

More advice from Domingo and Katz: Don’t get into the marijuana space thinking it’s going to be all fun and games. Take a deep breath and evaluate other options.

“Companies trying to get in, I tell them, ‘Don’t,’” Domingo said. “I tell them to look at ancillary businesses. Don’t just look at the plant-touching side.”

That could include what Katz is now doing with the Emerald Exchange, acting as a professional conduit for growers and manufacturers in Northern California. And Domingo has been doing MJ-related consulting and software work while setting up his new operation in Sacramento.

The reality is, there will be many companies that are technically ancillary (or non-plant-touching) businesses that end up making far more money in the short term than actual purveyors of cannabis. Such companies don’t have as much problem finding banking access, don’t have to observe the 280E provision of the federal tax code that cuts into the profits of plant-touching firms and generally don’t have to worry as much about overregulation and red tape.

Weedmaps is a great example, as are KushCo Holdings and LeafLink and plenty of other ancillary companies. And there are going to be a lot of ancillary services needed by growers, retailers and other licensed operators.