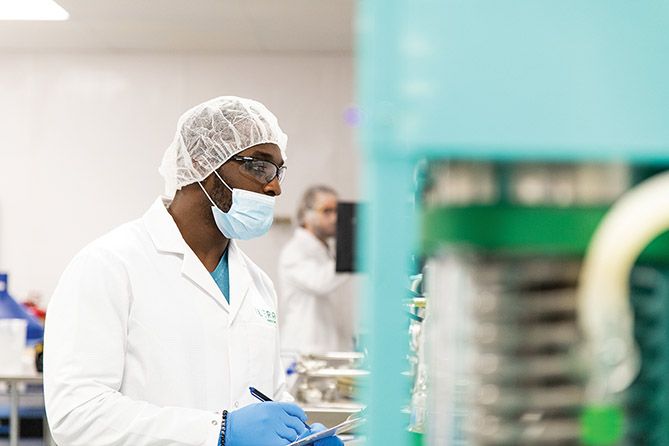 Every cannabis extraction company hopes it will need to expand as a result of successful business operations, but scaling up in a financially prudent way requires foresight and patience.

Marijuana processors considering the best way to grow their business should keep three things in mind:

Even though some cannabis companies might be battening down the hatches and preparing for the worst because of the coronavirus pandemic, others are still bullish about the potential in this industry.

“The whole entire game has changed now that we’re an essential business,” she said, referencing the designation states offered to companies allowed to stay open during the coronavirus pandemic.

Build for the Market

At Zelira Therapeutics, a Philadelphia-based cannabis company with an in-house extraction lab, CEO Oludare Odumosu judges the size of his operation by what the market can allow.

“You want to build to potential,” Odumosu said.

To allow his operation to scale up, Odumosu put in the infrastructure for a time when expansion would be necessary. For example, the building was wired with electrical capacity that exceeded the company’s initial need.

It also was outfitted with an air-compressor line that could feed into multiple spaces, though that wasn’t required at the beginning.

Ultimately, Odumosu underestimated the size of the Pennsylvania medical marijuana market. The projected patient pool he referenced was 35,000, but the pool ended up totaling 80,000.

“If we knew that was going to happen, everyone would have built bigger,” he said.

Tully Stroud, chief scientific officer at Elite Molecular, a cannabis business based in King County, California, said the equipment his company uses is modular and can receive additional like parts. So far, he has added six different features to his system as the business scales up.

Like Odumosu, Stroud recommends building out and expanding extraction equipment concurrent with the growth of the economy in the state where the business operates.

“You want to scale appropriately to your market size,” he added.

His team’s thinking was to avoid producing more product than the market allowed. To determine that, they evaluated California tax revenue and built relative to that.

“Most of your equipment needs to be chosen for 20% more capacity than what you’re producing,” Stroud said.

For Gordon, designing Aunt Zelda’s extraction facility to allow for modifications was key to her success in scaling.

The facility she moved into was 7,500 square feet—although she needed only 2,500 square feet at the time. That allowed for growth and to add different rooms.

Inside that facility, Gordon set up a “clean room,” which she describes as similar to a surgical tent with electric fans where her crew bottled and filled oil containers. The clean room can be moved to another facility as the business grows.

Aunt Zelda’s also installed two cargo containers in the main cargo area—one for keef production, a messy process that is good to keep separate from the rest of the business. The containers can be moved to another facility if Gordon ever maxes out her space.

“It’s nice to have the freedom of that,” Gordon said.