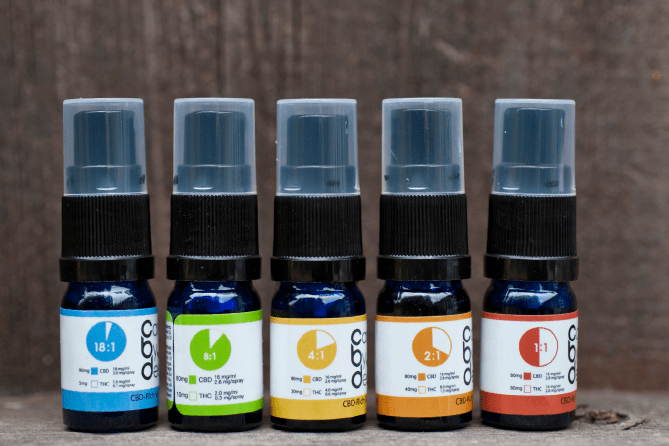 When it comes to hot new trends in the cannabis industry, edibles have stolen the spotlight as of late. But another form of marijuana has gained immense popularity in recent years too: concentrates such as oil, wax and shatter.

Scores of small-scale concentrates producers have sprouted up in many states that have legalized medical or recreational marijuana as consumers and patients seek alternate forms of consumption.

Ryan Long, the head of business development for California-based Absolute Extracts, figures that there are probably “hundreds” of concentrate producers across the country.

That estimate includes companies focused specifically on making concentrates, dispensaries that produce and sell their own concentrates, and small one- to two-man operations in places where concentrates are still either illegal or only partly legal, such as in Michigan.

Many of today’s larger concentrates companies started as tiny operations, but a good number have quickly moved out of basements and into industrial warehouses featuring high-tech equipment that costs tens of thousands of dollars.

From a business perspective, the profit margins can be huge, in some cases up to 60%. And demand is growing rapidly as the availability of concentrates increases.

In Washington State’s recreational market, concentrates sales grew steadily from 10.4% of overall marijuana revenues in the third quarter of 2014 to 15.3% in the same three-month period last year, according to state data.

Customers are also willing to shell out top-dollar for these products. Nationally, patients and consumers who favor concentrates spend an average of $4,800 each year, more than double the average amount spent by cannabis users in general, according to What Cannabis Patients and Consumer Want, a marketing research report published by Marijuana Business Daily.

Two of the newest medical cannabis states, Minnesota and New York, have even banned smokable marijuana in favor of concentrates and infused products. A third, Pennsylvania, is poised to take the same step as of press time. More states could go this route in the future, further fueling the market for concentrates.

All of the millions of dollars flowing into those markets will bolster research and development behind concentrates, rocketing what was once a niche market into the limelight.

“It is definitely the fastest-evolving and the fastest-growing sector of the market, by far,” said Matt Gaboury, co-founder of Washington-based Cultivar, a concentrates producer.

The increase in popularity is likely due to several factors, including the higher potency of concentrates, the fact that concentrates can often be consumed discreetly, and the growing variety of flavors (both natural and artificial).

Given the boom in popularity of concentrates in recent years, there’s been a natural increase in both the number of producers and the profits involved.

Even the relatively new Oregon-based Advanced Extracts, which just launched in April 2015, is already selling between $15,000 and $20,000 a month in product, and that’s only for medical customers, said founder Jason Schnepple.

Once the recreational market really gets going in Oregon, Schnepple hopes to quadruple his sales.

“It’s going to affect us in a great way,” Schnepple said. “It’s gotten to the point where dispensaries come to us for our product.”

Sales figures can be much higher for larger, more established companies.

“New extraction companies coming into the marketplace in the last year… they might be generating $100,000 a month in revenues,” said Brett Mouser, co-founder and co-owner of Colorado-based Mahatma Concentrates. “More seasoned companies would be up in the $250,000-a-month range. High-end companies, $400,000-$600,000 a month.”

Ryan Abernathy, CEO of Washington-based X-Tracted Labs, said his company was aiming for $3.5 million in sales this year but had to cease production due to regulatory changes as the state merges its MMJ industry with its recreational cannabis program.

Now, he still expects to hit $2.5 million in sales under the adult-use system. Even so, X-Tracted has more than doubled its sales figures in the past three years.

“It’s going to grow like wildfire,” Abernathy said of the coming years.

Mouser and Abernathy agreed that there are plenty of retailers in both Colorado and Washington that saw a serious chunk – upwards of 50% – of sales due to concentrates.

The popularity of wax, shatter and oil has blossomed along with various consumption devices. Many concentrates companies say their target demographic is the elderly, who like vaporizer pens, and/or 20-somethings, who prefer partying and dabbing over discreetly medicating. The latter demographic isn’t going anywhere anytime soon, and many in the concentrates niche believe it’s going to continue to explode in popularity especially as the recreational industry expands.

Concentrate producers have probably gotten the biggest black eye of any legal cannabis niche, in large part thanks to inept home producers who mishandle butane, which is often used in the extraction process. There was even an extraction-related explosion at a prominent New Mexico dispensary in July 2015, seriously injuring two employees.

Professionals still have to bear the brunt of that stigma.

“Concentrates kind of got a negative public perception early on,” Long said. “A couple years back, you’d read about butane explosions and things like that, and this perception started that it was a dangerous product, and we’ve had to work hard to overcome that.”

Another challenge can often be cost. Modern extraction equipment can run easily into the tens of thousands of dollars for a high-quality setup, depending on what a company wants or needs. And with that process comes the classic anti-cannabis prejudice.

“Even to get (mainstream lab supply companies) to sell us stuff… when we didn’t have a laboratory license, was a big hurdle,” Gaboury said. “Some big companies will still refuse to sell to us because we’re in the cannabis industry.”

Like many other sectors of the marijuana trade, concentrates companies also have to deal with a constantly changing web of regulations that can hamper growth, create business uncertainty and boost costs.

For example, Long has no idea what may be coming down the pipeline in California, where lawmakers are establishing regulations on the medical marijuana industry. There’s also the possibility that voters will legalize recreational marijuana this November, which could bring a host of new rules and regulatory changes.

“California is undergoing a complete shift in how it’s going to regulate the industry, so we as a company have to be constantly preparing for that shift. And we don’t even know what the laws are going to look like,” Long said. “That’s definitely one of our primary obstacles.”

Colorado is also considering proposals to severely limit the amount of THC in marijuana products, leaving some business owners worries that concentrates would in effect be banned.

A fair share of concentrates companies are also struggling to keep up with demand, which can be a good problem.

“The one we’re really struggling with is growth. It’s happening so rapidly that we’ve run out of physical space,” said Jenna Urusky, marketing director of KIND Concentrates in Arizona. “And we’re constantly hiring people, which is time-consuming but is a good thing because it just means that we keep growing.”

The concentrates industry isn’t going anywhere anytime soon. If anything, it’s only going to get bigger and better. The focus, however, for many of the existing companies is going to be on the tech side to get to the Promised Land of “pure THC.”

“We’re going to see more and more really high potencies…. consistently over 80% THC,” Urusky said. “There is a bit of an arms race to have the best test results, and people are drawn to that high potency number.”

Currently, a lot of concentrates are stuck in the 70-80% THC potency range, but some producers are claiming they have the technology to get up to 95-99% potency.

Companies are going to be constantly on the lookout for ways to improve their processes and maximize their returns on the cannabis plants they use.

For example, one California extraction company called The Clear has come up with a process that produces such high-quality results that other companies are already beginning to mimic it.

“They’ve gone through all the bumps and bruises and have been able to perfect it, and now they’re bringing it to other states, and we’re one of the few that’s been able to partner with them,” Mouser said. “What’s it going to be a year from now?”

Mouser said Mahatma is likely going to have to invest serious money in technological upgrades before too long, just to keep up with the competition.

“The equipment we’re working on and that we invested in early on… if we don’t switch over and upgrade into the new evolution of extraction equipment, we’re going to be behind the 8-ball,” Mouser said. “It’s almost like we’re coming out of the garage or basement and into a laboratory setup.”

That same technological boom is going to lead to a wave of new products, many focused on terpene flavor, both natural and artificial, Gaboury of Cultivar predicted.

“Terpenes – that’s something that we as an industry have really ignored for a long time,” Gaboury said. “That’s all of the flavor and smell attributes that people link to quality. That’s going to be a huge trend.”

He’s not the only one who thinks terpenes and new products will be big.

“We essentially remove all the fats, lipids and waxes, and that leaves us with a very pure THC product,” said Abernathy of X-Tracted Labs, adding that his company can get up to 99% purity with “distillates,” another type of new extraction product. “We like to produce concentrates that are high in terpenes, extremely flavorful, and represent the starting material to its finest.”