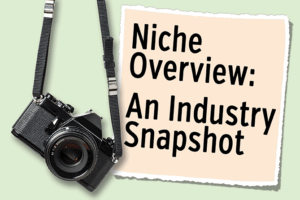 A few years ago, the word “edibles” was little-known outside cannabis circles. But the term has recently worked its way into the general lexicon in many states – due in part to the rising popularity of cannabis-infused goodies but also to some controversy these products have generated. Edibles now rank as a top-seller at many dispensaries and retail stores. The variety of products on the market is increasing daily, with companies churning out everything from standard brownies to infused sodas, gummy bears, pills and oils. Edibles makers are also expanding into new states as they try to create national brands, signaling immense opportunity in the market.

As the popularity of edibles has skyrocketed, however, manufacturers have had to adapt to ever-tightening regulations, evolving markets and constant barrages from cannabis opponents worried about child safety.

Here’s a closer look at this segment of the marijuana industry:

The estimated market for general marijuana-infused products hit between $650 million and $850 million in 2014, with the lion’s share of that tied to edibles specifically, according to data from the Marijuana Business Factbook. Many dispensaries report that edibles account for at least a quarter of their overall sales, though that percentage can be much higher. Some recreational stores in Colorado, for instance, say edibles make up nearly 60% of their total revenues. A handful of dispensaries and shops have even made edibles the centerpiece of their businesses, focusing more on infused products than traditional raw cannabis.

Colorado currently ranks as one of the biggest edibles markets in the country (both in its medical and recreational markets) alongside California. Some MMJ states coming online in 2015 are also expected to have a robust edibles market. Nevada, for instance, could see a surge in demand for edibles, as it will allow registered patients from other states to buy cannabis and related products when dispensaries open this year. Tourists might be more inclined to purchase edibles over raw cannabis – as we’ve seen in Colorado’s recreational market – because they are less conspicuous and easier to consume.

“Nevada’s going to blow it up,” said Chad Tribble, the CEO of Mountain High Suckers in Colorado.

Illinois is expected to be a hot market for edibles products, too. Some of the biggest opportunities in the edibles market going forward will be in Minnesota and New York. Both states legalized medical marijuana in 2014 but will bar sales of raw cannabis. That will open the door for a robust edibles industry.

On the recreational cannabis side of the equation, edibles are gaining traction in Washington State after initial licensing and regulatory issues delayed their arrival on the market. Additionally, the new rec markets of Alaska and Oregon are ripe for edibles companies, though it will all depend on how final regulations turn out.

Challenges for edibles makers differ from state to state, largely depending on the scope of regulations.

In some states like California there are no statewide regulations, so the edibles market is a free-for-all. In others, regulations are very strict, covering everything from testing, advertising and packaging to what types of companies can actually make edibles. This is especially true in states that have legalized medical marijuana more recently, such as Connecticut and Massachusetts.

These regulations can drive up costs and introduce logistical issues, which cut into profit margins. On the other hand, strict regulations can help stabilize the market, ensuring that companies are all operating on the same playing field and producing safe and consistent products. This helps improve the image of edibles among the general public and strengthens business conditions.

Some markets have unique hurdles. In Washington State – where rec sales began in July – edibles companies initially found it difficult to secure a reliable supply of cannabis trim to use in their recipes. That in turn drove up prices of available edibles to the point where many recreational shops decided not to stock them.

In New Jersey, meanwhile, edibles are excluded in the state’s MMJ law. The governor approved a measure to allow dispensaries to sell them – but only to minors with certain conditions.

Edibles companies also face political battles and perception issues in some markets. In Colorado, for instance, the Denver Police Department warned parents this past Halloween to be on the lookout for marijuana edibles masquerading as regular candy. No incidents were reported, but the warning cast edibles in a negative light.

Colorado and other states are also taking a much closer look at edibles, so the possibility of regulatory fluctuations is high.

The future of medical marijuana in Florida: Q&A with attorney John Morgan
3 Developments to Watch in 2015: Changing of the Guard, New Markets & Business Accelerator
Chart of the Week: Explosion of Nevada’s MMJ Patient Base as Dispensaries Near Launch
Leave a Reply Cancel reply
MJBizCon2021