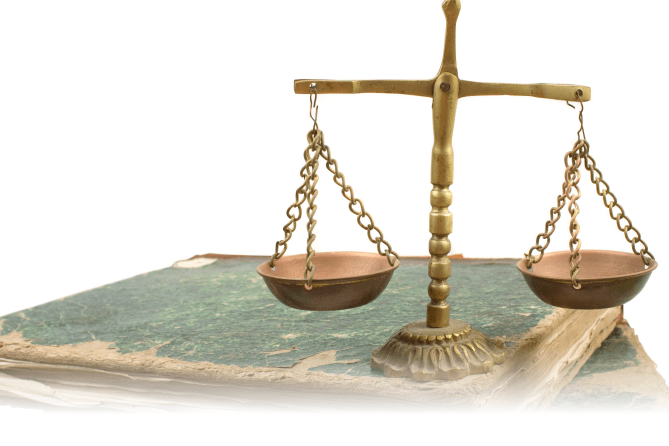 lndividuals who get busted for illegally selling or possessing marijuana aren’t the only ones tied to cannabis who might be interested in hiring a lawyer these days.

Every legitimate company that dabbles in marijuana likely needs at least some legal help with everything from winning licenses, writing contracts and understanding regulations to navigating zoning codes, working through real estate issues

and settling disputes with other businesses. Indeed, the rise of the state-legal cannabis sector has given birth to a cottage industry of lawyers and law firms specializing in cannabis-centric issues.

“The focus has changed from ‘How do I not get arrested’ to ‘How do I do this legally and start to be a successful business,’” said Eric Berlin, a Chicago-based partner at Jones Day, a global law firm with more than 2,400 attorneys, including 10 who are dedicated to marijuana-related business clients.

Brian Vicente, one of the premier cannabis lawyers in Colorado, estimated that there are probably 40-50 attorneys nationwide who focus solely on marijuana, and perhaps a few hundred that work with cannabis companies in addition to more mainstream clients. There are far more that will do short-term piecemeal work for those in the marijuana trade.

The number of attorneys who are actively helping marijuana companies has increased noticeably as of late, in part because more states are legalizing or getting their programs up and running, but also because it’s becoming a more acceptable industry in the eyes of the legal world.

“For years, this was viewed as a real taboo area for lawyers to go into,” said Vicente, who’s been working on cannabis issues his entire professional career, which began in 2004. “But in the last year or so, the public has realized that marijuana reform is going to spread and spread, and as a result, attorneys are taking a closer look at this.”

With good reason: Demand is growing, and there’s plenty of money to be made. Though many attorneys Marijuana Business Magazine reached out to for this story didn’t want to disclose their hourly rates, Vicente said his is between $450 and $550 an hour. His firm now pulls in millions of dollars in revenue every year from cannabis work.

San Francisco’s Henry Wykowski, another well-known attorney who specializes in cannabis clients, said his small firm generates millions of dollars each year from the marijuana industry as well. Wykowski and his fellow attorneys work with roughly 100 clients in the cannabis business (the firm also serves clients from outside the industry).

“In the beginning, it was a couple dozen people, and then more came to us, and now, just in the last week, we’ve been hired by five potentially major players in the industry,” Wykowski said in May.

While cannabis companies are a big part of Wykowski’s firm, many lawyers take on marijuana clients on the side to simply pad their income, broaden their expertise or dip their toes in the industry.

Gary Michael Smith, a senior partner at Smith Paknejad in Scottsdale, Arizona, said his firm has four attorneys on staff, two of which do cannabis-related work. Overall, the cannabis industry accounts for 10% of the firm’s client base, bringing in tens of thousands of dollars annually in revenue.

“Most of the … lawyers that are now claiming to do marijuana law are chickens who stayed on the sidelines until recently,” said Smith, who began working with cannabis clients in 2010. “And the industry itself (in Arizona) is physically not growing very much, because there’s a fixed number of dispensaries.”

But there are plenty of states that are seeing growth – and new ones coming online each year. For instance in Pennsylvania, which just legalized MMJ in April, a medical cannabis law group has already materialized.

“There’s just going to be more work for attorneys in this space over time. I think we’ll see higher-caliber lawyers getting into this,” Vicente said.

The profit margins for law firms engaged in the marijuana industry depend greatly on many factors, including the type of client and the type of help needed.

“We have a land use attorney, we have an employment lawyer, we have a real estate lawyer, we have a tax attorney – so all of those pieces of the industry, we’ve got lawyers from traditional practice models to serve these clients,” said Amy Margolis, a shareholder and one of the founders of Emerge Law Group in Portland, Oregon.

Margolis and a partner founded Emerge in July of 2014, and the firm has already grown to 12 staff attorneys, along with revenue in the low seven figures, she said. Roughly 80% of the firm’s client work is directly related to the cannabis industry.

“It has been quick growth. But we’ve had rapid changes here. In 2014, we didn’t have a recreational market,” said Margolis, who now has a few hundred clients in the marijuana business. “We’re reflective of the rapid growth of the industry in Oregon.”

Attorneys say it’s generally a mixed bag in terms of the legal services in demand. That means the more diverse a staff a firm has, the more likely it is to attract companies from the marijuana trade, simply because what’s in demand can change from year to year.

“Originally, it was nothing but transactional work (in Arizona), because everybody was jockeying to get their applications in, just in hopes of getting a dispensary,” Smith said.

But after a few years, some of the MJ-related legal work turned into litigation as business partnerships began dissolving into ownership and debt disputes.

“That’s when the predators swooped into Arizona with their buckets full of cash and their fine-print contracts,” Smith said. “A lot of these deals, after papers got signed and money was exchanged, they blew up.”

Change is also materializing in Oregon, which is rolling out its recreational cannabis program.

At some point, she expects the situation in Oregon to stabilize and normalize, with demand shifting to more corporate work as people bring in new investors.

There are still ethical questions in some states surrounding the legal profession and paid work for what’s still a federally illegal trade, said Berlin of the law firm Jones Day. That can make things tricky for some attorneys, depending on the state.

“There can be issues with respect to the payments and money laundering, so you need to be careful of that,” Berlin said.

The rules of professional conduct for attorneys in some states also need to be clarified before lawyers feel completely comfortable working with MJ-related clients.

For firms looking to grow in the cannabis space, a big issue can also be finding good help.

“The most difficult thing I’m dealing with right now is finding competent attorneys to assist me in representing a client,” Wykowski said, adding that he’s “very particular” about who he chooses to hire. “These cases don’t just fall off the tree. They take a lot of work,” he said.

Another issue is trying to deliver sound legal advice for companies in an industry with constantly changing regulations.

“Doing compliance and administrative law work, it is not being able to give clients the kind of advice you want to give them, because that kind of advice doesn’t exist yet. And that is pretty unique (to the marijuana industry),” Margolis said.

Lawyers that work with marijuana companies also deal with the same big business headache other companies in the cannabis trade experience: a lack of banking options. Some cannabis-centric law firms have been kicked out of numerous banks – even though they don’t touch marijuana – or have run into resistance from financial institutions.

“Intellectual property is the new frontier. This is going to be the hot, hot issue over the next five years,” Smith predicted. “All these players are getting in and they’re trying to build brand identity. What is the surest way to lock up your brand and protect your product? That’s through trademarking.”

Though federal trademarks are still currently unavailable for most plant-touching companies given that marijuana is illegal, Smith believes this will change as more states legalize medical or adult-use cannabis, possibly even at the national level.

Should federal legalization occur, there will be a rush to trademark all types of products, from different strains of flower to edibles recipes – which means more work for attorneys.

As the cannabis industry continues to mature, the need for attorneys is naturally going to rise.

“What we’re going to see is consolidation in the industry through mergers and acquisitions, and one of the things we’re seeing is more stakeholder disputes. As the entities become more successful, the founders start to fight among themselves,” Wykowski said.

“When you bring in outside partners, they don’t have the sense of loyalty to the founders that the people who were there from the beginning have, and I think we’ll see shareholder disputes, stakeholder disputes,” he added.

And as the industry grows, it’ll need more lawyers. That’s a certainty, akin to death and taxes – so expect to see a spike in the number of attorneys entering the industry.

“It’s just going to continue to get into specialized areas of law,” Berlin said. “Quite frankly, as more money gets into the industry there will be even more demand for lawyers, because there will be a lot of money at stake.”

That means firms will have to diversify their services by expanding and hiring more attorneys with a variety of backgrounds.

That’s especially true with the next generation of lawyers. Vicente said that as an alumni of the University of Denver’s law school, he’s learned that roughly a third of all applicants to his alma mater want to go into marijuana law.