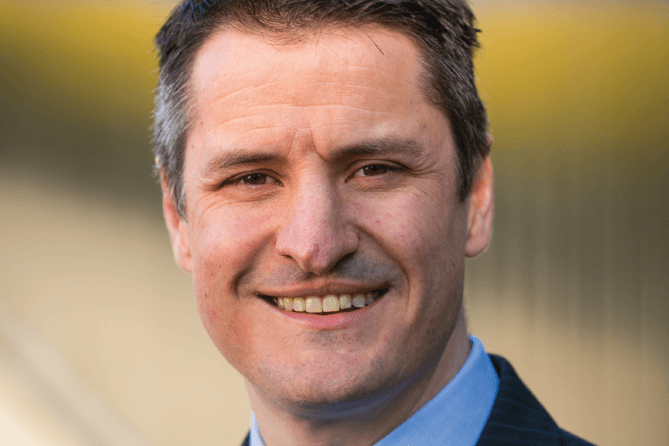 Brendan Kennedy knows the ins and outs of marijuana investment. The CEO of Seattle-based Privateer Holdings holds the reins of an influential private equity firm that recently raised $122 million to invest in marijuana businesses. In doing so, Privateer became the first cannabis-centric investment firm to drum up more than $100 million. Privateer’s current holdings include:

What will it take to get prominent Wall Street investment firms to start pumping money into cannabis companies?

We secured the first institutional investment in 2015, and Cowen and Company became the first Wall Street investment bank to initiate coverage of the cannabis industry. So, in many respects, this has already started. But cannabis is still a very nascent industry that is operating largely in isolation from the rest of the global financial system. That’s finally beginning to change.

Investors are becoming more sophisticated, representing larger pools of capital from more traditional sources. We’re still waiting to see an influx of large institutional investors into this space. But that will change when the banks get more comfortable. That will happen as our industry continues to develop and professionalize.

While many marijuana businesses are focused solely on the burgeoning U.S. market, you’ve spent a lot of time exploring opportunities in other countries. What are the most promising international markets from an investment and business perspective?

In particular, Germany – the second-largest health care market in the world after the United States and a nation of 80 million people – is in the process of implementing a medical cannabis program in the first half of this year.

Meanwhile, I think we are about a decade away from international exports and trade for recreational cannabis. Canada is set to introduce its framework for recreational legalization later this year, becoming the first G-7 nation to do so. That will be a real victory for the legalization movement that should reverberate around the world.

How should U.S. cannabis companies determine whether they should focus on the domestic market or expand outside of the country?

Last year Tilray became the first company to export medical cannabis products from North America to the European Union. That accomplishment required months of preparation involving dozens of people navigating complex regulations on multiple continents. Companies that are interested in international expansion need to do due diligence and consider all of the factors involved before they decide to take their businesses abroad.

How do you think the industry will fare under Trump, and has Privateer or any of its portfolio companies shifted plans as a result of his election amid the uncertainty?

We are hopeful President Trump’s administration will respect states’ rights to set their own cannabis laws, as well as the will of the voters in states that have decided to legalize cannabis for medical or recreational purposes. Cannabis legalization measures won by a wide margin in both Republican and Democratic states, demonstrating that legal cannabis is a mainstream issue supported by Americans around the country and across the political spectrum. It would be politically unwise for the new administration to roll back reforms.

Canada has the most sophisticated medical cannabis program in the world, with robust quality-control requirements overseen by experienced regulators. Tilray is and will always be a medical brand — we are committed to partnering with universities, hospitals and other research institutions to advance our knowledge of the science behind medical cannabis. Any recreational opportunities Privateer Holdings may pursue in Canada would be new brands. We estimate Canada’s medical market to be a $1 billion opportunity, while the recreational market already is a $6 billion illicit market.