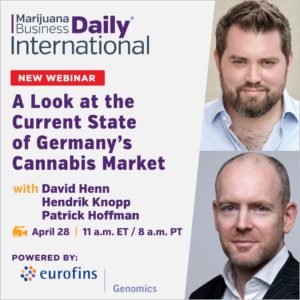 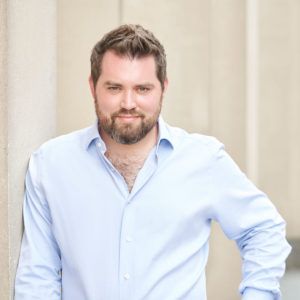 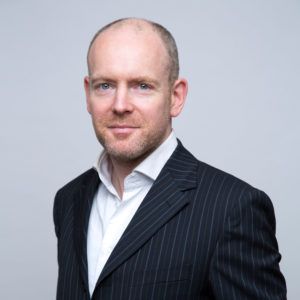 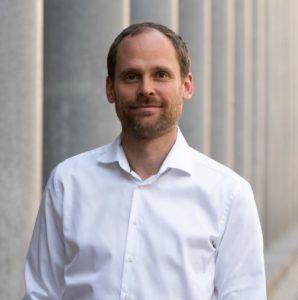 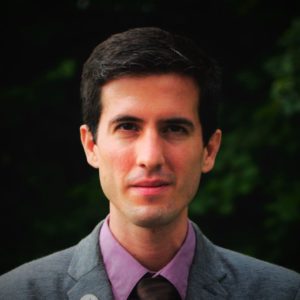 From Production to Retail: A Look at the Current State of Germany’s Cannabis Market

Germany is Europe’s economic powerhouse, and when it comes to cannabis, what happens there impacts the entire European market.

In this free webinar, David Henn, CEO of Cannamedical, Hendrik Knopp, managing director of Aphria Germany and Nordic, and Patrick Hoffmann, Co-founder of Cantourage, discuss how the cannabis market in Germany is developing and what changes are on deck for the industry.

David is the founder and CEO of Cannamedical, which he founded back in 2016. He has been a key driver of the company’s growth, ongoing vision and structuring. David’s primary focus has always been to generate strategic partnerships around the globe, executing growth opportunities and the fundraising of 25M€ to date. He is responsible for overseeing all general management of the organization, advancing a corporate market strategy, regulatory affairs and fostering an entrepreneurial spirit throughout the company.

Cannamedical is a pioneer in the medical cannabis business who has built active commercial relationships with around 3,500 pharmacies throughout Germany and created the largest and most stable supply chain in the EU with access to 40,000kg of medical cannabis that are being sold with the Cannamedical label. The company currently expands to 3 other EU markets and employs over 50 employees in Cologne.

Hendrik currently serves as the Managing Director of Aphria Germany and Aphria Nordic. Prior to joining Aphria, Hendrik practiced as a lawyer for the highly regulated industries of gaming and automotive. He served as the Director of Poker Marketing and Marketing Development at Bwin Party PLC from 2006 to 2011.

Patrick founded Pedanios GmbH together with Dr Florian Holzapfel in 2015. Pedanios was the very first cannabinoid-specialized medical wholesaler and importer in the European Union.

After the takeover by Aurora in 2017, Patrick successfully advanced the expansion of the company by establishing subsidiaries in seven European countries, exporting medical cannabis to six countries and establishing cultivation licences in four EU countries, including 5 of 13 lots in the German cultivation tender. In 2019 Patrick decided to hand over the position as managing director to two colleagues and to start new with Cantourage. In April 2020 Cantourage introduced it’s first product Dronabinol as a first production alternative to the ancient monopolist Bionorica / Canopy Growth.

Based in Germany, Alfredo specializes in international cannabis markets and regulations, drawing upon his extensive academic background in business and public policy. Previously, he founded Transnational Cannabis, a consultancy firm that focused on cannabis regulatory frameworks in Europe and Latin America. Before that, he did business development for ICC Labs with a primary focus on developing expansion opportunities internationally.

For access to the webinar video, please complete this short form.