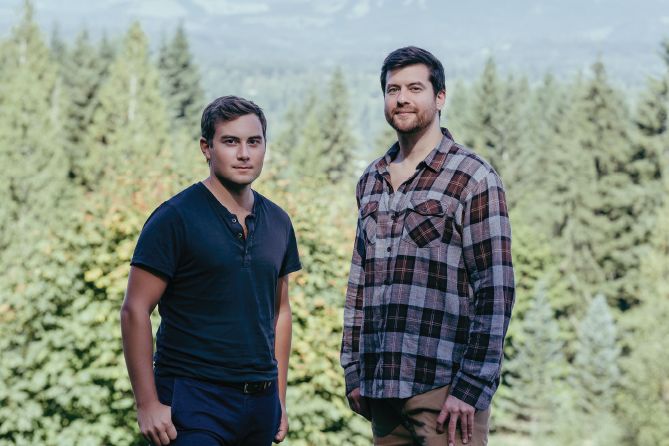 As someone who has successfully created three businesses from the ground up, Ryan Smith knows plenty about raising money.

Last November, the 27-year-old co-founder and chief executive of the cannabis-focused e-commerce platform LeafLink raised a cool $10 million in a Series A funding. Investors included rapper Snoop Dogg and a venture capital firm that has made early investments in several non-marijuana companies, including the popular news website Buzzfeed.

Smith, whose company serves as an online inventory and ordering platform for marijuana businesses, likes to tap a mix of investors, including veteran funders that already have wagered on cannabis as well as newbies to the industry.

The young entrepreneur also says a big part of his fundraising success comes from building on the relationships he established with venture capitalists when funding his two previous endeavors.

“I built relationships with mentors and investors through my last two companies before LeafLink: one during college called EcoCampus that we later sold to other students and turned into a legacy business, and then Trulopy, an investor-relationship-management platform that was acquired by an NYSE public company in 2014,” Smith said.

“There’s an old-school element to it – a lot of personal introductions. You start with investors you know well or get introductions through people who know what you’re building. It’s definitely a smart idea to maintain strong relationships with investors over time. Investors who experience a positive outcome with you in one venture will be more likely to invest in future companies.”

Taking It on the Road

To date, LeafLink – which was founded in 2015 – has raised a total of $14 million and used it to build out the company, which has dual headquarters in New York and Los Angeles.

How does Smith drum up money?

After deciding how much cash he needs for a company, Smith takes a mini-road show to meet with large venture capital firms.

Because not all investors are comfortable investing in cannabis-related companies, Smith looks for VC firms that are institutionally structured but not institutionally backed, meaning they raise private money and don’t take checks from banks or pension funds that have restrictions around where they can invest.

“Most institutionally backed funds are not interested in investing in the cannabis space, but we look for institutionally structured funds because they generally are experienced and professional,” Smith said. “We’re very deliberate about who we meet with. We keep meetings exclusive to value-add investors or introductions that we’ve vetted as possible fits.”

In LeafLink’s case, Smith has had two experiences in which investment agreements ultimately were scrapped because not all investors in a VC fund were ready to wager on the marijuana industry.

“We’ve gotten better about asking the right questions,” he said.

First, Smith wants to know whether a potential investor is currently investing in the cannabis space – or is just researching it and wants to learn more.

“Half of our job is to get companies that aren’t yet investing excited,” he said. “We’re happy to talk about our industry, but it’s good to know whether they’re investing or we’re just sharing.”

Smith asks potential investors other questions to gauge their interest:

“We look at B2B marketplaces they’ve funded before that are doing really exciting things,” Smith said. “We also reach out to other companies who have worked with our potential investors to see what they say about them. Some investors are too involved, and some just write a check. Some are in between.”

LeafLink creates pitch decks that show prospective investors the potential for its business model. Smith said he always starts with how exciting the space is, then follows with achievable goals and the dates they will be reached.

“We’ll lay out a plan,” he said. “Generally speaking, we’ve achieved what we say were going to in the past. They’ll know what we’re working on. We’re not just making noise; we’re progressing forward. As we get further down the line, it can become a little more of a vision because we’ve built this foundation of trust and execution on goals.”

Smith said it’s important for entrepreneurs to seek funding from venture capital firms that have never invested in a cannabis-related company, as well as those that have already bought into the industry.

LeafLink’s Series A funding came on the heels of a $3 million oversubscribed round led by cannabis newcomer Lerer Hippeau Ventures, which has invested in companies such as Buzzfeed, mobile payment service Venmo, online mattress retailer Casper and Warby Parker, a designer and purveyor of eyeglasses.

“We need to educate people about what we’re building here, how important it is not only to medical patients but also for the state tax coffers,” he said. “You just have to create a big funnel and, hopefully, you can get the right fit.”

Nosara Capital, a British venture capital firm that had not previously invested in cannabis-related companies, led the $10 million funding. Other investors included a mix of companies that had never invested in cannabis, including Wisdom VC, TIA Ventures and Brand New Matter, as well as Lerer Hippeau, Phyto Partners and Snoop Dogg’s Casa Verde Capital, which focuses on early stage ancillary investments in the cannabis industry.

Conventional businesses that are successful at raising money position themselves to be industry disruptors. By contrast, Smith said, marijuana entrepreneurs who portray themselves as visionary or future looking will have an easier time getting investors excited about their businesses.

When pitching LeafLink to investors, Smith said he and co-founder Zach Silverman, who is chief technical officer, characterize the company as the backbone of the supply chain.

“There’s really nothing to disrupt,” said Smith, who in 2016 was the first cannabis entrepreneur to be picked for Forbes’ “30 Under 30” list of young leaders. “It’s all brand new. We tell them what it can mean if we get in early and define it, because it’s so much harder to change habits than create something from scratch. We have the unique opportunity to empower businesses.”

Smith cautions against raising too much money from small investors, noting that if you have 25 people writing checks for $20,000-$30,000, it’s hard to maintain the relationships.

“If they can only write a check for $25,000, that money means a lot more to them than a company that can invest $1 million,” Smith said. “Smaller investors require a little bit more attention. Having an overextended group of investors can become burdensome. Don’t just take any money that comes your way – all money is not the same.”