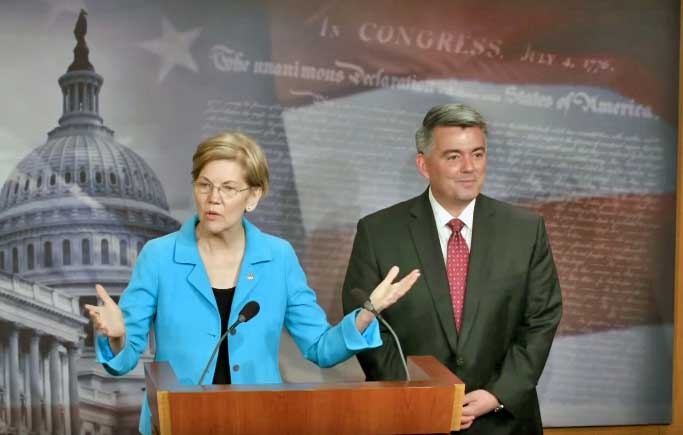 Advancement of key legislative measures in recent weeks and signals of support for reform from U.S. Attorney General William Barr are boosting investor sentiment and fueling interest from Wall Street banks and major institutions that – until recently – have watched the industry from the sidelines.

For investors, federal cannabis reform ushers in a host of considerations – depending on your position.

Here’s a look at the evolving landscape, the big players getting in and a deeper dive into the key considerations for investors as federal reform draws near.

Times They are A-Changing

In just the past month, two key legislative proposals advanced through Congress that industry experts believe could pave the way for cannabis reforms within the next year:

The Secure And Fair Enforcement (SAFE) Banking Act, which had been shelved for more than half a decade, passed the House Financial Service Committee with a 45-15 vote. It could receive a full House vote in June.

The STATES Act, which aims to give states the ability to enact their own marijuana policies and resolve banking and taxation issues, was reintroduced in both chambers with bipartisan support.

Additionally, AG Barr noted that federal cannabis reform is preferable to what he called an “intolerable” landscape today.

The moves are “clearly positive for early investors,” and they signal a de-risking of the industry that’s driving up deal flow “in anticipation of positive developments at the federal level,” said Salveo’s Howard.

Among the most recent activity:

Prepping for Competition and Consolidation

For investors, the recent deals underscore the flood of institutional capital cued up for cannabis and the consolidation that is expected to accelerate rapidly in the U.S. once federal reform lands.

“On the investment side, we expect capital to flow to every sector of the market,” said Karan Wadhera, managing partner at Casa Verde, a cannabis-focused venture fund. “We continue to expect strategics to enter the space in a way that aligns with their current knowledge base—agriculture businesses toward cultivation, CPG toward brands, retailers toward dispensaries.”

New York-based Tuatara Capital is working on a $375 million cannabis investment fund—the second to date for the firm—that will focus on investments in cannabis sectors the company believes will have the most “relevance” after federal reform, according to Al Forman, managing partner at the private equity firm.

Those sectors include social consumption, cannabinoid health and wellness, cannabinoid pharmaceutical, and hemp.

“When you think of the signals the industry has started to receive … it gives the indication that there is a broader corporate strategic entrance coming as regulations and policy in the U.S. firm up,” Forman said. “Within that framework as we evaluate investments, it really becomes incumbent upon us to be able to identify the types of teams, business models and intellectual property that will both have relevance in those future end markets and will be attractive to one of these entering strategics to either acquire or partner.”

For investors currently in the space, the anticipated consolidation should provide strong exit opportunities.

Valuations may run up in the short-term post federal reform, but over time they likely will level out as more institutional money moves in, said John Wagner, managing director at Colorado-based 1stWest Mergers & Acquisitions.

“Old-school firms use old-school traditional valuations when buying companies, and they will stay in those swim lanes no matter what they are buying, whether it’s a door lock company or a cannabis company,” he said. “Look for more valuation discipline by larger and increasingly professionalized cannabis investment practices.”

“From our seat, we’ve tried to prepare (for federal reform) by making investments in businesses that should perform well regardless of regulatory climate,” Wadhera said. “We have intentionally avoided businesses that are solving short-term, regulatory pain points to avoid this deregulation risk.”

Larger U.S. cannabis companies that have turned to Canadian capital markets to list and raise capital could uplist to the major U.S. indexes.

“You’ll see a huge pop across the board on all of the stocks, and with better access to capital, these companies could grow faster,” said Andrew Kessner, an analyst with New York-based William O’Neil.

But reform also opens the doors for larger players such as Big Alcohol or Tobacco firms to compete, which could shut out some multistate operators if they’re not takeover targets.

“If a firm came in with $2 billion and major corporate infrastructure, it could buy up some existing assets and become a pretty formidable player,” he said. “If you’re a company like Curaleaf or Harvest, right now they have this window to build up their business without threat of competition from Canadian LPs or a CPG industry leader.”

Brett Hundley, an equity analyst at New York-based Seaport Global Securities, added that multistate operators, both public and private, have been the “sought-after investments” at this point in U.S. cannabis.

“The risk for today’s cannabis companies is this: if legalization happens too soon, Big CPG will come into the cannabis space and simply take technological know-how—either through partnership or some other mechanism—and input this into their own brands,” he said. “Investors will, in turn, put their money into these big CPG equities, and a lot of the expected valuation wave for U.S. cannabis operators will disappear. In a perverse way, full federal legalization is probably bad for the marijuana industry right now.”

Another consideration: Returns and generous terms on private investments may also come down as the price-to-risk ratios on cannabis deals fall, said Danny Moses, investor and member of the investment committee at cannabis equity fund Merida Capital.

“The terms that you’re receiving to deploy money right now are very generous,” he said. “You’re getting warrant coverage, options, board seats. That will go away when the institutional money comes in. Right now, you also have the chance to see outsized returns, but if you’re waiting to pull the trigger until federal reform, you’re waiting to compete against institutional money and that won’t be easy.”