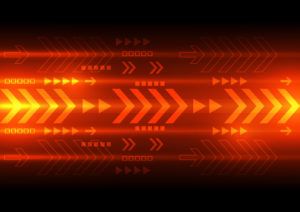 Denver-based cannabis technology company MassRoots’ website has been offline for a number of days, raising fresh questions about the financial health of a company that has been in turmoil since at least 2017.

Isaac Dietrich, the company’s founder and chief executive officer, maintained in an email to Marijuana Business Daily that the cannabis social networking pioneer is still in operation, despite some reports to the contrary.

“Our website will be back online shortly,” Dietrich wrote. “We recently encountered server issues that are in the process of being resolved.”

MassRoots, founded in 2013, has burned through millions of dollars while trying to figure out a way to become profitable.

The technology app enables consumers to rate cannabis products and strains. The idea is that businesses can use that information to strategically advertise to consumers based on their preferences.

But the company’s financial situation has looked dire for some time.

MassRoots is late in filing its third-quarter report to the U.S. Securities and Exchange Commission.

MassRoots ended the quarter with only $1,650 of cash on hand.

Dietrich wrote in his email that raising capital never has been an issue, and MassRoots has raised more than $750,000 since July, mainly from three institutional investors.

“We’re laser-focused on getting MassRoots to a point where it’s generating positive cash flows from operations,” he noted.

John Fife, founder of a Chicago-based investment banking firm that provided financing to MassRoots, said this week he believes the company is still in operation but acknowledged: “I don’t really know.”

Fife said one of his investment companies provided about $2 million in financing to MassRoots.

A June regulatory filing indicated that Fife’s Iliad Management had converted a bulk of its promissory notes to 18.8 million shares of MassRoots.

However, MassRoots’ stock is virtually worthless.

Shares of MassRoots (OTC: MSRT) were trading at about a third of a cent on Wednesday, according to the OTC website.

Meanwhile, Dietrich waxed optimistic about the company’s future despite the fact MassRoots’ website has gone dark.

He noted that the company has invested in the development of a new cannabis rewards program that will be released later this month, and “we expect it to be a defining event for MassRoots’ community and shareholders.”