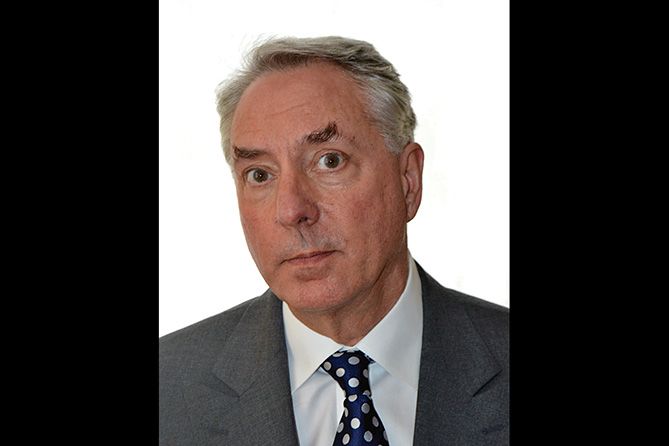 In some ways, cannabis companies are no different from businesses in more mature industries. Both need to focus on things such as revenue growth and gross-margin control.

That said, John D. Wagner, managing director of Colorado-based 1stWest Mergers & Acquisitions, believes there are certain factors in a high-growth industry such as cannabis that may require a different tack from both investors and the companies themselves.

The M&A firm offers a specialty practice in the marijuana and hemp sectors and has transacted more than $1 billion in deal values.

In preparation for his appearance at MJBizDaily’s Investor Intelligence Conference being held Dec. 9-10
in Las Vegas, Marijuana Business Magazine spoke with Wagner about his company’s cannabis investment philosophy.

M&A activity in the cannabis market has slowed recently—at least in the mega-deal sector. Why do you think that is, and do you see any upcoming change in that trend?

My experience is that there are a remarkable number of pent-up deals waiting for:

Company ownership regulations to be clarified, as we see in Colorado with HB 1090 (a law designed to enable out-of-state investment in cannabis).

We are closely watching HR 1595 (the SAFE Banking Act), which passed the U.S. House of Representatives, and is now headed to the U.S. Senate.

We have seen lots of evidence that limited partners of private equity funds want to come into the marijuana sector but won’t do so until federal banking access, at least, is secured.

Are there any specific sectors in the cannabis industry where you see M&A being particularly busy in the near term?

We see two sectors that are especially hot right now.

Contrary to the impression that the action is in grow houses and extraction, we see that testing labs that focus on legal compliance are outperforming other areas of the market in terms of valuation. That’s largely because of the programmatic/repeat business batch-testing volume of hemp and marijuana products required by law, and by the EBITDA (earnings before interest, taxation, depreciation and amortization) margins that the labs are able to achieve if they are well run.

Secondly, companies that offer CBD-based health, beauty and wellness products that also have legacy relationships—or strong new relationships—with retail giants like CVS and Walgreens are going to achieve high values—especially over the next 18 months.

What is the best piece of advice you can give to a target company looking for an acquirer in this industry?

One sure mark of a well-run company is its EBITDA margin, which is essentially how much of every revenue dollar falls to the bottom line after traditional expenses.

We look at EBITDA margins when we consider taking on a client. If they are hovering in the low-single digits, they won’t achieve a meaningful value in the market. That’s because companies are almost universally purchased on a multiple-of-EBITDA basis. That said, when you have a value-added company, like a testing lab, which has EBITDA margins bumping up against 40% or 50% or more, wow, those companies achieve very high values and can be sold readily.

So, our advice is to focus on EBITDA—being careful not to artificially pump it up—while controlling your operating expenses as a percentage of revenue.

I know you have been discussing the importance of earnouts recently. Can you sum up why these are particularly relevant in the cannabis industry?

Hemp and marijuana are high-growth sectors, and they will be for some time to come.

A hemp or marijuana company may show great promise yet be losing money—or at least not be showing a meaningful profit. Owners of such companies are reluctant to value the company for investment or acquisition based on historical EBITDA, or trailing 12-month (TTM) EBITDA, or even current EBITDA. They want them valued on future EBITDA, as yet unrealized, whereas an acquirer or investor wants the value pegged more closely to current performance.

That tension—high-value expectation of the owners with lower ones from the investor/acquirer—can be managed with an earnout, which is a risk-allocation vehicle. A certain percentage of the deal value can be paid at deal’s close with tranches paid over future time for incremental EBITDA as it is achieved. This is typical for high-growth companies.

Are you seeing cannabis business owners with unrealistic valuation expectations?

Yes, occasionally. One of the first questions we ask when we engage a prospect is: “Have you thought of what range of value you’d like to get?” If it’s unrealistically in the stratosphere, we will defer working with them.

The reason is that, after the hype burns off, hemp and marijuana companies are subject to the same vagaries of any other businesses.

The same performance principles apply no matter what you’re selling. Generate a solid top line, control your operating expenses, watch your gross profit margin and drive toward EBITDA. That’s what generates value, and that’s the same advice we would give to a company inside or outside the cannabis industry.