Arizona entrepreneurs planning to open dispensaries in the near future will have a sizable market to tap.

Nearly 34,000 patients have active MMJ cards in the state as of Nov. 7, according to the latest data by the Arizona Department of Health. That’s a relatively large base of potential customers, amounting to an average of 307 patients for each of the 97 dispensary finalists recently selected by the state.

Some medical marijuana states have a higher ratio of patients to dispensaries, which ostensibly creates a better business climate for MMJ centers. But the numbers aren’t representative of the actual customer base, as many patients grow their own rather than buy from licensed dispensaries.

In Arizona, on the other hand, the opening of dispensaries will trigger laws that prevent most residents from growing their own marijuana. The bottom line: The vast majority of Arizona’s 34,000 qualified patients will have to turn to dispensaries for cannabis.

Last week, local officials approved the first dispensary in the state, a huge step for the fledgling program. The center – called Arizona Organix – hasn’t set an official opening date, saying that it might be weeks or months away. Arizona officials will likely approve more dispensaries in the near future, meaning we could see the industry really take off by early next year (though much of it will depend on a crucial court case that could derail the entire program).

Here are some other stats about the customer pool in Arizona:

– Chronic pain ranks as the top medical condition, with 90% of registered patients reporting it as a reason for joining the program.

– Gila County has the highest concentration of registrants, with 9.2 card-carrying patients per 1,000 residents, followed by Yavapai (8.7) and Coconino (8.4).

– The state has revoked just one MMJ card through June. 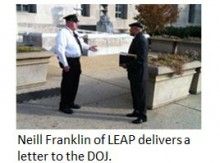 Weekly Wrapup: More States to Weigh Legalization + How to Succeed in the Cannabis Business