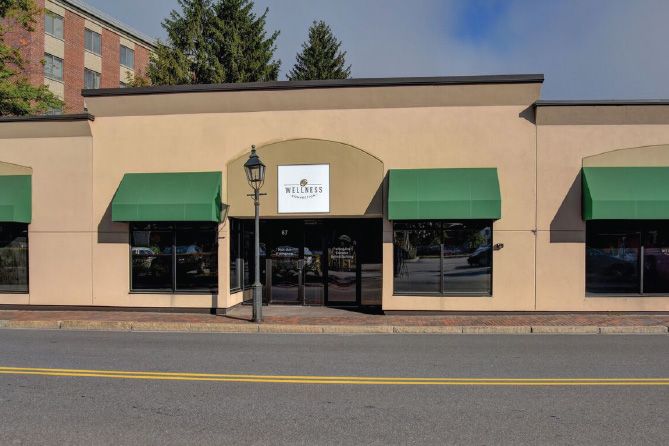 Marijuana retailers and growers have sometimes been forced to pay two to four times the market rate when leasing a building.

At first blush, negotiating a reasonable deal may seem like a hard sell given marijuana’s illegal status under federal law.

But that doesn’t mean you shouldn’t try. In fact, it may be possible to eke out a lower rent – or at least convince a reluctant landlord to lease you their property. Any break would be welcome, given that the monthly rent can cost tens of thousands of dollars. That’s on top of other expenses such as electricity.

To begin, you need to be flexible and willing to kick in sweeteners to entice a wary landlord. You might, for example, pay six months of rent upfront versus three. Or you might agree to add a stipulation to your lease that you’ll expand your operations down the road.

Moreover, you want to squelch any preconceived notions a landlord may have about cannabis. Instead, present yourself as a legitimate business owner.

“One of the main things you have to do is prove you are professional,” said Patricia Rosi, CEO of Wellness Connection of Maine, which operates four medical marijuana dispensaries. “When you meet with a building owner, plan to bring in your business plan, business referrals, provide compliance records. Convince your landlord you are here to stay.”

Here are tips that could make leasing a marijuana space less onerous.

Just as consumers and politicians have misconceptions about marijuana – legalization generates crime, for example – landlords, too, can fall prey to bogus information. It’s useful to be upfront with a prospective landlord about your operations to ease any jitters. Landlords, for starters, have a reason to be uneasy.

“Leasing to a marijuana business is like no other business in the country,” said Jack Hudson, founder and CEO of Ermont, a 36,000-square-foot medical marijuana grow and dispensary in Quincy, Massachusetts.

“We are the only industry where a bank can demand that your landlord stops leasing to you or it will call the mortgage. So landlords take a lot of risk by leasing to a marijuana business.”

Hudson is taking steps to ease such worries as he tries to expand into recreational marijuana under Massachusetts’ new adult-use program.

While he scouts parts of the state to find a suitable location, he plans to allay concerns that a retail shop will result in an annoying flood of customers by urging potential landlords to visit his Quincy Dispensary.

Hudson wants them to know that while 250-350 patients visit his dispensary daily, they are spread throughout the day and don’t tie up traffic.

Typically, there’s a line to the door when Ermont opens at 10 a.m., and the 15 parking spaces (soon to be expanded to 20) are usually full until noon. Business then slacks off. It picks back up from 3 p.m. to 5 p.m. and again as closing time nears at 7 p.m.

In short, Hudson knows he must be ready to pull out the stops to reassure a landlord.

Bring More Money to the Table

Remember, too, that money talks.

As a show of good faith, if a landlord is asking for three months of rent upfront, consider offering six months, advised Rosi. That shows you are serious, and the landlord may be willing to negotiate with you on other points.

Hudson used a similar strategy when he first signed a lease for Ermont but then couldn’t move into the building as quickly as planned.

Hudson initially signed the lease in November 2013 and made a $35,000 deposit. He ended up raising the ante by $130,000 – to $165,000 in deposits – to help keep the deal alive when he didn’t get the necessary government approvals as quickly as he had expected.

“These additional deposits were to mitigate the landlord’s risk in the event Ermont was not a successful applicant,” Hudson said.

“Once Ermont’s final approval was obtained from the Massachusetts Department of Public Health in May 2016, the majority of the additional deposits to mitigate such risks were returned,” he added. “The upfront money definitely helped keep the lease alive.”

If you expect to need more space down the road and the building has room to grow, put that into your lease.

“One thing I tell my marijuana clients to do is visualize where they think they will be in five or 10 years,” said Blake Cisneros, a broker with City Closers in Seattle.

“Let’s say you need 3,000 square feet for your cannabis shop today, but you think you will need 10,000 square feet down the line. If you are in a place where you can negotiate to lease 10,000 and grow into it, I guarantee you that 10 years from now you will be happy with the price you locked into today.”

Rosi noted that landlords may look kindly on a marijuana operation growing into space currently occupied by tenants on a month-to-month basis or a short-term lease, because the building owner will not have to worry about turning off other tenants who don’t want to be near a dispensary.

She added that more space could become available in a building and a marijuana operator should be on top of such changes. “Talk to your landlord often to stay in the know of potential changes,” she advised.

Hudson agreed. “You might be able to help your landlord out by committing to space in the building,” he said.

Make Your Landlord a Partner

Many traditional retailers will provide their landlords a percentage of their sales, in addition to their base lease rate. But many states bar marijuana businesses from entering into such agreements.

On the other hand, you may be able to get a lower lease rate by giving your landlord equity in your business, advised Hudson and others.

It could prove valuable, given that a lease can be pricey. In Hudson’s case, his lease expenses are close to what he spends on electricity – around $40,000 per month. In this case, however, Hudson cannot offer a landlord an equity stake in his MMJ dispensary because it’s a not-for-profit operation. But he would consider giving a landlord an equity stake in any future for-profit rec business.

Another option is to offer to buy the building from the landlord, according to Brooke Gehring, CEO of Live Green Consulting in Denver and the owner of four MJ retail outlets and two cultivation centers.

“We have bought some of our buildings, so I am both a landlord and a tenant,” Gehring said.

Locate in a Distressed Area

Just like renting or buying a house, you’ll no doubt find better deals in areas that are economically distressed.

“Anyplace near Boston is hot and you will pay top dollar,” Hudson said. “There is just no getting around it.”

For future stores, he plans to scout areas that are not as hip as Boston, where the municipalities might welcome the economic impact of a profitable business.

On the other side of the country, Cisneros said a traditional retail space in Washington state can be 20%-45% cheaper outside the heart of Seattle.

Offer to Improve the Property

Another tactic is to offer to pay for tenant improvements. That way, you may be able to get a break on the lease

In Hudson’s case, he paid for several tenant improvements, such as vaults, lighting and upgraded heating, cooling, ventilation and electrical systems. He even paid to have a stucco-like insulation material placed on the outside of the concrete building. The landlord did, however, split the cost of putting on a new roof.

Know When to Walk Away

It’s also worth remembering that no deal can be better than a bad deal.

Cisneros recently advised a cannabis client to walk away from a deal in Tacoma, Washington, when the developer asked for so much money that it was “highway robbery,” even for someone in the marijuana business.

“It’s like that old Kenny Rogers song: ‘Know when to hold ’em. Know when to fold ’em,’” Cisneros said.