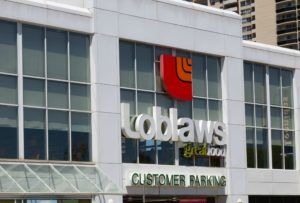 (This story has been updated with a statement from Couche-Tard.)

An opportunity to exclusively operate New Brunswick’s recreational cannabis retail, wholesale and e-commerce platforms has drawn interest from a wide range of companies, including Canada’s largest food retailer and the biggest marijuana producer in the country.

The province will evaluate the proposals in the coming weeks in anticipation of a successful private operator being chosen this spring, according to a news release. The process will be overseen by a third-party fairness monitor.

The future of the 20 Cannabis NB stores is uncertain, as the request for proposals (RFP) does not require a winning proponent to keep the stores open.

New Brunswick announced last year it was looking to pivot to a private model after its government-owned franchise, Cannabis NB, failed to turn a profit since its launch in late 2018.

The province’s RFP notes that this is not necessarily a sale of Cannabis NB but, rather, a sale of the right to operate adult-use cannabis retail, wholesale/distribution and e-commerce on an exclusive basis over a 10-year period, with two five-year renewals.

Loblaw – a leader in the country’s supermarket industry – has been interested in expanding into the recreational cannabis space since early 2018, when some of its locations in Newfoundland were among those selected as “qualified applicants” to become licensed cannabis retailers.

Convenience store operator Couche-Tard is in the mix via its investment in cannabis retailer Fire & Flower.

“Alimentation Couche-Tard aims to become a leader in the cannabis industry in North America and our strategic investment in Fire & Flower reflects this objective,” the company said in a statement to Marijuana Business Daily.

“With its retail stores and online sales platform, Fire & Flower is our growth vector in the cannabis market, both in New Brunswick and in the rest of Canada, to reach new consumers as markets develop.”

The province anticipates executing an agreement by July 3.