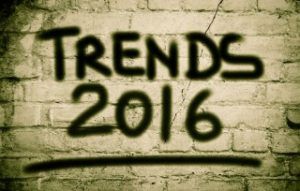 This is the second piece in a three-part series examining key marijuana business developments in 2015 and exploring what lies ahead for 2016. You can read the first piece here.

The next 12 months are expected to be historic ones for the cannabis industry, both in the United States and abroad.

New markets will come online, an unprecedented number of states and countries could legalize either medical or recreational marijuana, and the number of business opportunities will be bigger and better than ever.

“Over the past six to eight years, we made a lot of progress in this industry, especially last year and this year,” consultant Avis Bulbulyan said. “But come 2016, I think we’re going to make more progress than all those years combined. This is going to be the breakout year for this industry.”

The landscape for marijuana cultivators, retailers and other businesses in the industry will also continue to evolve, which might have some immensely positive – and potentially negative – consequences.

With that as the backdrop, Marijuana Business Daily spoke to a handful of industry insiders and asked what types of business trends they expect to see play out in 2016.

Here’s a sampling of what they said.

There have been warning signs of over-saturation in some markets for over a year now, which could lead to price wars.

That hasn’t happened in most markets yet, but longtime cultivator Greta Carter, who has businesses in Washington State and Nevada, thinks 2016 will be the year that growers reach a major tipping point.

She believes scores of commercial growers will get into oil production and extraction to make the most of their overstocked inventory, and that in turn will lead to a big drop in prices for both flower and cannabis oils.

“With the over-cultivation of flowers, farmers have become what they believe is innovative in purchasing oil-making machines, and now what we’re seeing is we’ve just shifted the over-saturation of flower to the oil business,” Carter said.

One side of cannabis that hasn’t yet been fully realized is medicinal applications, due to various obstacles and roadblocks to serious scientific research. But that’s changing quickly, and Colorado marijuana businessman Andy Williams thinks that will alter the face of cannabis retail.

“It’s such an emerging field of study that it’s almost mind-blowing to think about. It’s hard to imagine the possibilities that we’re going to realize,” said Williams, the owner of Denver-based Medicine Man, which specializes in both medical and recreational marijuana.

Williams believes that research projects underway across the nation and internationally are going to lead directly to new products for MMJ patients, and that’s going to seriously affect what vendors such as Medicine Man offer customers. He said he expects to see cannabis-based products used for IV feeds, suppositories and new types of non-smokable medicines that probably haven’t even been conceived of yet.

Infused products companies haven’t scratched the surface yet, but they could start doing so in a big way this year.

“The biggest trend in the edibles sector next year is going to be probably new product development,” said Patrick Devlin, co-owner of Washington State-based Db3, which makes infused products. “People are being very, very creative.”

Devlin said he thinks one area that has yet to be really tapped is topicals.

As more research delves into the various uses of cannabinoids and how they can be used for different applications, there will likely be more specialized topicals that deal with differing conditions, or that cater to different demographics.

Kind Financial CEO David Dinenberg believes 2016 will be the year established marijuana companies that have been around for several years will be rewarded for their tenacity. Those companies, he said, are well-positioned to grab the attention of the growing number of serious investors that are getting ready to throw millions into the marijuana industry.

In general, companies that have been around for a few years and have market penetration are likely going to benefit the most in 2016, especially as more accredited and institutional investors begin to look more seriously at the cannabis trade.

Now that the cannabis industry is truly coming into its own and businesses are becoming really profitable, major stakeholders in companies are squabbling more frequently, said California attorney Henry Wykowski.

“Now that many of the dispensaries that opened several years ago are strong in their presence and financially, many of the original shareholders are starting to fight amongst themselves,” Wykowski said. “In the last five months, we’ve probably been retained in six of those types of cases. And that’s likely to continue.”

Wykowski said his San Francisco-based firm has been involved in such cases in not just California but also Colorado and Michigan. And those types of legal battles are only likely to escalate at time goes on and the industry begins to do even better.

That means more companies will certainly begin paying closer attention to the details when they hammer out shareholder agreements, Wykowski predicted, especially when it comes to investors getting equity in businesses.

Industry at Large: Emergence of Branding and Marketing

Consultant Bulbulyan – who has worked with cannabis businesses of all stripes for nearly five years – said the industry will take major steps forward this year in promoting their products and brands.

“Hands down, number one, the biggest change you’re going to see in this industry this year is going to be branding and marketing of products across different sectors.”

Up until about a year or so ago, most marijuana-related companies didn’t put much thought into branding. But it’s becoming more important as the industry continues to boom and as companies look for ways to set themselves apart from their competition.

Bulbulyan cited a few companies that have already latched onto the importance of branding (all of them infused product makers), including Kiva Confections, Dixie Brands, Zasp and Varavo.

“It’s the kind of product where if you’re a consumer, and you see it on the shelf, it creates a certain level of trust in the product because you see the type of time and resources that went into the packaging,” Bulbulyan said. “Whether it’s growers or other businesses, everyone is going to be focused on branding.”

Chart of the Week: Recreational Cannabis Surplus in WA Squeezing Growers
Batter Up: The Next States to Legalize
A Multi-State Harvest
Leave a Reply Cancel reply
@MJBizCon 2020
MJBizCon 2020 Live Content Has Concluded