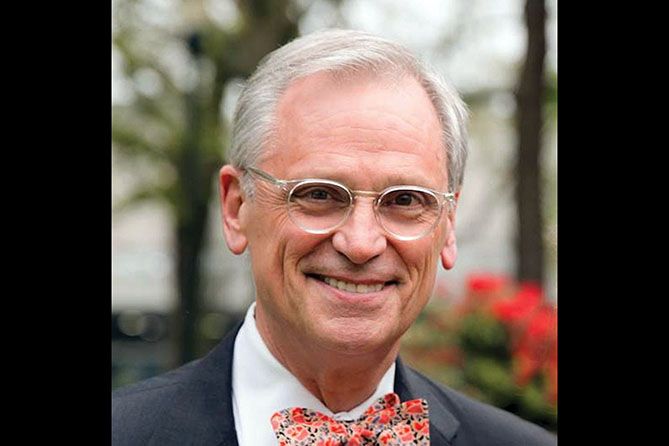 Earl Blumenauer has passionately advocated cannabis reform for about as long as any congressional lawmaker.

The Oregon Democrat, who has been a member of the U.S. House of Representatives since 1996, has sponsored bills to legalize marijuana federally, provide tax equity to cannabis businesses, support medical marijuana research and ensure veterans’ access to state MJ programs, to name a few.

Blumenauer came out with an eight-page blueprint for action in advance of the 2019 congressional session. Many of those goals already have been realized, including cannabis reform hearings and key votes such as the historic passage of the SAFE Banking Act by the full U.S. House.

But the big one—federal legalization—lingers, although Blumenauer does believe there’s a “good chance” the House will pass such a bill this year: the Marijuana Opportunity Reinvestment and Expungement (MORE) Act of 2019.

I distributed our blueprint before the (2019) session began, and we’ve been largely successful. The big critical vote—and so impressive—is what happened on the banking bill. Every single (House) Democrat except one (voted for it). We’ve never had anything like that. And we had almost 40% of the Republicans. This was just an amazing symbol of the support going forward.

Another item that I think is extraordinarily significant is the work that took place with the House Judiciary Committee. There’s just been so much going on there (including President Donald Trump’s impeachment inquiry late last year). And in the midst of all that, (Committee Chair and New York Democrat) Jerry Nadler and his committee dedicated some top-flight staff to develop what I think is the best piece of (cannabis legalization) legislation. They not only developed it, drafted it and introduced it, but they passed it out of committee. That, too, is remarkable.

What can cannabis businesses realistically expect to see in terms of reform in 2020, when Congress is distracted by so many other issues, including the elections?

That distraction actually is a potential positive because, yes, there’s lot of controversy and discord. But in the midst of all that, this is one of the areas where there’s been an increase in attention. All of the (cannabis) legislation has bipartisan sponsorship, and the votes have all been bipartisan. So I think, gee, this might well be what people would like to have in a period of controversy and turmoil.

You’re pretty optimistic. Do you see a scenario where a reform bill could pass the Republican-controlled Senate?

Yes. The banking bill had overwhelming bipartisan support in the House and supporters in the outside world—not just cannabis activists and advocates. We’re talking about the credit unions and the banking associations. These are mainstream, mainline nonpartisan organizations that have clout in the political process. It’s hard to think of something else that has more broad-based support. … I think there’s an opportunity. It’s not a sure thing, but you can see a path going forward.

I know you’ve been very concerned about the tax equity issue and sponsored a bill to address 280E. Why hasn’t the bill gotten more traction?

It’s an issue I personally care deeply about, and it needs to be corrected. The problem is, it’s expensive to do it, and so, as a practical matter, it needs to be paired with other legalization that allows us to tax cannabis. As we come forward with legalization and a national cannabis tax, we’ll be able to tuck in the (tax) equity issue, and it will be relatively simple.

How important is the legalization issue for candidates this year?

It’s more important than ever, and candidates who are serious about winning the election will embrace this. For (Democratic presidential candidate) Joe Biden, the notion that he’s not in favor of full legalization is a pretty powerful signal that he’s out of touch.

Before we’re done, I think all the major candidates will embrace full legalization and add to the momentum. This is something that’s a winner for every man and woman running for Congress. It was very powerful in the last election.

I think over the next couple of months there will be an awareness of the power of the issue and the wisdom of reform. And I think by the time we get to the Democratic National Convention, this is going to be an important plank in the Democratic platform.