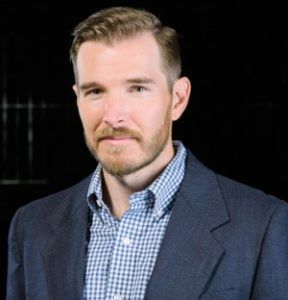 Marijuana extracts and concentrates are perhaps the most cutting-edge niche of the entire cannabis industry, with technology, practices and products that are constantly evolving.

Matt Gaboury worked in cannabis extraction for several years before starting a concentrates company, Cultivar, along with another firm, Calyx King Consulting, that helps businesses in this field.

Marijuana Business Daily sat down with Gaboury to ask about some of the newer developments on the extraction and concentrates scene and how he sees this part of the industry developing.

Tell me about the direction the concentrates market it going. Are you working with any new technologies these days to maximize potency?

Distillate is a secondary extraction process. Basically what we do is we take the CO2, and we’re able to get much higher concentrations. We can take an oil that is, say, 70% THC, and then through this secondary process we’re able to refine it and get upwards of 95-97% THC.

People are making it with various different garden compounds, but you have to go through a first extraction process, whether that’s with butane making BHO, or with ethanol, or if you do just a raw plant extract.

What we do with a CO2 extractor is you get your primary extraction, and then a secondary extraction on top of that, to get a more refined, pure compound.

Are you coming up with new products based on new technology?

Rosin was developed over the last 18 months, and it’s still not really up to an industrial standard. So people are producing it, but they’re producing on a really small scale, just because it has yet to be unlocked in terms of how you scale it up.

It’s more of a connoisseur product. But it’s solvent-less, meaning that (rosin doesn’t have any) CO2 or butane or any of these solvents that have been getting a negative stigma in the media.

Rosin is simply taking the raw plant material, and through heat and pressure, just extracting the trichromes and the cannabinoids out of it.

What we have is a press system, like a large press, with two heated plates that make contact with each other, and we basically press (plant material) down with this 25-ton press, and it applies all this pressure and heat at the same time.

The rosin or the extract just goos out of the plant, and you’re able to capture it. And that’s a pure extract.

Is “rosin” the name of the process or the final product?

Right now, kind of both.

Give the benefits of avoiding solvents, do you think this particular process is really going to take off in popularity?

Absolutely, for multiple different reasons. There’s the health implications of having heavy amounts of residual solvents in extracts. People aren’t purging properly, and there aren’t testing protocols in place in some states. There are negative health consequences with that.

However, with rosin, because you’re not using any sort of solvents or explosive process, you don’t have to go through the same regulations. So it’s something that in the states where we see this panic about (butane) labs, rosin is really going to come in and take its place, because rosin is really closest, in dabbable form, to butane hash oil.

Are there any other benefits of the rosin process or product?

The quality of rosin is so much better than any other concentrate.

You have to be very talented to be a (butane hash oil) artist, to create something that retains terpenes. Terpenes give it the flavor, the nose, the smell, a lot of the entourage effect. But the rosin is much more terpenes.

A good BHO artist can keep those terpenes in there, but most of it on the market has almost all the terpenes removed, so it’s devoid of its original flavor or taste profile.

Whereas with rosin, since you’re literally just pressing that bud, it retains so much more of that, and the flavor and the smell is just exceptional. That’s why it’s currently a connoisseur product, because very few people are doing it, and it’s very high quality.

Correction: The original version of this article misidentified Gaboury’s extract company as Cultibar. The name of the company is Cultivar.

GW Pharmaceuticals Could Make Major Splash in U.S. Cannabis Industry
Oregon Marijuana Banking Bill May Be More of a Symbolic Win Than a Game-Changer
Chart of the Week: Snapshot of Cannabis Employment Growth in Colorado