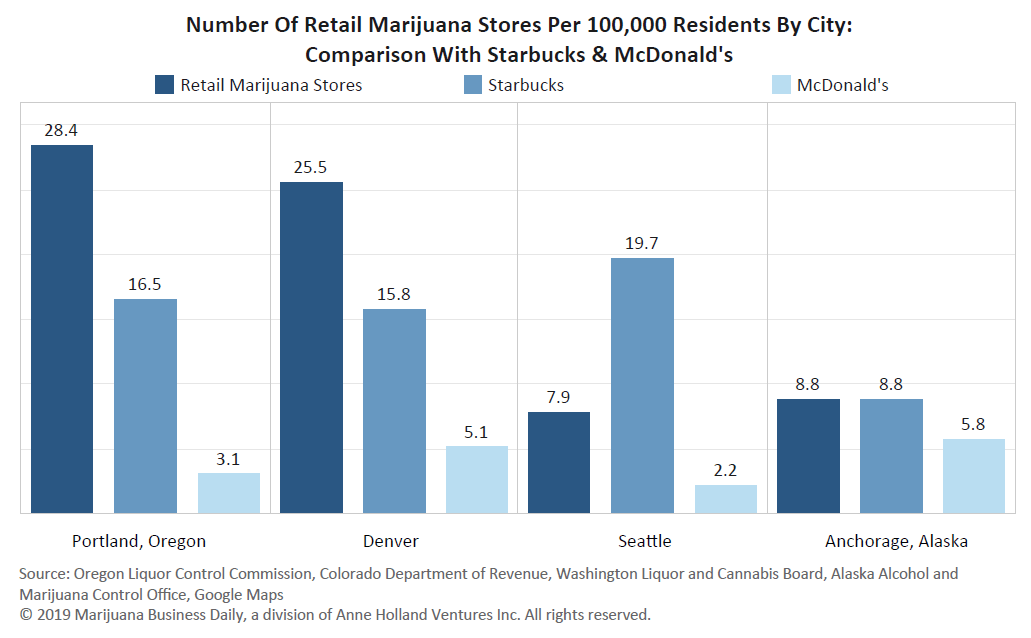 As competition between cannabis retailers grows, so does the number of stores in mature markets, where the relative density of marijuana shops has surpassed that of Starbucks in many.

The recently released Marijuana Business Factbook estimates that in Denver and Portland, Oregon, for example, marijuana retailers outnumber Starbucks by close to double, while in Anchorage, Alaska – a newer market – the two are tied for density.

Seattle – the hometown of Starbucks – bucks that trend, with the coffee giant maintaining a significant lead over cannabis stores.

The relative proportion in each of these cities can be partly explained by state regulations:

McDonald’s, another iconic and recognizable brand, was outpaced in all four markets.

A lesson that can be taken from the data is that if customers have a less-than-positive experience at any given recreational cannabis store, they likely have dozens of other shops in the same vicinity they can visit instead.

Moving forward, retailers will need to provide consumers a compelling reason to visit and return, such as low prices, exceptional service, quality product selection and convenience.