Multistate marijuana company MedMen Enterprises has closed a non-brokered private placement worth $10 million that will be used “to drive” new store openings in Boston and San Francisco.

MedMen sold $10 million worth of units at 32 cents per unit. Each unit includes one subordinate voting share and one share purchase warrant redeemable for an exercise price of 35.2 cents per share within three years.

The company plans to open its location in Boston’s Fenway neighborhood in late summer or early fall, and the two San Francisco locations are expected to open in the fall.

“As we accelerate construction for new store openings in our Fenway and two San Francisco locations we are repositioning our narrative from one of turnaround to one of growth,” MedMen Chair and CEO Tom Lynch said in a news release issued Monday.

Los Angeles-based MedMen has been trying to reverse its troubled financial situation.

The company reported a $9.7 million net loss for its most recent quarter, which it described as “the best net loss result in MedMen’s history as a public company.”

The company raised $10 million in January to help address its financial woes and in March raised roughly $16 million to fund its plans in the Florida medical marijuana market.

The company’s shares trade as MMEN on the Canadian Securities Exchange and as MMNFF on the U.S. over-the-counter markets. 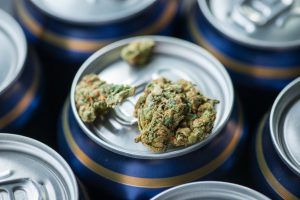