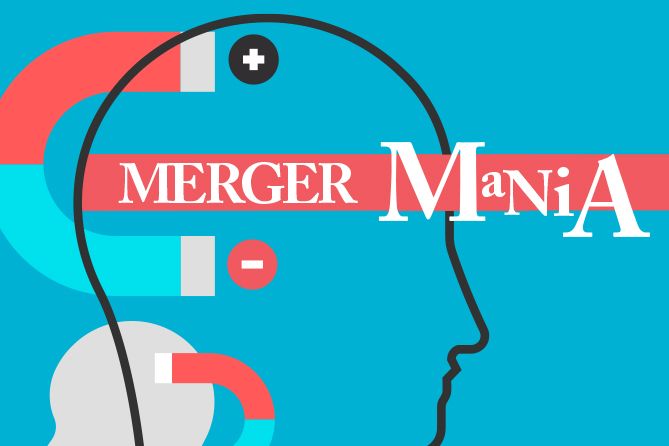 As M&A activity heats up in the cannabis industry, a look at the right and wrong ways to do a deal

Consolidation is sweeping through the marijuana industry. Companies are snapping up rivals to expand their geographic footprint. Cannabis entrepreneurs are unloading their companies while their businesses are strong and can fetch a hefty price tag – a common occurrence in more mature industries. And new entrants to the MJ industry such as lawn and garden giant Scotts Miracle-Gro are buying assets to gain a toehold.

According to Viridian Capital Advisors, a New York financial and strategic advisory firm focused on the cannabis industry, marijuana-related companies completed 105 mergers and acquisitions this year through the first week of September. That’s more than triple the 51 deals completed in the same period in 2016.

Successfully completing a merger or acquisition can be challenging in any industry. But in the highly regulated cannabis sector, special care must be taken to avoid putting your company in a high-risk situation. Section 280E of the federal tax code, for example, prohibits marijuana businesses from benefits enjoyed by other companies, including tax deductions for leasing property or paying salaries. So it’s crucial to thoroughly examine tax documents when involved in a cannabis M&A deal.

In short, there are right ways and wrong ways to execute a deal – whether you’re the buyer or seller.

A merger or acquisition, for example, must fill a need – such as allowing your company to operate more retail outlets – and mesh with your firm’s business model. It also helps if the two companies have similar corporate cultures and missions. Sellers, meanwhile, need to structure the transaction to ensure they aren’t grossly overpricing the company.

There are also some red flags buyers and sellers should be aware of. Warning signs might include falling revenue, shoddy bookkeeping or pending lawsuits. You don’t want to buy a proverbial lemon or sell your business to a company that can’t fulfill its end of the bargain.

“If you find two or three or four things, there’s enough risk and uncertainty that you might not want to do that deal,” said Hadley Ford, co-founder and managing director at iAnthus Capital Holdings, a New York-based marijuana investment and operations company which owns U.S. cannabis businesses.

Below are tips and advice from industry veterans about the right and wrong ways to structure an M&A deal.

If you’re selling your company, your goal should be to get as much cash as possible up front, according to Scott Greiper, Viridian’s president and founding partner. Cash is king, so to speak.

By contrast, stock deals – in which you receive shares in the acquiring company – require more scrutiny.

“If we are taking back stock, we have to make sure that the stock has value and that the buyer is on a growth path so the stock has a chance to increase in value,” Greiper said.

In addition to stock and cash, sellers could have the option of taking a so-called earnout, in which a seller can get added money down the road in lieu of a higher upfront price. For example, an earnout might equal 5% of your company’s gross sales in the three years following its sale or an additional grant of stock or cash contingent on the achievement of some predetermined milestone.

But that can be risky, especially if it’s unclear how the business will perform under new ownership.

In general, the more experienced and well-capitalized a buyer is, the better it is for the seller. If the buyer has completed other acquisitions, the seller should be able to talk to those companies about their experiences.

“If a buyer has to raise capital, that presents enormous risk to the seller,” Greiper said. “We always look for buyers who have cash on hand.”

To help expedite any sale, be sure all your documents are in order so a potential suitor can more easily see what he or she may be purchasing. Such documents might include operating agreements, board consents, corporate contracts, loan documents and stockholder information. In short, you want to make it easier for a potential buyer to get a clear grasp of your company’s financial and legal health.

“Generally, a buyer is going to want to review all of this information, and if it is not in order or incomplete, the buyer will view the seller’s business as not as valuable or will pass on the deal entirely,” said Steve Levine, who established the cannabis practice for the law firm Husch Blackwell’s Denver office.

Have a Clear Purpose

A merger or acquisition must fit into your company’s business model.

“A merger without purpose is a disaster,” said Steve White, the CEO of Harvest, a multistate medical marijuana company based in Tempe, Arizona. In July, the company merged with Modern Flower of Guadalupe to create what Harvest billed as Arizona’s largest MMJ operator – one with more dispensary licenses and cultivation facilities than any other in the state.

“I see a lot of people acquiring an entity or an asset because they think it’s cheap,” White added. “But it doesn’t end up fitting with what their company is trying to do and it can be a problem.”

In Harvest’s case, the company realized it needed more outlets to sell its products, according to White. Previously, Harvest had invested heavily in cultivation and production capacity. It operated two dispensaries, in Tempe and Scottsdale.

But when White and his team saw more companies entering cultivation and processing, they wanted to ensure Harvest had retail outlets to sell what the company produced. So they started searching for a partner that could provide a platform to increase sales. With six dispensary licenses, Modern Flower fit the bill.

“It was identifying a need based on market conditions and finding an appropriate partner that could address that need,” White explained.

During due diligence, buyers should make it their mission to find out as much as possible about the company they’re considering acquiring.

For starters, you want the two companies to have similar cultures and missions so there’s no friction down the road, White said. During the 30- to 90-day due diligence period, carefully examine the company and all its documents to ensure you are acquiring precisely what you think you are and that the company you’re buying can be integrated into your organization seamlessly.

“If you are able to find an asset that fits with what you’re trying to do, learn as much as you can about the people you are acquiring and vet very carefully the legal team you’re going to use to help you with structure, due diligence and documentation,” White added.

From the buyer’s perspective, it’s also important to take a close look at the seller’s management team. Sometimes, the management team of a company that’s for sale lacks experience. The company, for example, might be operated by people who were in the industry when marijuana was still illegal. They might lack management savvy.

“It doesn’t make them qualified to raise $10 million and know how to invest that money wisely to grow their business or acquire another company,” Viridian’s Greiper said. “Management presents the most risk to a buyer or investor. You don’t want a master grower running the business.”

Levine emphasized that a buyer must have a clear picture of what he or she is acquiring – especially when it comes to liabilities – to ensure the deal is properly structured. That means combing through documents supplied by the acquisition candidate, including litigation matters, employment agreements, customer lists, benefits, insurance policies, regulatory matters and tax returns.

Before sharing any information, the seller and buyer must enter into a proper nondisclosure agreement or an actual purchase agreement that provides for a due diligence period before the deal closes and a confidentiality agreement. The seller must ensure that there is a legally enforceable nondisclosure document.

“There are a lot of considerations that go into whether it’s a stock, asset or a merger deal,” Levine said. “We usually see them structured as asset deals. If you buy the stock of the company, you’re also buying all their tax liabilities. In an asset deal, you’re able to pick and choose what you want to buy – the real property where a cultivation is located or the licenses for a dispensary.”

According to Ford, iAnthus completes only 3% of the deals it looks at.

Warning signs that could indicate an acquisition target isn’t a good fit include declining revenue or sloppy bookkeeping. His company also looks at locations, previous successes, brand performance and price.

“We looked at one company where someone had signed some tax forms but wasn’t listed anywhere as part of the company,” Ford said.

If there’s a lawsuit or other liability attached to the company, there must be an agreement between the parties as to who is responsible and funding must be set aside until the issue is resolved.