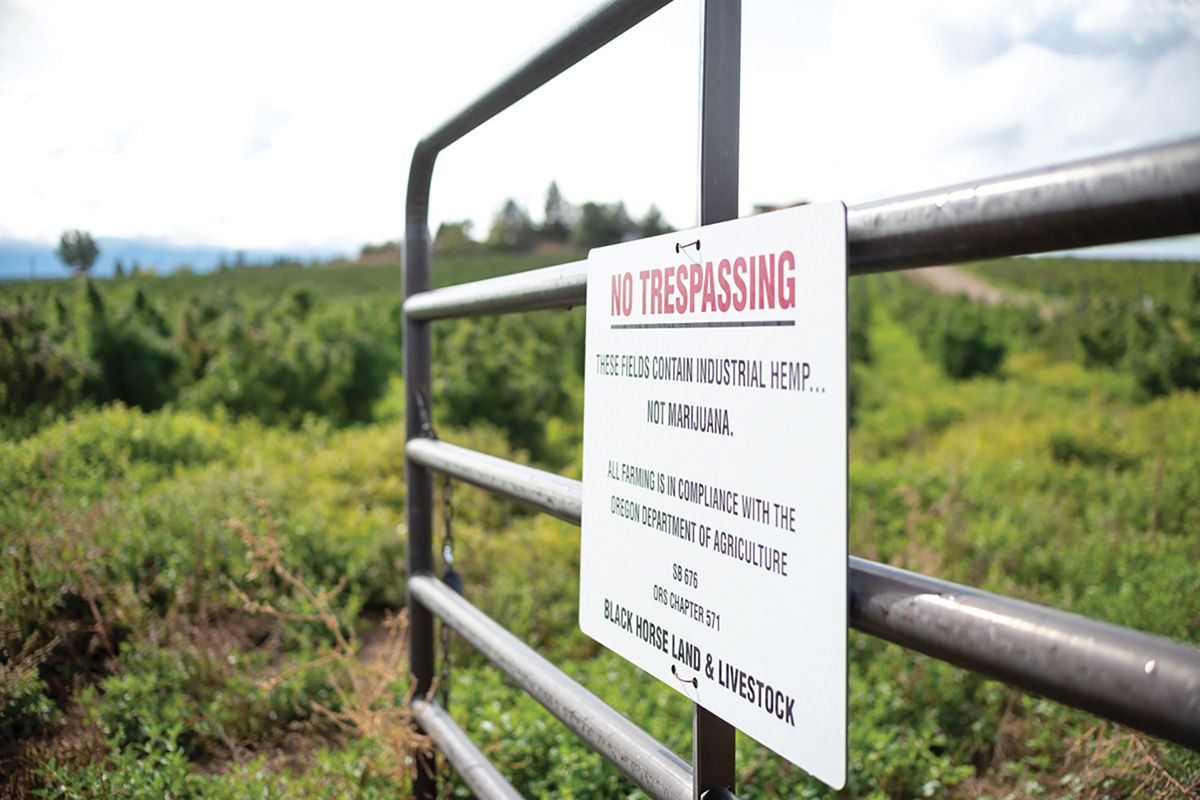 Will 2020 be the year of the cannabinoid CBG? That’s what some hemp producers are betting after a year of overproduction of CBD, especially after the U.S. Department of Agriculture (USDA) released interim final rules for federal hemp production under the 2018 Farm Bill. The new law imposes stringent THC testing protocols that farmers say will make growing hemp for CBD production more difficult.

Hemp farmers are looking to diversify their production options—and go after larger profits—by sourcing genetics that will allow them to grow novel or minor cannabinoids, including CBG, CBN, CBDV and others that are currently high in demand because few growers are producing them. While industry observers warn producers to be careful to source genetics only from reputable breeders, they expect the boom for minor cannabinoids could be as big or bigger than demand for CBD once consumers catch on to the benefits they offer.

Like CBD, minor cannabinoids are nonpsychoactive and can be used in topicals, edibles, beverages and even smokable flower purported to:

“The lesser-known cannabinoids are going to be the most crucial part of this whole puzzle that we’re doing right now in cannabis,” said Wesley Ray of Combined Hemp in Bend, Oregon.

Ray and his partner, Shannon Little, produced 7 acres of CBG and 28 acres of CBD in 2019. A former medical marijuana grower turned hemp farmer, Ray leaned on experience to salvage his crop after a damaging hailstorm in August.

The CBG-dominant plants, which finish earlier than Combined Hemp’s CBD varieties, were in flower when the hailstorm hit, but the couple was successful in bringing the crop back after it was nearly flattened. Despite the hectic season, Ray said CBG flower sold for 165% more than CBD flower and 600% more than biomass. Other minor cannabinoids such as CBN are selling for even more because they’re in such short supply, he said.

That higher margin is what Hemptown USA is banking on. The Canadian-owned, vertically integrated, multistate hemp company headquartered in Central Point, Oregon, has plans to potentially stop growing CBD altogether in 2020, according to president and
co-founder Michael Townsend.

He estimates that Hemptown currently holds 40% of the CBG market share in the United States but expects the company’s share will drop to 10% as more growers begin to produce the cannabinoid and cause the price to fall. Interest in CBG has skyrocketed over the past year, but with a new autoflower CBG variety, Townsend said Hemptown could maintain its “leg up” in the market a bit longer, as the company will be able to produce another spring crop in California.

“Good-quality CBD biomass running at about 12% (concentration) would be about $20 a pound. And for CBG, it’s in the $260-$270-a-pound range for the biomass and somewhere between $600 and $800 a pound for top flower, depending on the quality,” Townsend said.

Many hemp farmers who don’t want to risk testing “hot” with their CBD hemp crops will likely be switching to genetics for CBG production, predicts Mike Leago, founder of the International Hemp Exchange and Chief Operating Officer of High Grade Hemp Seed, both headquartered in Colorado.

“What we’re seeing on the true CBG varieties is that they really don’t want to produce the THC, so you can push the plant pretty hard and pretty long and still fall within that total THC compliance—even coming close to total THC compliance in Europe, where it’s 0.2% instead of 0.3%,” Leago said.

He added that because of those lower THC levels, farmers will be able to grow plants to maturity and yield more flower and biomass by producing CBG genetics. CBG production might be especially ideal for farmers producing for the smokable flower market, according to Leago.

“The smokable market is taking a big hit with the new USDA ruling, so we’re going to see a lot less trimmed, smokable flower on the market as a result,” Leago said. “CBG might be one of the few (options) where you can actually have trimmed flower and be truly compliant.”

Townsend said his goal is for Hemptown to stay ahead of the market by continuing to produce minor cannabinoids as genetics become available.

“Our geneticist works about three seasons ahead, and I don’t know what they’re growing for three years out, but it will be available to us,” Townsend said. “The next two years will be CBDV and CBN.”