“I was in New York looking for major investors two years ago,” said one of the speakers, Tripp Keber, director of Medical Marijuana, Inc. (OTC: MJNA). “Nobody would invest. The fact that all the seats in this room are filled, and you even sold out standing room-only tickets, is both ironic and incredibly heartening.” Today, Medical Marijuana Inc. is booming despite the previous lack of investor interest, with fourth- quarter 2012 revenues surging 1,100% from the same period a year earlier.

Speaker Jessica Billingsley, co-founder of MJ Freeway Software Solutions, also noted she and her partners had spent a great deal of time in the past seeking private equity, only to be turned down. In fact, she labeled it one of their biggest mistakes. “We should have put that time instead into focusing on growing our business,” she said. MJ Freeway wound up turning to private connections for bridge loans.

Now her company is profitable and the political climate is more favorable – and those same equity firms are calling saying they’re ready to invest in return for some equity. “Well, we don’t need them now,” Billingsley siad. In fact, she and her partners have joined an MMJ angel funding group as investors themselves to back more companies in the industry.

Speaker Erik Williams, president of the Connecticut Medical Cannabis Business Alliance, warned investors in the crowd that they could miss out on huge opportunities if at least a few banks have a change of heart and start funding MMJ companies, which he thinks may be imminent. “If we can get bank loans, hey, we’re a heavy cash flow business. We won’t give up equity anymore.”

Several attendees echoed Williams’ reading of the bank situation, saying some financial institutions could consider entering or reentering the market – possibly even this year – although no one could point to a bank in particular.

280E (or “280Eeeeek” as Williams called it) was also a frequently mentioned concern. This tax code, which the IRS has used as a weapon to penalize state-licensed medical marijuana producers and dispensaries, disallows all business cost deductions that are allowed to all non-cannabis businesses.

That doesn’t mean Williams is against legitimate taxation, especially on the state level as a political tool to safeguard the industry’s continued legality. “We’re the only industry that’s begging to be taxed,” he said. “Once they get that needle in their vein, they’ll never want to cut it off.”

Keber noted that current federal regulations against cannabis are not only hurting the US because his company’s CBD-infused products rely on imported hemp extracts, but also because hundreds of millions of dollars that US entrepreneurs could be making is instead finding its way into the hands of Mexican cartels, with their associated violence.

Note: MMJ Business Daily will host a second Investor & Entrepreneur Seminar in New York in June. Click here to add your name to the ‘alerts’ list to be sure you’re invited. 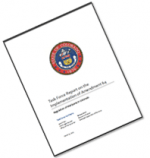