The Obama administration has repeatedly sidestepped the issue of marijuana legalization in Colorado and Washington, offering vague comments that leave cannabis entrepreneurs in limbo.

The marijuana industry – as well as state officials trying to craft rules covering the production and sale of cannabis – have no choice but to read between the lines every time someone from the administration says anything about the issue, no matter how small.

A similar scene played out once again this week, when Gil Kerlikowske – director of the Office of National Drug Control Policy – responded to direct questions about the legalization of cannabis for adult use during an interview with the Canadian publication Maclean’s. Not surprisingly, he shed little light on the situation. If anything, he obfuscated it even more.

Kerlikowske basically repeated the same line Obama and other officials have used in the past: Enforcement of marijuana laws will remain the same.

When asked about the government’s position on producers and distributors of marijuana in Colorado and Washington, Kerlikowske offered a terse response: “You’ll continue to see enforcement against distributors and large-scale growers as the Justice Department has outlined. They will use their limited resources on those groups and not on going after individual users.”

He also said that having different states with different cannabis policies would “create real difficulties” because marijuana is still illegal federally. Kerlikowske added that the administration has “not done a particularly good job” of talking about cannabis and “where we should be headed on our drug policy” (though, notably, he didn’t attempt to do a better job of talking about marijuana during this interview).

His statements raise a host of new questions. Does this mean the feds will target retail cannabis businesses in Colorado and Washington that are in compliance with state laws? Or just large ones? Or just those that aren’t in compliance with state laws? What, exactly, is a “large-scale” grower anyway? If nothing has changed in regards to the enforcement of marijuana laws from a federal level, will the government challenge the state laws? Should Colorado and Washington halt their work establishing rules for the production and sale of marijuana? Are state employees at risk of prosecution?

Reactions to the interview are all over the board. Some view his comments in a positive light, saying they indicate that Kerlikowske is “frustrated” with the administration for not taking drug policy reform seriously. Others say it’s a good sign that the nation’s drug chief and the administration have not come out directly against retail cannabis operations in Colorado and Washington in very forceful terms (as in “we will consider all retail shops illegal and will seek to close them down”).

But plenty of observers take a much more skeptical view. Some say the administration has clearly not changed its tune on cannabis at all, citing  Kerlikowske’s statement that marijuana is a bigger problem than prescription drug abuse. And a handful view his comments as a strong sign that the government will crack down on marijuana businesses in states that have legalized cannabis.

There’s also another way to look at this: Perhaps the government is being purposely vague because it still has no idea what it’s actually going to do about legalization and therefore wants to keep all its options open. It also likely does not want to encourage other states to go down this road.

Regardless, many people – from MMJ professionals, to lawyers, to state officials to entrepreneurs – are putting a lot of time, money and energy into figuring out how to make this work. Colorado and Washington are now in the process of drafting rules covering their respective cannabis industries, hoping it’s all for naught.

The urgency for the government to outline its thinking on the issue grows by the day. If the feds plan to challenge the law or prevent retail shops from opening but are not saying so now, they will cause a lot of chaos in the long run. 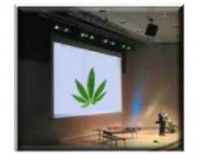