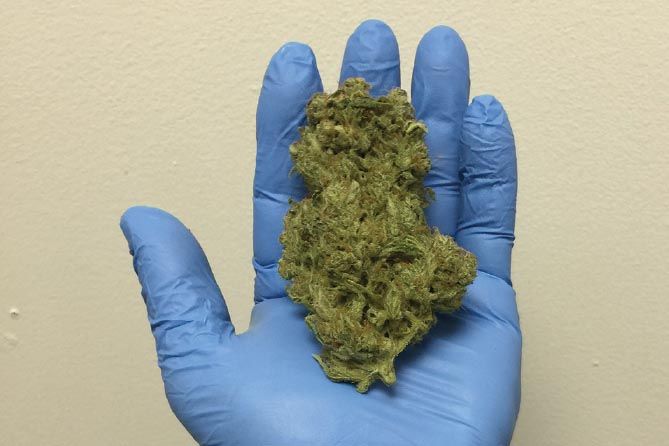 New Jersey’s medical marijuana program is considered one of the strictest in the nation. The state legalized MMJ in 2010, allowing just six nonprofit dispensaries that must grow their own cannabis. The limits on allowable forms of marijuana are some of the most restrictive in the country, with only dried herb, oral lozenges and topical formulations permitted.

For the most part, Republican Gov. Christie has shown little enthusiasm for medical cannabis. Moreover, a dearth of doctors has hampered the MMJ industry.

Valentin, the CEO of Montclair-based Greenleaf Compassion Center, said education was the key to getting his business off the ground. He met with local government officials, law enforcement and doctors to ensure they knew how medical marijuana can help people. Valentin also made sure he thoroughly understood the products on his shelves and which were the most suitable for different patients.

To connect with doctors and patients interested in learning more about medical cannabis, Valentin became adept at using social media and the Greenleaf Compassion website. He also nurtured customer loyalty by delivering personalized service. After starting with about 40 patients, Greenleaf Compassion now serves about 5,000.

But it’s been a slog.

“It was probably the most difficult challenge I’ve had yet,” Valentin said. “I’ve owned my own businesses for 15 years. To date, this is the hardest because of dealing with the state of New Jersey and the rules and regulations.”

Here’s his advice for succeeding in a tough market.

Valentin confronted the challenges of operating in New Jersey’s program by thoroughly understanding the products on his shelves – and which are best suited for particular medical conditions.

The state’s restrictive laws have made it tougher to give people the best treatment possible. The original law, Valentin noted, allowed dispensaries to offer just three strains of cannabis.

Valentin knew each strain has different properties that might be appropriate for, say, an adult battling cancer but not a child plagued by seizures. Using the proper strains, he’s helped a handful of patients kick the opiates they were taking for pain, and several who were struggling with nausea are now able to eat.

“Just based on their ailments, we know what strains are better for what condition,” said Valentin, a retired police officer who started the business because he has friends and family with debilitating conditions.

Reach Out to Docs

Getting doctors on board has been critical, though Valentin said the program needs more physicians to register with the state to recommend MMJ for patients. As of mid-February, just 432 doctors had registered – in a state with nearly 9 million people.

To confront the problem, Valentin reached out to doctors directly. He conceded it’s tough to get an appointment with a physician to discuss the issue. But, when he does, he tells that doctor about how the properties of different strains of marijuana can help the different qualifying conditions approved by the state.

“Doctors were hesitant because it’s still illegal at the federal level,” Valentin said. “The doctors are the ones who help patients register with the program. It’s very difficult for patients to find doctors who will help them.”

Valentin, who hasn’t used cannabis, also tackled the doctor issue by broadening his educational outreach. In addition to physicians, he scheduled appointments with city council members, mayors and police officers to talk with them about the ways medical marijuana can help people.

“I would start out with what the program is all about and the debilitating diseases that qualify a patient for it,” he said. “I tried to let them know that (cannabis) would at least give people with those conditions a better quality of life.”

Such educational outreach by Valentin and other industry officials has paid off. Valentin points to the small steps New Jersey has taken to broaden the MMJ program, including Christie’s decision last year to approve post-traumatic stress disorder as a qualifying condition.

Today, the state has 13 medical conditions that qualify for treatment with cannabis, and Greenleaf Compassion offers eight strains to treat each of them.

Use the Power of Social Media

Valentin also has turned to social media as a vehicle to reach patients and doctors who want information.

While Facebook shut down the accounts of three of the state’s five operating dispensaries a year ago, Greenleaf Compassion’s page remained live. (Valentin recently took it down for a major revamp.) Valentin said Greenleaf’s site wasn’t shuttered because it’s educational – rather than promotional like those of his competitors.

“We’ll put what different strains do for different ailments and information for doctors that is fact-based,” he said. “We’ll also have testimonials from doctors who have taken care of patients and seen the benefits.”

The Facebook page was expected to be back up in March, after this magazine went to press. Valentin also was planning to try Twitter around the same time but had not decided whether Instagram will be a platform for Greenleaf.

“I don’t want to do too many photos because there are patients in the dispensary,” he said.

Greenleaf Compassion’s recently revamped website, meanwhile, contains a vast amount of information about how New Jersey’s program works, as well as the different strains the dispensary offers. It notes, for example, that Blueberry Kush is “good for” sleep, pain, appetite, nausea, anxiety, inflammation and swelling. The site also offers advice ranging from how a minor with a debilitating condition can register with the program, to information about obtaining medical marijuana if a patient is unable to travel to the dispensary.

Looking ahead, Valentin has joined a group of marijuana-related businesses that’s establishing the New Jersey Cannabis Association, an educational organization that will help the industry reach doctors.

Working with people is what Valentin enjoys most, whether it’s educating doctors and the public or consulting patients. He’s used that passion to help his business.

Though he has about 20 employees, he prefers hands-on involvement over delegating tasks. He loves talking with patients about which strains will work best for their conditions. He even works the reception desk and will serve as a budtender.

That personalized attention has helped Valentin build customer loyalty and cement a real relationship with his patients.

One day, he recalled, a patient visited the dispensary and gave him a bottle of wine. The next came in bearing a banana nut loaf. Another brought fish he had caught and cooked, and Valentin’s final patient of the day came in with vegetables he’d grown.

“I walked out at the end of the day with dinner,” Valentin said.